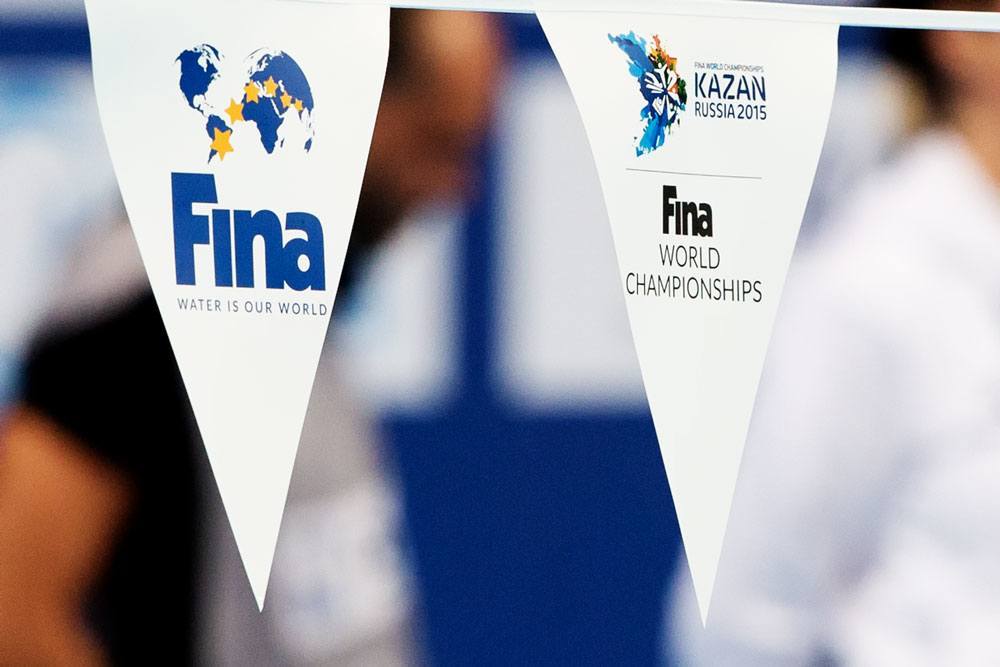 In many cases the seed times listed by Mexican swimmers at Worlds are all within 0.15 seconds of either the FINA “A” or FINA “B” qualifying standards and have been deemed false by source who wishes to remain nameless. Many are faster than what are believed to be the current Mexican National records.

The majority of the entry times submitted by the Mexican Swimming Federation to FINA were unverifiable, with no record of the swimmers ever swimming the entered times.

Mexican world championship team member Daniel Ramirez Carranza responded to a request to verify the entry times of the Mexican swimmers. Ramirez claimed never to have swum his entered times although he knew for a fact that he had qualified for the meet within the boundaries of the FINA qualifying times.

This year (May 2015) Mexico had a trial meet, which officially, was meant to select their Senior A and B teams. No Mexican swimmer made the A cut for the World Championships; therefore the Mexican Swimming Federation announced that even though several swimmers had B cuts, they weren’t taking anyone to the World Championships. Teams for the Pan American Games and  for the World University Games were announced (their A and B teams respectively). The Mexican swimmers who are in Kazan right now, were told to prepare for World University Games. The Mexican Swimming Federation made a mistake and forgot to make the entries for World University Games. When such information was released we were told to keep preparing, though they didn’t tell us where they were going to send us. We were told there was the possibility we might be going to Kazan around two weeks before leaving for the World Championships. Even when we were informed we were going to Kazan, none of us were aware of the events we were swimming, let alone the entry times; we realized such things ourselves by looking at the heat sheet when we were already at Kazan. Actually, none of us were sure if we were attending the World Championships or not until a few days before leaving for Kazan.

As said before, we were not aware of the events or entry times until we were already at Kazan; therefore, we decided to do our best effort to represent our country the best possible way. In exchange, we started to receive criticism from our own friends back in Mexico. Later on, we found out the article that SwimSwam released about the entry times. Some of us decided to keep swimming because we knew that none of us have anything to do with the decision that the federation made about the times. However other swimmers decided to scratch their events because of the several accusations we started to receive from diverse social media and journals back in Mexico. And we did not want to keep supporting the “suspicious” decisions made from the people about us.

SwimSwam has not yet been able to verify that all of Mexico’s world championship team supports this statement. Thus far, Mateo Gonazalez has confirmed his support. SwimSwam has reached out to other members of the team and this report will be updated as they respond.

Although it is not confirmed that there is 100 per cent support, the email sent by Castillo was labeled as being “from Mexican swimmers.”

One of the most important aspects of the statement is that the Mexican athletes did not know what they were swimming until they got to Kazan. That affirms their assertion that they had nothing to do with the falsified entries and were lied to by the Federation itself.

The statement by the swimmers is a response to a statement released Friday by the Mexican Swimming Federation itself.

In the statement the Mexican Swimming Federation indicates that it did make up the entry times, or simply adjust them in order to meet qualifying criteria. They said that this action was taken in order to help their athletes, mainly the ones that would attend the 2017 FINA World Championships in Guadalajara that have since been cancelled. It was also done to help athletes that for unspecified reasons couldn’t attend the World University Games or the Pan American Games.

It went on to say that the Mexican athletes were demotivated by the cancellation of the 2017 World Championships, and that the false entries were done for their benefit and without malice, ill-intent, or any impact on their athletes.

According to the Federation no other athletes’ presence was put in jeopardy due to Mexican participation and the entry times were accepted by FINA.

To view the statement in its original Spanish, click here.

Kiril Todorov, the president of the Mexican Swimming Federation, has deep ties with FINA. He’s currently the standing Vice-Chairman of the FINA technical swimming committee, the committee that controls swimming rules, policies, and competitions.

Along with their statement, Mexico has scratched all remaining relays at the World Championships.

FINA still has not responded to a request asking for an explanation of the entry times.

“Kiril Todorov, the president of the Mexican Swimming Federation, has deep ties with FINA. He’s currently the standing Vice-Chairman of the FINA technical swimming committee, the committee that controls swimming rules, policies, and competitions.” He is supposed to act according to his role, not in favor of his own interests, putting a bad reputation on behalf of all Mexicans. FINA should not punish Mexican Swimmers, FINA should step him down from his role.

What the mexican swimmer said is right. They didnt know until be there, until the competition. Now, do you think mexican swimmers should participated in
the Olympics?

Now the mexican federation has released a statment where they
say the International Swimming Federation had agreed to enter the
Mexican swimmers with falsa times.

Why was there not a qualifying time for the 10 year old from Bahrain? Yes it is cute to have a 10 year old swimmer, but even for 10 year old standards, 41 sec 50 fly is not fast for a regional meet, yet alone the worlds. How did she get there?

Hi Peter, there has been much focus on qualifying times this year because of the Mexico situation, but the short version is that countries without swimmers achieving qualifying times are allowed to send a certain number of swimmers within certain restrictions (genders, event entries, etc.)

This is the new changes promised by the new sport director Alfredo Castillo… What can we expect if he did not do a proper job in his last position in the Mexican government… In other hands… the Mexican Olympic Committee should not have the right to give an opinion… it is also a corrupted institution which is only thinking in its own benefit, and not the athletes.

In the Federation’s statement they also claim that FINA knew the whole time about the times.