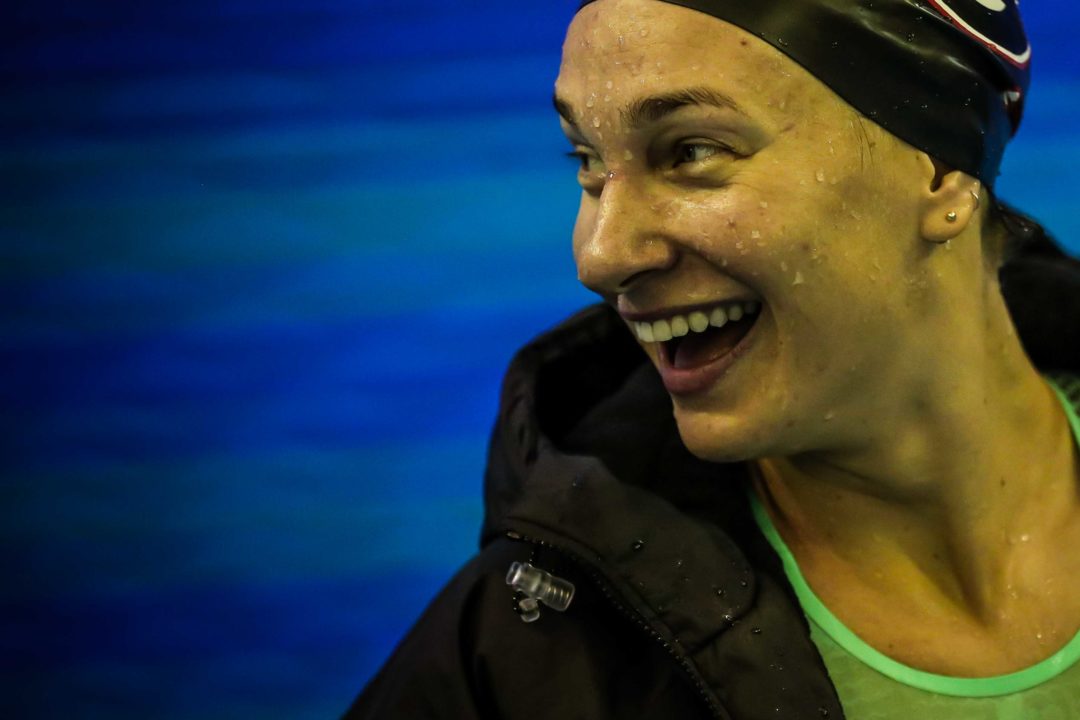 The Cali Condors are off to an electric start at the 2019 International Swimming League, having won the first 5 races of the meet. While that still leaves the team battle in doubt (London Roar outscored them in this 400 IM in spite of the Margalis win), the team has momentum, and in a bit of a flat meet overall so far, they’ve brought some speed to the tables.

Margalis actually was more measured opening up her race as compared to her DC swim,but went after the backstroke leg a little harder, and that made the primary difference in this record-setting swim.

Margalis was the 2018 World Championship silver medalist in the 400 IM in short course. She swam a 4:25.84 in that swim, which was her lifetime best coming into the ISL season.

Margalis’ new best time keeps her as the 8th-best performer in history. Spain’s Mireia Belmonte, who was 4th in 4:28.60 on Friday, owns the World Record in 4:18.94. Katinka Hosszu owns the U.S. Open Record (fastest on American soil by a swimmer of any nationality) in 4:21.21. Her team didn’t qualify for this final.

does she have a suit sponsorship ?

Dolphin at one point