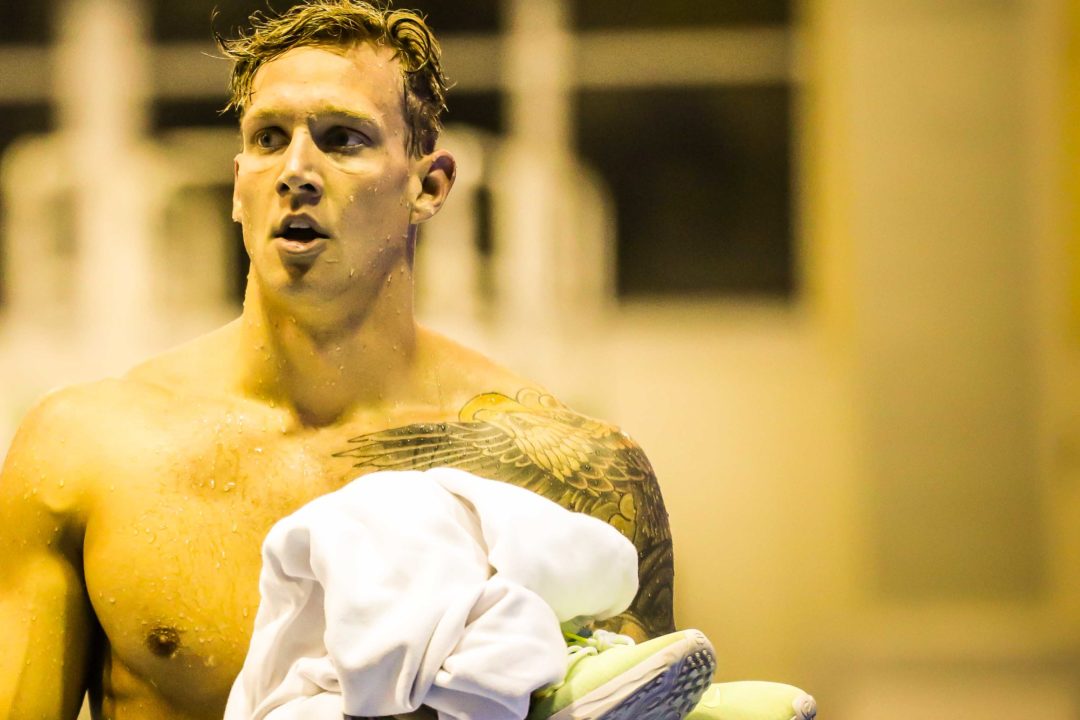 Dressel downed Manaudou's five-year-old record while the two swam next to each other at day one of the ISL Grand Finale. Archive photo via Jack Spitser/Spitser Photography

Swimming next to Florent Manaudou – the previous world record holder – at the 2019 ISL Grand Finale, the Cali Condors’ Caeleb Dressel reset the world record in the short course meters 50 free at 20.24.

Blink and you'll miss him!! 💢💣💥New world record for @caelebdressel 🥇and fastest swim on the planet in the Men's 50m Freestyle #ISL2019 pic.twitter.com/XdbOj9Ec77

The swim was Dressel’s third in under an hour. He had previously won the event twice this season (not including skins races) at the Naples (20.64) and College Park meets.

Energy Standard’s Manaudou was 20.69 for second place Friday, while London Roar’s Kyle Chalmers was third in 20.74.

His turn off the wall was amazing

Probably one of the best turns ever. That was crazy

But his turn into the wall was sub par

More to improve on. Bodes well for a potential sub 20

I noticed he glided in pretty bad for 50 standards

He actually was a bit slow into the wall…but yes, great recovery.. I think there was a 20.0 in that swim.

Chalmers performed better than expected by beating Manadou and did a PB.

he did both …so no need to insist

Would love to see chalmers and dressel in a 200 then

Chalmers has never really been a 50 swimmer, so this is entirely unsurprising.

It would help if you were a little less vague.

Gotta start wondering when sub 20 is gonna happen – you figure if dressel doesnt have three events before it, he woulda gotten close

His 17.6 scy should easily be a sub 20 in scm, so we can definitely expect it – assuming he takes scm seriously enough.

If he wants to?

The problem is SCM events are taken the least seriously of all three courses. If NCAAs were SCM like they were in 1999 you might see it