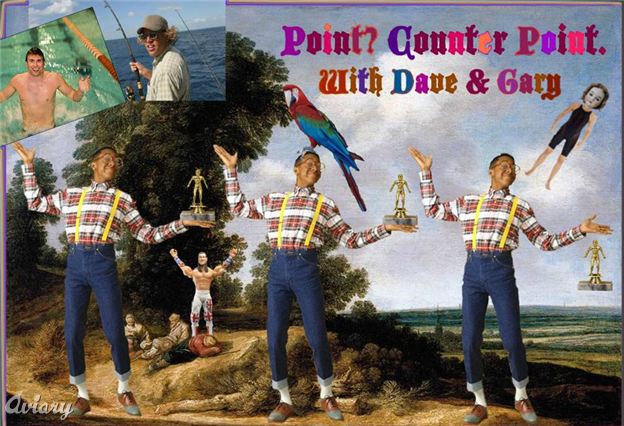 Garrett's interview was better, he knows it, so do you. But we also have Matt Farrell with us, the Ice Loves Coco of sports marketing for USA Swimming, a true genius. Stop by, you might learn something.

Gary: The Olympic Trials were a huge win, obviously, for the swimmers that qualified for the Olympic Games. But there exists a victor more awe-inspiring than Michael Phelps, Ryan Lochte and their combined entourages. What’s the plural? Entouragi? Anyway, I’m talking about USA Swimming.

Gary: The echo of the high fives exchanged between Rowdy Gaines and NBC producers reverberated through the scaffolds of the Omaha CenturyLink Center long after the legions of smiling swimmers and swimming fans exited the premises.

Whether you judge by television ratings or ticket sales or sheer awesomeness, USA Swimming has once again outdone itself with these Olympic Trials and has advanced mad-dog momentum for Team USA going into London.

We are privileged to have the Maestro of Marketing for USA Swimming, Matt Farrell joining us today. Thank you for stooping in.

Matt: Thanks for asking me, I think.

Gary: Matt, please excuse my associate. Ever since he became a lawyer it’s been like this. David, class up! I promised to keep you in check for this one. I’d prefer to keep you in the coat check.

David: It’s nine a.m. Gary. I wake up this early to watch the Today show, not speak. Savannah’s doing amazing things, not like you care though…

Gary (shaking head): Matt, I recall riding with you on a team bus in Rome at the 1994 World Championships. If at that time I had a crystal ball that provided a glimpse of the 2012 US Olympic Trials, it would have blown my mind. More than it already is. As a green marketing guy with USS in 1994 did you have a vision for the future that you’ve helped realize?

Matt: When we met, I was the junior PR guy I so spent more time breaking up scrums in the mixed zone vs. big picture thinking. I may not have predicted where the sport is today, but I saw how great the athletes and people in the sport can be.

David: Wait, I’m still coming down from that crystal ball comment: just fascinating. But we don’t have time, Matt, better question: We both think you’re great, but uh, why are you here?  Seriously, what do you have to gain by talking to us?

Matt: Good question! In the instances that someone actually takes an interest in the marketing (aka the “dry side”) of the sport, I jump on it, even if against my better judgment. That, and Swimnetwork wasn’t available!

Gary: What’s a Swimnetwork? And what are some of the more notable changes you’ve seen in how USA Swimming markets itself over the years?

Matt: From the creation of Make a Splash to Deck Pass to this year’s pilot of SwimToday, there is a far more aggressive approach to getting people involved in the sport at any level, especially kids. Also, there is more TV, webcast and Internet coverage of elite swimming than ever.  Even Swimnetwork.com was an ambitious attempt to market the sport differently, but sometimes your gambles don’t win.

Gary: You’ve married into the Olympic family.* Up, some would argue, but you’ve always been respectable. I’m respectable now too. Besides the fact that I’m respectable, and you have kids, what else has changed in your life?

Matt: Professionally, I have been fortunate to spend 17 years in Olympic sports marketing and PR through USA Swimming and the USOC with some time at Warner Bros., mixed in. Personally, I am even more fortunate to have a great family and a wife who has even greater passion for Olympic sports. When I look at my wife’s Olympic silver medal, that also motivates me to get my butt in gear on a daily basis.

Gary: You’ve helped drive the maturity of a sport. That’s a huge deal. USA Swimming is a marketing role model among National Governing Bodies. When you look at not-yet-realized marketing potential among other sports, which sport do you think can emerge the way swimming has over recent years?

Matt: I am proud of what USA Swimming has done, but we still have a long way to go. The Olympic world in general needs to look outside its traditional sports. Many of the Olympic sports aren’t appealing to kids today. The sleeping giants are snowboarding, skateboarding, lacrosse, Ultimate, anything with fast-paced action. They each combine sport and a unique culture.

David: Uh, Matt, can you hold on please? (places Matt on hold)

Gary? Did you schedule our interview with Kara Lynn Joyce at the same time we got executive leadership of United States Swimming to show up? (eyes watering). I trusted you man. You blew it.

Congratulations on one hell of a swim at Trials! You made another Olympic team in the 50 free and cemented your legacy as one of the best female sprinters ever, like David should have his feet cemented before a night swim.

Tell Dave what it feels like to make an Olympic team, and describe the emotional bungee jump you’ve experienced in doing so.

Kara Lynn Joyce: Thank you, Gary!  It’s been quite the ride these last few years. As I’m sure you know, making the Olympic team is a pretty incredible feeling. I think this time around was the most exciting for me and made me realize there’s more than one right way to do things.

Gary: A little bit of luck goes a long way in a 50 meter race where hundredths of a second count. Does Irish heritage provide an unfair advantage in this race?

Kara Lynn: Well I definitely had the luck of the Irish on my side and thankfully my pre-race Guinness didn’t weigh me down too much.

David: Kara Lynn, it truly is a pleasure to have you on, we both are big fans and extremely happy for you: congratulations. Gary, I’ve done other things in my life too…Kara, would you like to hear about them?

Gary (cutting in): Sorry Kara. Hold on one sec…

Matt? Are you there?

Where do you go from here? What does the future hold for the sport of swimming and how are we getting there?

Matt (confused): Uh, I guess I will keep plowing ahead … the industry has to come together and focus on growing youth participation. Not just USA Swimming, but the whole industry – associations, suit manufacturers, retailers, etc. We are behind as a sport in that regard. Way behind.

David: This is ridiculous, I’m just going to conference Kara Lynn in.

Gary: Kara Lynn in. That rhymes!

David: Kara, are you there? I apologize. It would seem that Gary got his calendar mixed up a bit. We have Matt Farrell with us.

David: Gary, I know where you’re going with this. Stop rhyming. Right now.

David: Matt, Kara Lynn Joyce, welcome to Point? Counter Point!  We, uh, we brought you here to broker a deal. We know there’s been a lot of bad blood between swimmers and USA Swimming, let’s all figure out a way to put it aside.

Gary: David, that’s not really true. Kara Lynn, what did you think about the swimmer experience in Omaha?

Kara Lynn: I think USA Swimming did a great job catering to the swimmer’s needs in Omaha!  Maybe next time we could work on the smoothie station in the athlete lounge though… they ran out by 11 o’clock everyday!

Gary: I’ve thought about changing my name to Eggs Smoothie. Sometimes I even try to write my initials in smoothie- E. S.

David (ignoring everyone but himself): Matt, what do you say to all of Kara’s complaints?

Matt: Matt: Honestly, the smoothies were an experiment. We thought it would be well received but never imagined running out by 11 am. Those things were expensive, so we just had to manage costs. The chocolate milk, yogurt and water dispensers were ever flowing though!

Eggs: Kara, now is your chance to offer suggestions on how to better market our sport. Any thoughts?

Kara Lynn: I think Matt was on to something when he talked about the attraction of Ultimate sports. Maybe we could work on adding some utimate lane line pulling events or even ultimate water frisbee?

*Matt is married to Michelle Dusserre, a gymnastics silver medalist at the 1984 Olympic Games in Los Angeles. They have two daughters – Abigail and Zoe

*In case you want her in video: Garrett’s interview

No comments, I think they took your advice and turned it off.