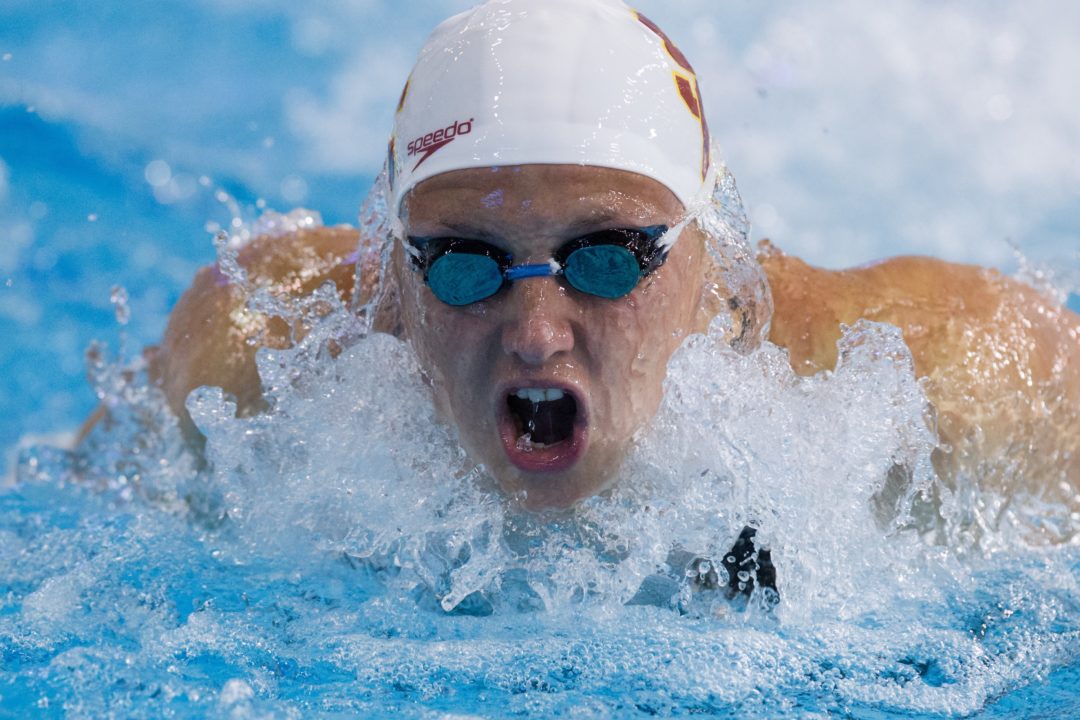 In the month of March, we saw an awesome display, worldwide, in the women’s 400 IM. All of the hype surrounding the 400 IM at the United States’ NCAA collegiate championships meet seems to have carried over into the Olympic season, and including early returns of the Chinese Nationals, we’ve already seen five swimmers under 4:35 (only six did it all of last year, and the United States still hasn’t had their Olympic Trials yet, so no serious long course IM from defending World Champion Elizabeth Beisel).

Let’s look at a comparison of March’s top-5 IM’ers, with splits, and line that up against their (textile) best splits and see what turns up. Notice that aside from Leverenz, this swim was the best textile-swim for each of the 5 swimmers. In the cases of those top four, I’ve gone through and highlighted green those legs that have improvements of more than half-a-second, and red those legs that were more than half-a-second slower than their best times, in an attempt to highlight possible strategy changes.

The big difference in Hannah Miley’s swim at the British Olympic Trials is that she’s attacking her breaststroke a lot more, though that’s costing her on the closing freestyle leg. The back-half of her race is actually pretty close to a wash though, and she overall went out much faster than she usually does.

Hosszu’s big difference at the Indy Grand Prix seemed to be her endurance – she’s taking her butterfly leg out much harder, and still has plenty to hold on for a great anchor leg. When she was swimming in rubber (where she was outstanding in 2009 as the World Champion), she really attacked her backstroke leg, but now that same part of her swim isn’t as great as it once was. If she can bring that time back down to the 1:09-mid at the Olympics without sacrificing her other swims, she’ll be strong for the medal stand.

At Aussie Trials, Stephanie Rice was much more timid on her opening two legs – fly and back. The obvious answer there is that those are the two strokes that run the most risk on her surgically-repaired shoulder, so this was either a conscious decision made in training, or otherwise just some timidness to go after those two. She more-than made up for it on the breaststroke leg, however – where she’s a fairly underrated swimmer – and with where the women’s IM’s are going, that’s going to be important for her at the Olympics.

And in Mireia Belmonte-Garcia’s swim from Spanish Trials right at the end of the month, she looked very good in the backstroke. She, however, has wildly-different pacing in her best 400 IM’s – she swam a close-to-best time of 4:34.94 at last year’s World Championships that was paced wildly different than that in Fig. 2 above.

I wasn’t at first, but now I can see Rice in the medal mix! In fact, she has become my pick for Gold now!

As for the other swimmers, it was very interesting to see their strategies!