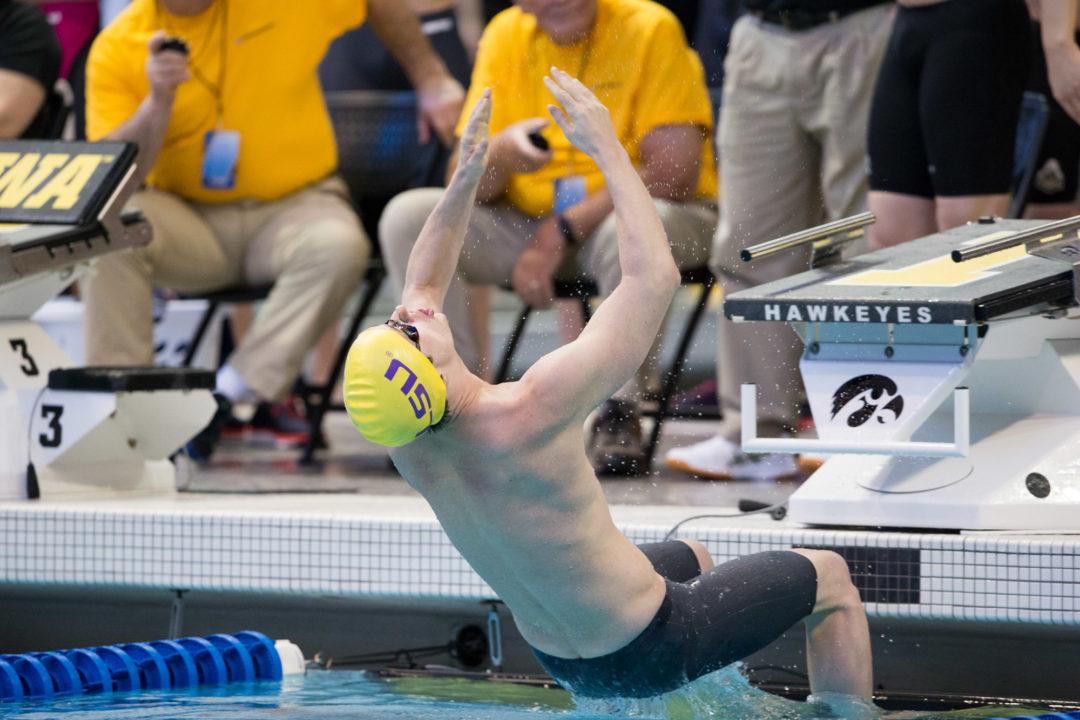 Logan Rysemus (above) broke his own LSU Record in the 100 back, while Matthew Klotz broke 2 more American Deaf Records. Archive photo via Tim Binning/TheSwimPictures.com

LSU redshirt freshman Matthew Klotz has broken his second and third American Deaf Records of the week, with the latest two coming in prelims and finals of the 100 back. Not to be outdone, his teammate Logan Rysemus won two events in Friday’s session of the Art Adamson Invitational, the 100 fly and 100 back, and in the latter cracked his own LSU school record in the event.

Klotz, who wound up 6th in the event, swam a 48.18 in prelims and followed it with a 48.07 in finals, both of which broke his own American Record of 49.13 from last year by a second. After breaking the 50 yard free American Record on Thursday, Klotz now holds 6 American Deaf Records in short course yards.

“It was great to have a day where some school records were taken down,” said head swimming coach Dave Geyer.

“Once again, there were some pieces out together today as a whole. Our freshmen are learning every time they race, and we expect to have a great session tomorrow and finish out the meet.”

Combined with another freshman Karl Luht, who swam 47.14 for 4th, the swims moved their respective performers into 1st, 4th, and 8th in the all-time school rankings. The updated LSU all-time top 10 performers: