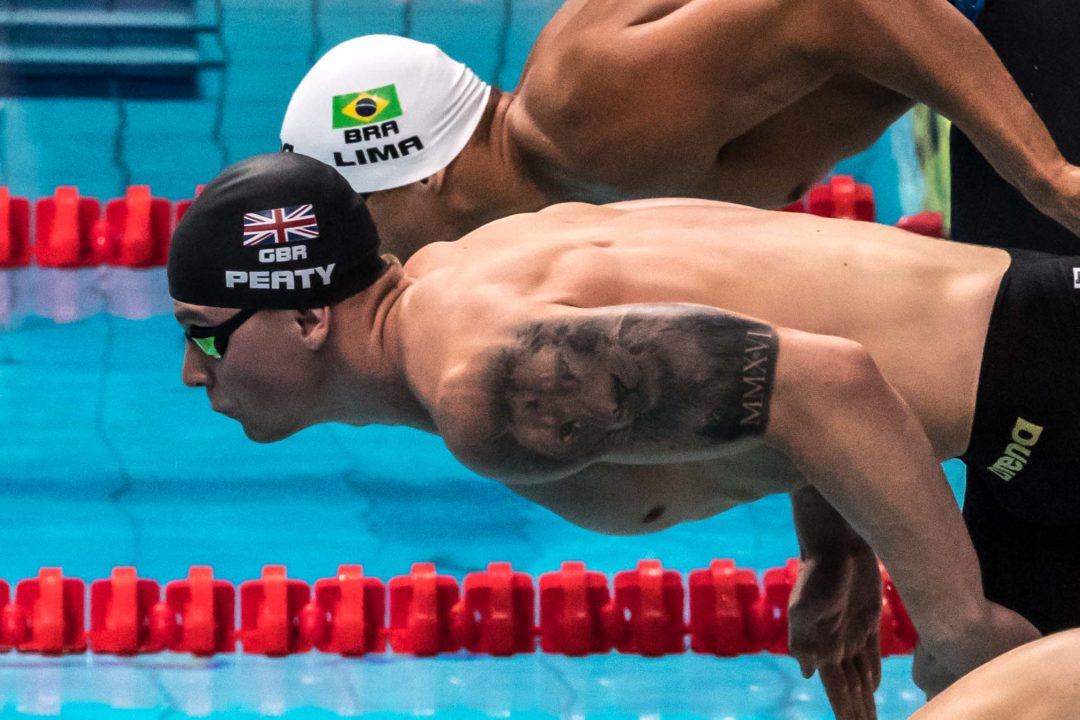 Now that the World Championships in Budapest have come to a close, let’s take a look back at the numbers and see what’s interesting. Current photo via Mike Lewis/Ola Vista Photography

To start with, how does Budapest compare to Rio? I took a look at what it took to final and what it took to medal in each individual event (men’s events in blue, women’s in red, with the bubble size proportional to the distance):

I had previously looked at the most dominant wins the LC Worlds and Olympics History (at least, since 1986) and suggested that Sarah Sjostrom might make a run for history in the 50m butterfly. It’s one thing to say on paper how much she might win by, it’s quite another to actually see a 0.78s win play out on camera. This now becomes the 2nd largest margin of victory, in percentage terms, since 1986. The top wins overall from the meet:

Sometimes you’ll have events that are practically predetermined – the outcome matches the psych sheet. But sometimes, you have some surprise entries in the finals and on the podium. Here are the lowest seeds to make the final:

And the lowest seeds to win a medal, of any color:

And the lowest seeds to win an event:

FINA has a point system that they calculate based on a ratio of the time to the world record as of the previous year, using the formula 1000 x (WR / Time)3. Using FINA’s point system, here are the top individual swims from Budapest:

A few interesting points about this table.

First, this was a great meet for breaststroke! Seven of the top eleven swims were from the breaststrokers.

Second, Anton Chupkov’s swim scores over 1000 points despite not being a world record, since the base time used is Akihiro Yamaguchi’s old world record of 2:07.01 and not Ippei Watanabe’s current record of 2:06.67, because the latter was set in January 2017. Using the world record as of the start of the championships, his point score would be 993.

Third, Dressel’s 100 fly “only” scores 997 points, tying for the 12th best score with Sarah Sjostrom’s 100 fly final. This is due to using the true world record, Phelps’ 49.82 from 2009, as the base time. But that really just seems like the wrong way to look at this swim. You could make the same claim about the two suit records that were broken as well: Gemma Spofforth’s 100 back and Britta Steffen’s 50 free. If we instead used the previous textile bests for the base times, then we would get a different picture:

This fundamentally seems more right to me. Adam Peaty’s 50 breast performance still reigns supreme, but Dressel deserves to be on this list too.

After this week, the most individual world records currently held, with asterisks indicating those swimmers that broke a world record this week:

Turning now to World Championship medals, there’s several ways we can look at the medal history. For each list, an asterisk will indicate a swimmer that achieved the relevant distinction in Budapest (whether that’s winning an event again, a medal, etc).

Most Individual World Championship Wins in a Single Event, with Sjostrom and Hosszu one step closer to Phelps’ standard of five world titles in a single event:

Most Individual World Championship Medals in a single event:

Most Individual World Championship Medals, Overall. Notably, tied in 4th place on this list are the Hungarian stars earning medals at home: Hosszu and Cseh.

Why the effot to skew things for Dressel. Everybody has to compete against suited records. It’s not like Dressel’s event was the only one where high tech suits were worn. Overall, great analysis, but seriously consider that you might have an American/Dressel bias. I noticed this also during the discussion about Sjostrom being the “Queen of the Sprints”. Again, without skewing anything, Sjostrom had the largest margin of victory. Four of the top twelve FINA point swims (compared to just one for Dressel). Why the effort to keep finding a way to include Dressel? Seriously, think about this.

One more possibility, László is the only swimmer who won at least 1 medal at 8 Worlds in arow.