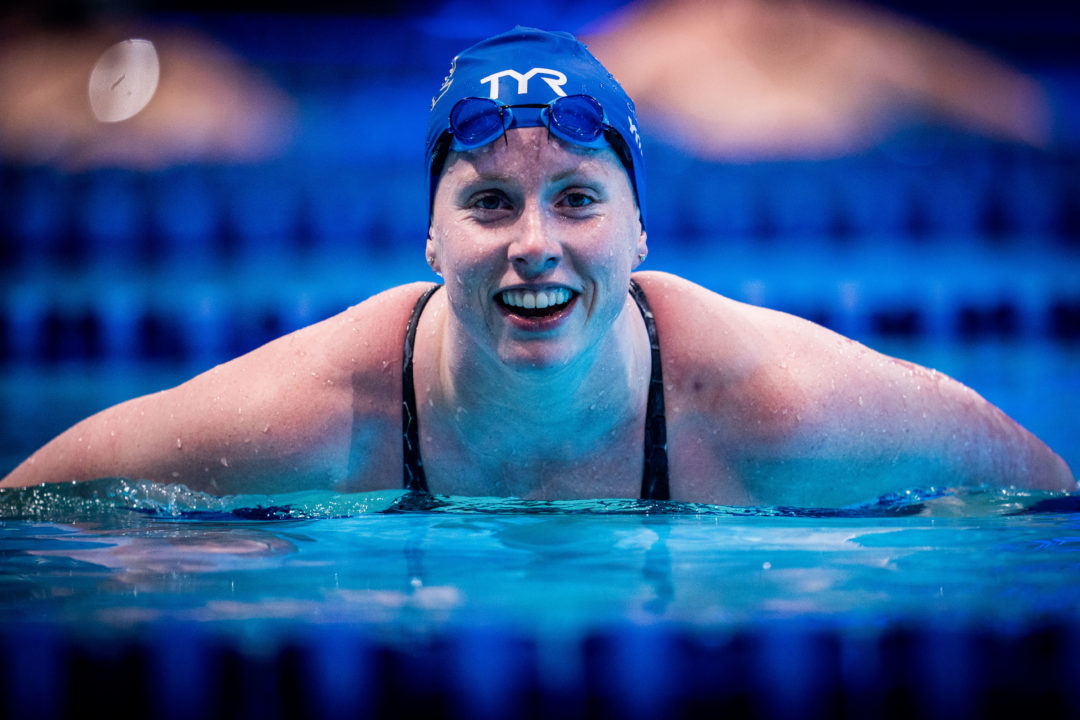 King dropped 0.24 from her best time, giving her two of history's 10 fastest swims. Current photo via Mine Kasapoglu

American sensation Lilly King reeled off her third personal best time of the 2020 ISL season early on in Match 8, keeping her unbeaten streak intact in the women’s 200 breaststroke.

King won the event in a time of 2:15.80, chopping over two-tenths of a second off her previous best time of 2:16.04 set back in Match 4. That swim had elevated her into sixth on the all-time rankings, and she remains there after this swim, narrowly missing #5 Rie Kaneto (2:15.76).

Compared to her swim from just over a week ago, the biggest difference for King today came on the second 50, where she was almost three-tenths quicker.

The Indiana grad’s other lifetime best swim this season came in the 50 breast, where she lowered the American Record in 28.86.

Joining King in the event’s top-10 historical rankings was fellow American Emily Escobedo, repping the New York Breakers, who improved her previous best of 2:17.77 in 2:16.51 to snag the #7 spot all-time.

Escobedo also out-split King by over six-tenths over the final 150.

It would be really nice if that 2009 record could be broken.

13
-1
Reply
Hswimmer
Reply to  Coach Once

I agree. I chose her and Annie to make the team in 200 breast LC.