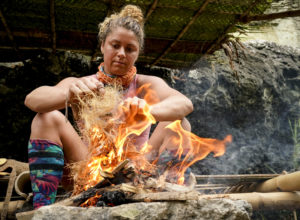 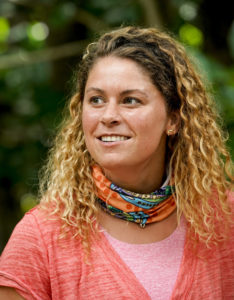 There’s a game-changing advantage in play with a 4-4 split between alliances on Beisel’s tribe in one of the most dramatic episodes of the season so far. 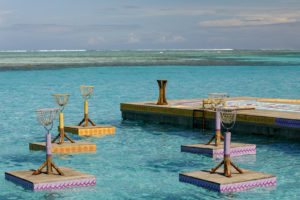 Elizabeth Beisel on Survivor, Episode 5: Detective Dean is On the Case

Detective Dean wants to know who burned him last week – and Elizabeth Beisel is one of his prime suspects. We recap Beisel’s island adventure for week 5. 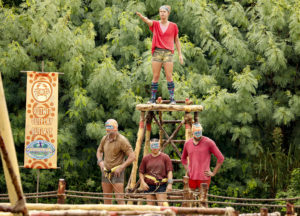 Six tribe members are walking blindfolded through a field of painfully firm objects. Who is directing them? Elizabeth Beisel, of course.

The immunity challenge heads back to the water, giving Elizabeth Beisel another clear chance to shine. But the women’s alliance is on the rocks in week 3.

The Survivor 39 cast take to the water for their immunity/reward challenge this week, and it’s time for Elizabeth Beisel to show off her skills.

Elizabeth Beisel is part of Survivor’s 39th season premiering tomorrow, and she says pre-game that she won’t be announcing her Olympian status.

Fresh off his January stint on Celebrity Big Brother, Olympian and current Olympic hopeful Ryan Lochte will appear on this season of Celebrity Family Feud.

Olympian Elizabeth Beisel has officially been announced as part of the cast for the 39th season of the CBS reality television show Survivor.

Report: Elizabeth Beisel To Appear On Season 39 of CBS’s Survivor

Olympic swimmer Elizabeth Beisel will be part of the cast for the 39th season of CBS’s hit reality TV series Survivor, per a report by a media outlet covering the show.

Ryan Lochte will gun to become the first Head of Household tonight on the second episode of Celebrity Big Brother Season 2.

Follow along for live updates from the premier episode of the 2nd season of Celebrity Big Brother, where 6-time Olympic gold medalist Ryan Lochte will be competing.

Ryan Lochte Will Train While on Big Brother

Ryan Lochte’s agent says the Olympic swimmer’s upcoming stint on Celebrity Big Brother will show a different side of the swimming icon, and that Lochte will be continuing his aquatic training while on the show, per a People magazine interview.