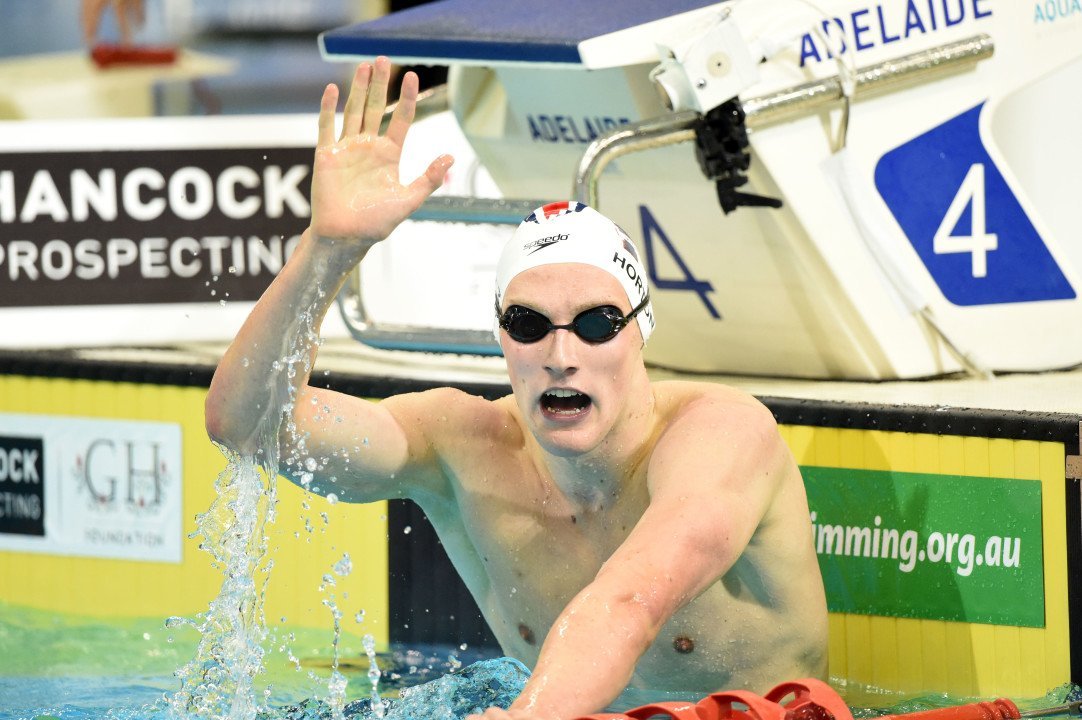 American television network Nickelodeon has hosted a kid-themed awards show since 1988. The awards typically focus on the entertainment industry (movies, television, music), but also include a ‘sports star’ category. In addition, various international Nickelodeon networks will have their own award for more regional athletes.

Horton is the reigning Olympic champ in the 400 free, and won gold at 2019 Worlds as part of Australia’s 4×200 free relay. Horton also made headlines for his podium protest against Chinese distance swimmer Sun Yang. Sun was at the time dealing with heavy public criticism over an incident during a fall of 2018 anti-doping test, and was just today handed an 8-year ban by the Court of Arbitration for Sport.

With Sun ineligible, Horton is the top returner from last summer’s World Championships 400 free final and should return to defend his 2016 title in Tokyo this summer.

How can I vote?

Man, it’s a good thing Sun Yang doesn’t have anything stressful going on right now, otherwise this would hurt even worse