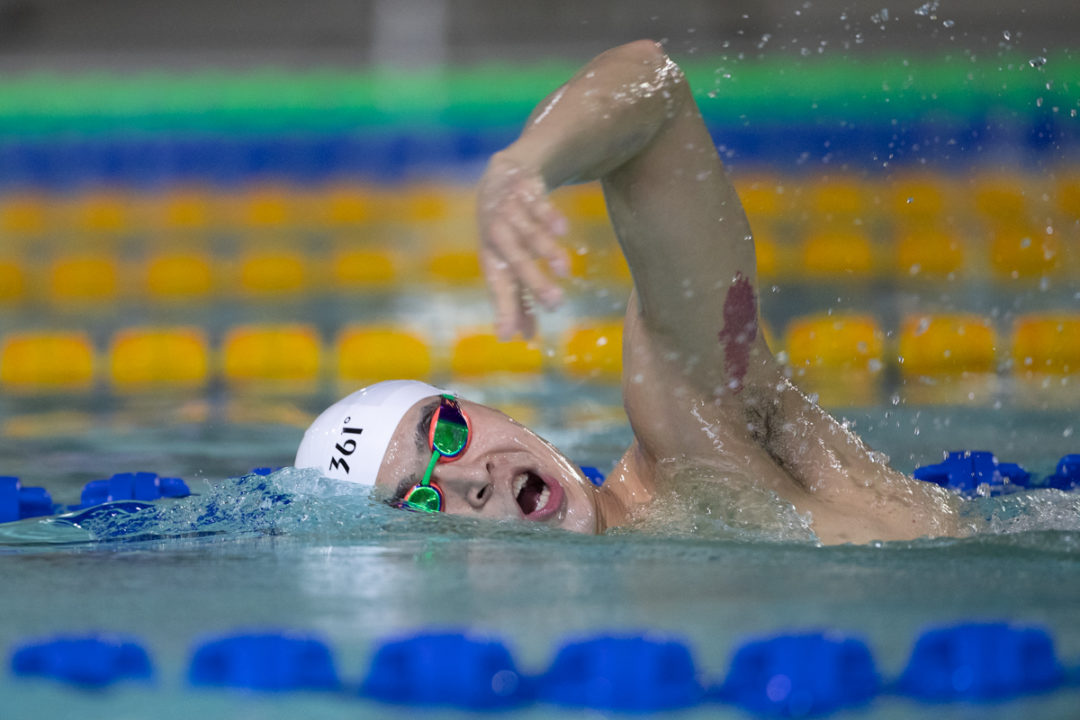 Three-time Olympic champion Sun Yang has been handed an eight-year period of ineligibility, the maximum length for a second offense, over an out-of-competition doping test gone awry in September of 2018, the Court of Arbitration for Sport announced Friday.

Sun, 28, was found guilty of having tampered with the doping control process, despite his argument that testing personnel did not have proper credentials. “In particular, the panel found that the personnel in charge of the doping control complied with all applicable requirements as set out in the ISTI,” CAS said.

CAS announced that Sun’s results from the past year will not be vacated in light of the ban because FINA did not initially seek a provisional suspension, Sun did not test positive when he was tested before and after the incident, and there was no other evidence he may have engaged in “doping activity” since September 2018.

After the decision, Sun said that he will ‘definitely’ file an appeal to the Swiss Federal Tribune. According to the CAS website, an appeal is ‘allowed on a very limited number of grounds, such as lack of jurisdiction, violation of elementary procedural rules (e.g. violation of the right to a fair hearing) or incompatibility with public policy.­­­’

Sun’s case stems from a September 2018 out-of-competition doping control test. The Chinese Olympic champ challenged the credentials of the doping control officers and did not provide a urine sample. His challenge of the testers’ authorization caused a dispute over a blood sample he’d already given that night, and the sample was ultimately destroyed by one of Sun’s guards while removing it from the secure container.

FINA originally sought a ban against Sun, but an independent FINA doping panel cleared him. WADA appealed the decision to the Court of Arbitration for Sport, which had a fully public hearing last November, though that hearing was marred by translation issues that delayed the CAS decision.

The incident became all-the-more controversial based on Sun’s previous anti-doping scrape, when he tested positive at Chinese Nationals in the spring of 2014 and was given a three-month ban, though that ban wasn’t publicized or announced until it was over, and was short enough to allow him to compete (and win three gold medals) at the 2014 Asian Games.

Following Friday’s decision, WADA released a statement saying it is “satisfied that justice in this case has been rendered.”

The gears of justice sometimes grind slower than we like but they do grind!

This is great news!

In light of the CAS decision, I’ve decided that after I get my blood drawn at my doctor appointment next week, I’m not going to smash the blood tube with his reflex hammer after questioning the validity of his diplomas on the wall.

FINA argued AGAINST the World Anti Doping Agency (and with Sun Yang) in this case, and was found MASSIVELY in the wrong.
The result of this, in any normal sport organization, MUST BE vacation of the top FINA establishment – sendinn them packing.
US swimming, however, continues spreading a shameful Machievalilian blanket of immunity on FINA brass, including president Julio Maglione and CEO Cornel Marculesco.
Mr Neuberuger, what do you have to say?

Oh Yes , let’s enjoy that unfolding …….and Sun watching it on TV

I thought the reason for the band is not following procedure instead of actually doping?

Is that punishment consistent with the bans given to other athletes who destroyed their blood samples with a hammer? 😉