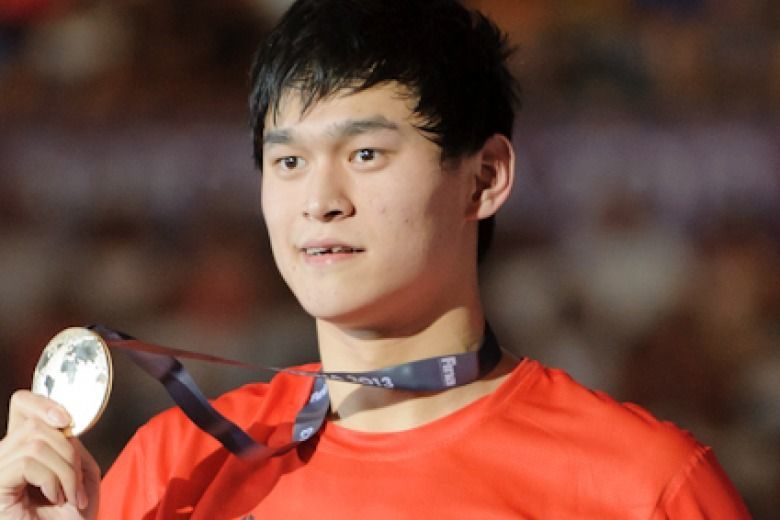 In the final day of ISL Season 3 competition, Siobhan Haughey broke the Asian and ISL records — both previously held by her — in the SCM 100 free.

Chinese swimmer Sun Yang was banned for three months this summer, beginning on May 17th, 2014, after a positive test for the substance Trimetazidine, FINA announced this morning.

Sun tested positive for the specified stimulant at the Chinese National Championships and was quietly given a three-month suspension that was expired in time for him to compete and win gold in the 400 and 1500 meter individual freestyles, and the 400 free relay at the Asian Games in late September.

Trimetazidine is a prescription drug used to treat angina, or plaque buildup in the arteries; and in some countries to treat ringing in the ears and dizziness. It was only added to the WADA banned list in January of 2014.

As a World Anti-Doping Code “specified substance,” Sun was given the opportunity to establish how the substance entered his body and that it was not intended to enhance his sport performance. According to CHINADA deputy director Zhao Jia, Sun “proved with sufficient evidence that he did not intend to cheat…but his failure to inform the doping control official should be punished all the same.”’

Sun is the current World Record holder in the men’s 1500 meter freestyle and won four medals (including two golds) at the 2012 Summer Olympic Games.

Well…some are more equal than the others.

I assume this hearing was held by the Chinese Anti-doping Association some six months ago. This is a big blow to the credibility of CHINADA in my opinion. I don’t necessarily disagree with the three month suspension, there is plenty of precedent if the defendant can present legitimate medical reasons, but the lack of transparency is the problem.

newswim – I wouldn’t necessarily assume that. These types of proceedings frequently take a long time after all appeals are heard, that’s not limited to China.

Perhaps but this article suggests it was case back log and procedural issues that caused the “delay” announcement. This all might be true but it doesn’t help China or Sun’s image.
http://gazette.com/china-delays-announcement-of-sun-yangs-doping-ban/article/feed/181815

I am not a fan of Sun Yang, who is an enormous talent but sadly has shown his lack of carefulness and discipline in numerous well-documented cases. Same (or worse) can be said to Michael, who I am a huge fan of. Nevertheless, to see the bigotry and ignorance by some of comments every time these kinds of story come out, is mind-boggling and unfortunate. newswim – with all due respect, what does CHINADA stand for?

newswim- Thanks for the education. As you can see I am not the expert in the field, Even though I disagree with some of your extension of blame, I do appreciate your fact-based reasoning, and respect your opinion, As opposed to some of the other absurd one-line comment, which always come out with stories like this, link them to communism or nationality.

Where is the bigotry in his statement? You are the one who admitted not liking an Asian swimmer who has done less egregious things than European descent Phelps. You need to use those words much more selectively.

jaman – please calm down and read my posts carefully. My points are exactly that Sun and Phelps have had some very similar behaviors (with Phelps might even being on worse side), they should be treated fairly and similarly even though most of the readers on this site, including me, are Phelps fans. I have nothing but good things to say about Bobo, Braden and Newswim about their rational comments/replies even though I respectfully disagreed with newswim’s questioning of China Swimming in this case, again based on Michael reference. I am becoming not a fan of Sun Yang for several reasons, that is a big difference from ‘not liking’ him or ‘not liking an Asian Swimmer’ in your quote. My… Read more »

It was never held. He was tested positive positive in an internal Chinese game, and then Chinese Swimming Association, a governmental bureau suspended him immediately. The news was popular on Chinese internet at that time. Then three months later, he proved himself innocent. The Swimming Association made a formal statement on Chinese national channel for this case. I remembered this very clear several years ago. I’m Chinese btw.
I’m not even a fan of swimming games, i believe most people who keep tweeting on Internet just like me, feel this is king of a bully for Sun. Because i remember the time that when Sun was in suspension, Chinese social media and new letter has lots of negative comment… Read more »

i am really surprised

This is an odd choice for medication; it’s not used much just for ear symptoms anymore so I wonder if it means he has a chronic cardiac condition? Otherwise it sounds suspicious.

According to the news report, he has been using the prescribed medicine since 2008 due to his heart problem.

That might be a potentially serious and chronic disorder, then. I’m curious to see how he will do without the significant performance enhancement from the stimulant, and wondering which, if any, medication he will take now instead, unless his condition has resolved. You can’t take away his records, obviously, since it was legal when he set them. But it will likely make his records harder to break.

I hope that his use of the drug was just a pathetic attempt to game the system, and not indicative of something more serious health wise.

So this stuff was Legal in January and Sun was supposed to have it in his system in April.

This is really not as significant as it appears.

Yes, it was added in January because of “emerging patterns of drug use” how does that make it less serious? BTW, the Winter Olympics had a number of positive tests for trimetazidine usually associated with use of Preductal by cross country skiers and cyclists. So its not like its a secret.