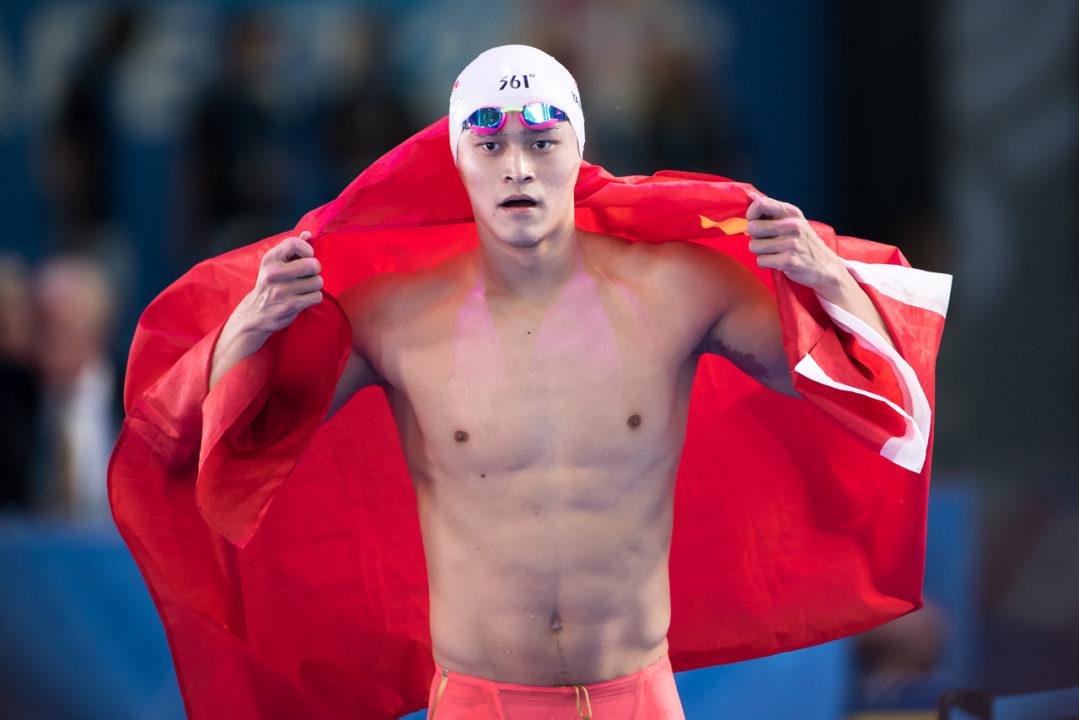 Sun Yang, the Chinese Swimming Association and WADA have all released statements following the 8-year ban handed down by the CAS Archive photo via Peter Sukenik/www.petersukenik.com

Following the announcement earlier today of Sun Yang‘s 8 year ban from the sport, the three-time Olympic champion has released a full response on his Sina Weibo page. This statement comes after he told Xinhua News he was “definitely” going to be appealing the decision handed down by the Court of Abitration for Sport (CAS).

His post to the popular Chinese social media platform, where he has 33.38 million followers, comes after the Chinese Swimming Association (CSA) expressed how they were “deeply sorry” about the decision.

Their statement said “We are deeply sorry (for the decision). The CSA has always held a zero-tolerance stance on doping and attached much importance on athletes’ anti-doping education.”

They also added that as far as they knew, the sample collectors from the international testing company IDTM were “without professional training and eligible credentials” when attempting to conduct doping tests on Sun in 2018 – the incident at the centre of this ban.

Following the decision, WADA have also released a statement saying it is “satisfied that justice in this case has been rendered.”

Why did he smash test results then if he is so sure of his innocence?

Devil’s advocate (and in all caps I THINK CAS MADE THE RIGHT DECISION) – what if they had taken his sample and tainted it? AGAIN, JUST A WHAT IF… Thinking only about the possibility. Don’t cancel me

Isn’t that a hypothetical you could run with in every testing situation?

Then you fight the result via failure of protocol—which he probably would have won.

I’m sorry if that sound blunt, but it’s about time.
Doping is ruining the sport, and its not the first time Sun Yang is having problems of this sort.

Turning a blind eye to doping is the same as letting some athletes to jump a few seconds earlier to the water.
Inconceivable, right?

We as funs of this sport, should speak in a clear voice – ban doped athlete for life.

I generally agree. Positive doping results for serious performance enhancers or lack of cooperation or two offenses should be an automatic death penalty in the sport. Coaches and doctors need to be held accountable too.

Glad to see you’re a fun, too.

we’re funs, but we’re also a fanny pack as a whole, don’t you think

It seemed to me that he had a case so to see an 8 yr ban is shocking. Anyone one know if the facts have changed? Other than Sun not being contrite? Seems CAS was very harsh in this case. Compare it to Jessica Hardy’s case.

8 years basically means life in the world of competitive sports

especially for a 28 year old

If Anthony Ervin can win golds after a 16 year gap, Sun Yang can make a comeback after 8 (assuming the ban stands…..)

8 years is because it wasn’t his first violation.

I also think that both WADA and CAS are extra cranky these days about sample tampering and what they see as broader integrity issues in global sport. There are still Russian alleged tampering cases on the docket with ramifications for Tokyo and this could be a message sent in that direction.

AS WELL they should be after SOCHI!