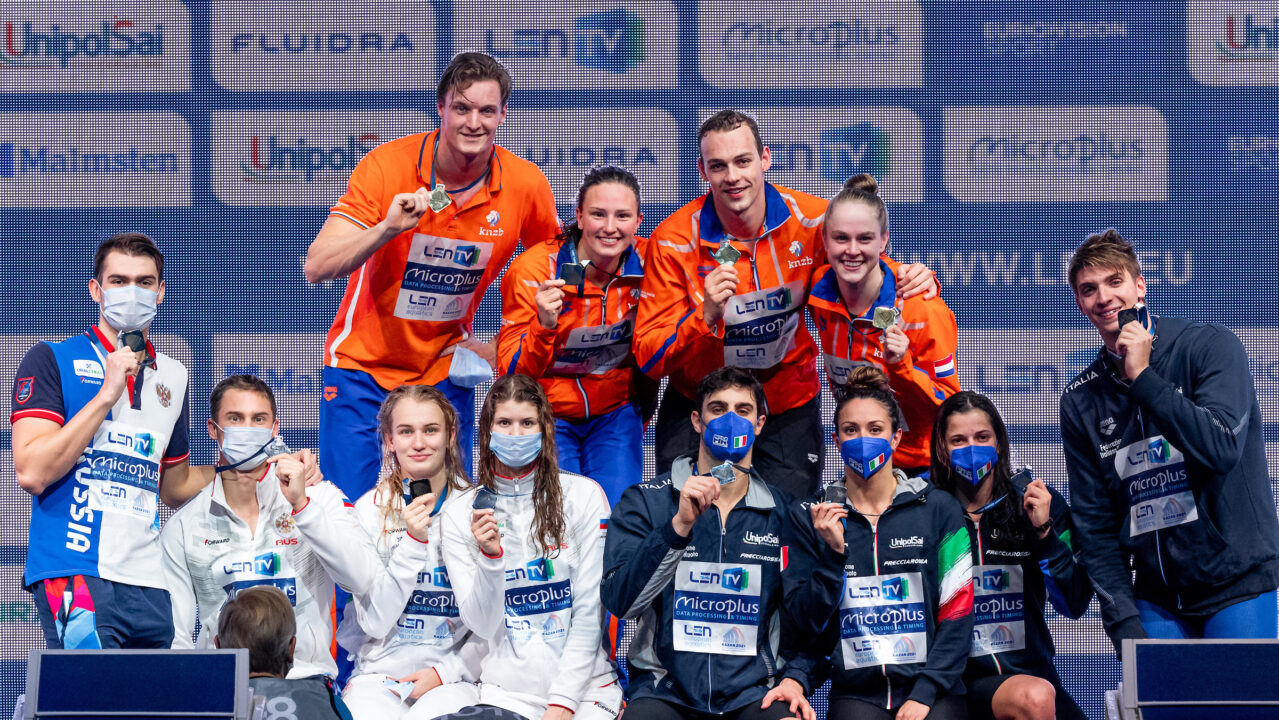 LEN has put the wheels in motion to further develop all of its disciplines while also offering an increased voice to the athletes. Archive photo via Giorgio Scala / Deepbluemedia / Insidefoto

LEN, the governing body for aquatic sports in Europe, has put the wheels in motion to further develop all of its disciplines while also offering an increased voice to the athletes in determining the future of each sport.

The organization issued a press release Tuesday outlining some of the moves made since Antonio da Silva was elected President and a new LEN Bureau was appointed on February 5.

One thing the LEN Bureau is clear about is how it wants athletes to have a voice, done through the Athlete Committee. They have agreed to broaden the criteria to allow an increased number of athletes join the committee.

“The LEN Bureau wants the Athlete Committee to be an important platform for athletes to voice their opinions and input into the future of the sport, with an active presence not only at the LEN General Assembly as delegates but also to contribute to Len Bureau meetings,” the release says.

One the new Athlete Committee is formed, the Bureau says its primary task will be overhauling the election process and allowing athletes to give a direct voice in electing committee members.

In its plan to develop each aquatic discipline, the Bureau has assigned one of its members to each sport as a liaison, tasked with taking over as the lead in “driving forward progress” in said discipline.

The Bureau has been in frequent communication with FINA, primarily in terms of constructing the global aquatics calendar. Silva and LEN Vice President Josip Varvodic recently concluded a European tour with FINA President Husain Al Musallam where they met several representatives of different national federations where they had “fruitful” discussions.

“It was crucial for the new LEN Bureau to address positive change for all aspects of our swimming, artistic swimming, diving, and water polo disciplines – but also giving a stronger voice to our athletes,” said Varvodic.

“Structures have been put in place to provide a road map for the future of the sport and dialogue has begun – with national federations but also with FINA – about how we can best develop all the aquatic disciplines, in a co-ordinated and progressive way.”

The Bureau also said it recently met with the European National Olympic Committee and are working on the possibility of implementing aquatics into the next edition of the European Games, which will be in Krakow, Poland in 2023.

LEN is also taking a close look at the competition and progression pathway in each aquatic discipline.

“We want to ensure that every athlete has sufficient and appropriate competition opportunities to help them progress,” the release states.

Silva was named President and a new Bureau was put in place after the previous regime, led by former president Paolo Barelli, received a vote of no confidence in September 2021.