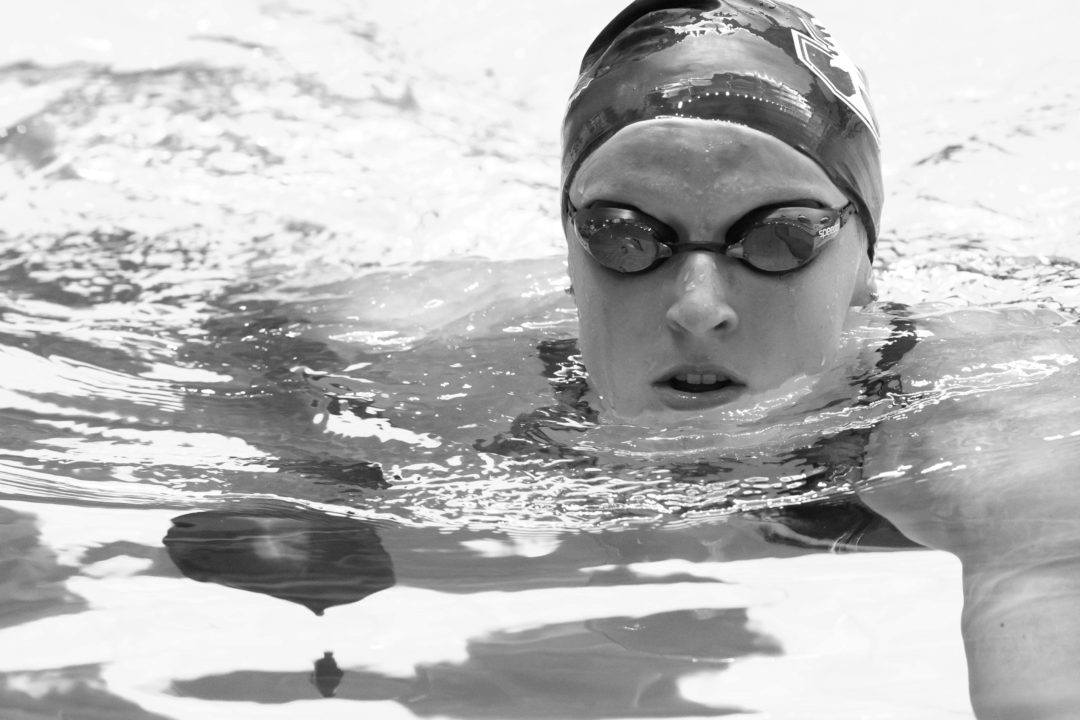 Reigning Olympic champion Katie Ledecky began her quest for a World Championship three-peat in the women’s 400 freestyle on day 1 in Budapest, cruising to a prelim time of 3:59.06. That lowers her own Championship Record of 3:59.13, set two years ago in Kazan.

Ledecky’s swim was also the 7th fastest in history, as she now owns the eight fastest swims ever and nine of the top ten. Prior to setting a world record of 3:56.46 at the Olympics, Ledecky was 3:58.71 in the prelims. Being so close to that time here is a positive sign as she heads to the final.

Fellow American Leah Smith topped her heat to qualify 2nd overall in 4:02.00, setting up a potential 1-2 for the Americans after going 1-3 in Rio. That looks like it could very well be the case, as the biggest threat to Smith was expected to be Hungarian Boglarka Kapas, but she didn’t look great and finished back in 5th at 4:05.93.

Technique (style wise) looked awful 43 strokes on 3rd 50.
There was a time in 2015 she was swimming more like a man with a ‘gallop’ stroke similar to most males these days, her swim today reminded me of Janet Evans and broke bennett.
Rate as high as possible and do as many strokes as possible, it works, she catches water and she will win. Still the most dominant female distance swimmer ever so fair enough.

This race wasn’t much of help to get some idea what form she at. Her trial race where she wasn’t tapered looks easier. On the other hand she hasn’t use her legs more than a half of the distance this morning. Her results is just a little bit slower than prelim time in Rio. Will she swim 4×100 free relay? If it is so then what would be her plans regarding time at 400. The reason of this question is very simple. If Ledecky can split as she did in Rio (52.6) then Americans have a great chance not only to win gold medal but to win with world record. I think this is a rare opportunity and 400 record… Read more »