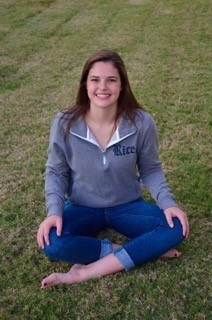 Rylee Linhardt of King Marlin Swim Club has elected to swim for Rice University in the fall. Current photo via Laura Callahan

The following is a press release from KMSC:

King Marlin Swim Club athlete Rylee Linhardt, who attends Edmond North High School in Oklahoma, has made a verbal commitment to Rice University in Houston for 2016-17.

“I’m excited to have the opportunity to be a part of Rice University,” Linhardt said. “I selected Rice for its family feel and the elite academic curriculum it offers. Rice has a good balance between swimming and academics. I look forward to being an Owl!”

In 2014-15, Linhardt was ranked 10th in the nation on USA Swimming’s National IMX Rankings and at age 16 was ranked in the top 20 nationwide for her 400-yard individual medley.

Linhardt started swimming competitively when she was 5 years old and has trained under KMSC Co-Head Coach John Brown since 2010.

“Rylee is one of the most talented and hard-working swimmers I have had the opportunity to coach,” Brown said. “She will most certainly continue to excel at the college level as a Rice Owl.”

KMSC is a competitive USA Swimming team with locations at The Lighthouse in northwest Oklahoma City and Mitch Park YMCA in Edmond, Okla. The team was created in spring 2014 by longtime Oklahoma City area coaches Brown, Kathy Mendez and Josh Everett.

Congrats Goddaughter! So proud of you!