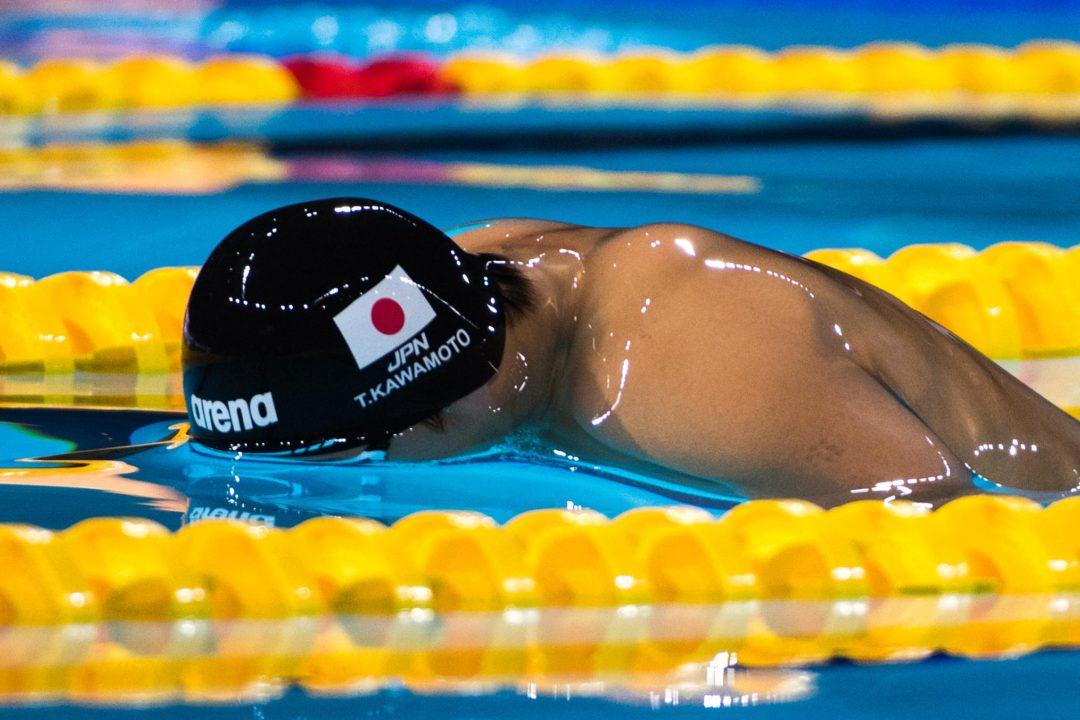 Day 1 of these Japan Short Course Championships already saw one national record bite the dust in the form of Katsuhiro Matsumoto’s 200m freestyle gold medal-worthy swim. Several events later, it was Takeshi Kawamoto‘s turn to take the spotlight in the men’s 50m butterfly.

Kawamoto posted a winning 50m fly effort this evening of 22.19, a mark that beat the next closest competitor by .24, but it also obliterated the previous Japanese National Record.

The previous national standard stood at the 22.49 Masayuki Kishida first put on the books way back in 2009 before Kawamoto matched it at the 2018 Japanese World Championships Trials. As such, 25-year-old Kawamoto hacked .30 off of his previous career-quickest to land atop the podium tonight and own the new national record outright.

Last year Kawamoto had to settle for 50m fly runner-up status at these domestic championships, posting a time of 22.78 behind winner Naoki Mizunuma’s 22.74. However, his 22.19 from this evening not only gives him the title but also inserts Kawamoto into the all-time performers’ list in slot #14.

That is quite speedy