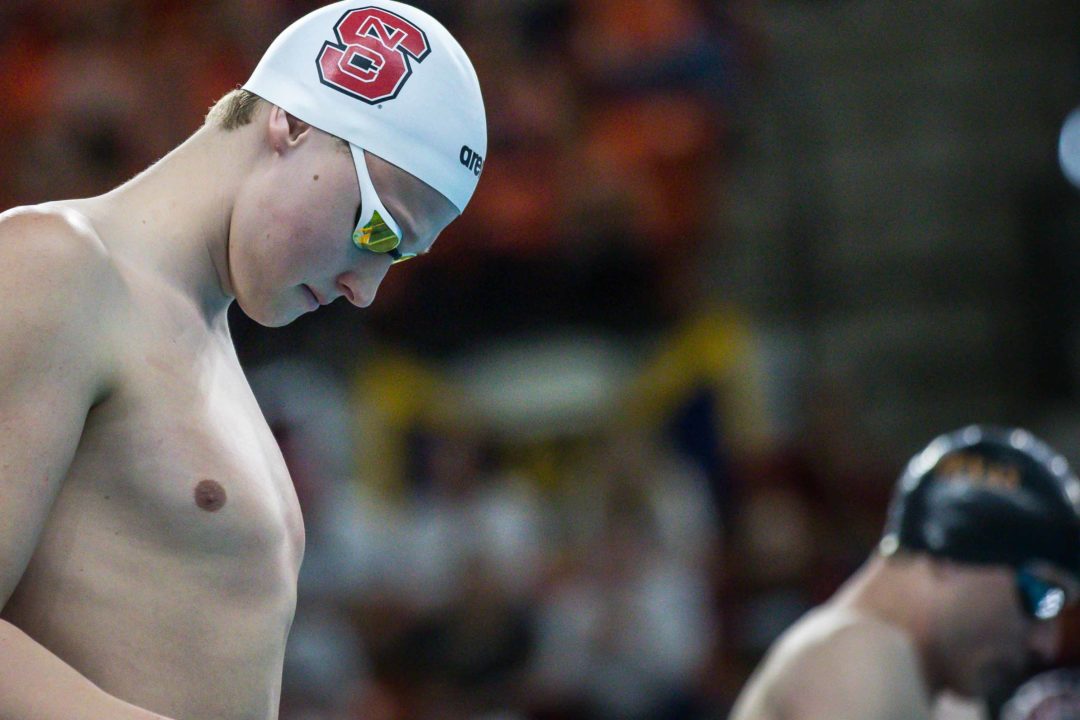 American Justin Ress received medical treatment during tonight's finals session of the World University Games, but has been cleared to return to Team USA. Archive photo via Jack Spitser/Spitser Photography

American Justin Ress received medical attention during tonight’s finals session of the World University Games, but has been cleared to return to Team USA.

SwimSwam’s Giusy Cisale is on site in Naples covering the meet live. She reports that Ress was on the ground for 5-6 minutes after his swim in tonight’s 100 backstroke final where he won bronze. Ress was eventually taken outside to an ambulance to receive medical attention. Ress was cleared by the paramedics outside and was not taken anywhere in the ambulance.

Paramedics told Cisale that Ress’ heart rate was high and his blood pressure low, but that his condition stabilized and he was eventually cleared to return to the pool deck and warm down, and he is now back with the team. He’s scheduled to swim the 50 backstroke on Saturday morning. Ress was the 2017 U.S. National champion in that event and finished 6th at the World Championships that year.

Dang. Hope he gets well soon

Didn’t he also hurt himself and miss a session of NCAAs in 2018? Bad luck for the kid.

Yes. That was his back.

Be strong Mr. Ress – Congrats on a great swim!!