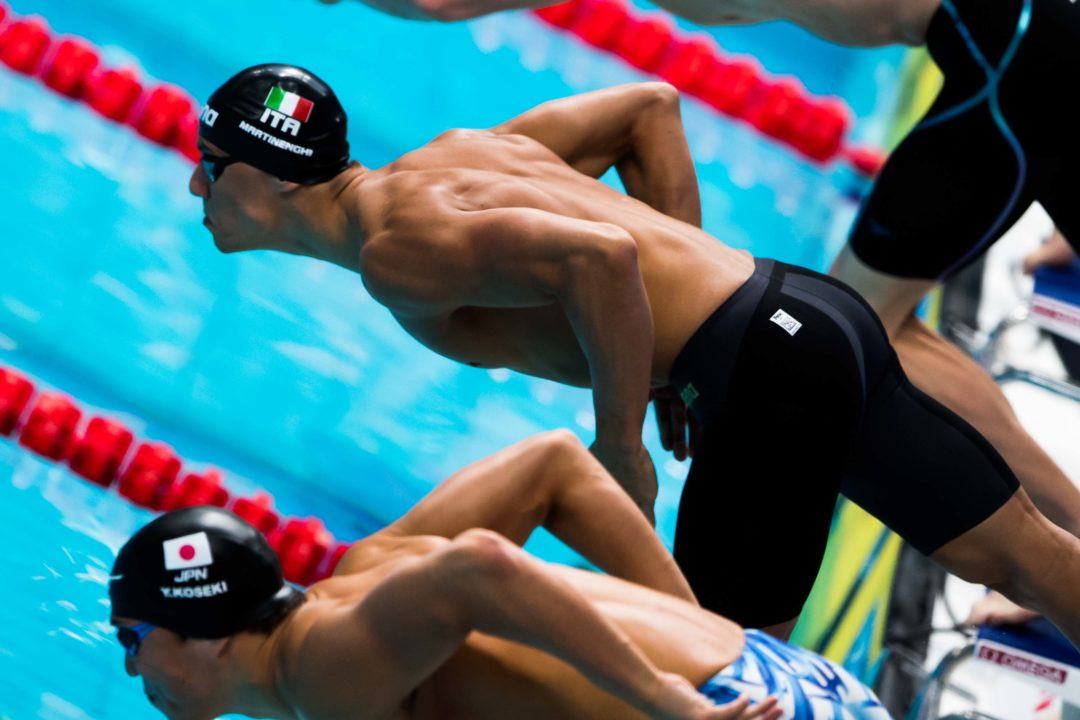 Junior World Champion and record holder Nicolo Martinenghi has returned to regular training after recovery from a pubic bone fracture.

According to an interview with his coach Marco Pedoja, Martinenghi suffered a fracture in his left pubic bone that progressed after competing at the European Short Course Championships in December 2017, despite breaking junior world records in the 50 breaststroke (26.31) and 100 breaststroke (57.27). Pedoja told Swim Italy that Martinenghi’s training became very limited, with primary focus on his arms and trunk/core stability in dryland.

In late July, Martinenghi received the news that the fracture of the pubic bone was indented and had sealed. This sparked his optimism towards the new season and to put his injury behind him.

Yesterday, Martinenghi posted on Instagram on his return to the pool with his coach Pedoja. His translated caption reads:

“I know a Beginning that had the courage to say to the face of the End:” I do not know you! “Beware of those two !!”

How do you break a pubic bone? I’m kinda clueless on this matter….

wait his lcm 50 breast record isnt 26.32 right? idk what it is but that seems too fast