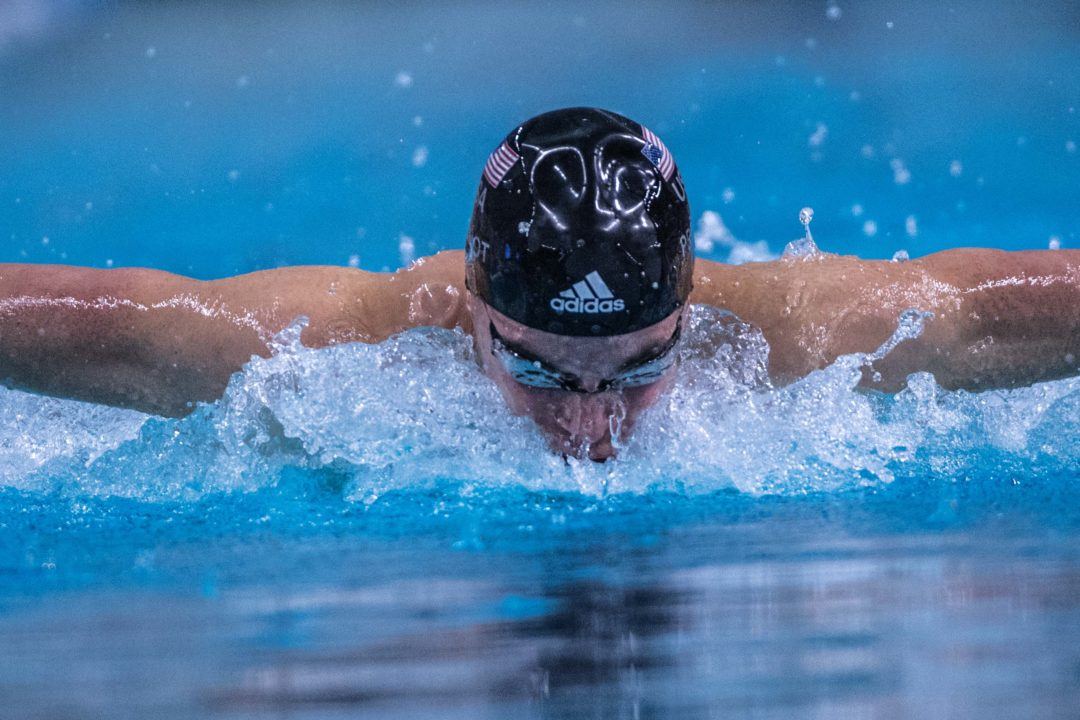 Josh Prenot, the world's fastest 200 breaststroker in 2016, has swum a lifetime best in the 200 fly - making for a rare combination of talents. Current photo via Mike Lewis/Ola Vista Photography

2016 U.S. Olympian Josh Prenot broke the American Record in the 200 long course meter breaststroke over the summer, but lest he be typecast as a breaststroker, he put up a reminder on Saturday that he’s also a world-class butterflier.

Prenot swam a 1:59.08 in a time trial of the 200 fly on Saturday that is his new lifetime best in the race. It would’ve placed 3rd had he swum it in the individual event on Sunday evening.

Prenot’s old best time was a 1:59.50 that he swam at last year’s Canadian Olympic Trials (an open meet). That made him one of only three swimmers ranked in the world’s top 100 in the 200 meter breaststroke last season to also go under 2 minutes in the 200 fly (Daiya Seto and Chase Kalisz are the other two). That’s even without swimming the meet at a full taper meet.

Kalisz was too 200 in breastroke? Stud