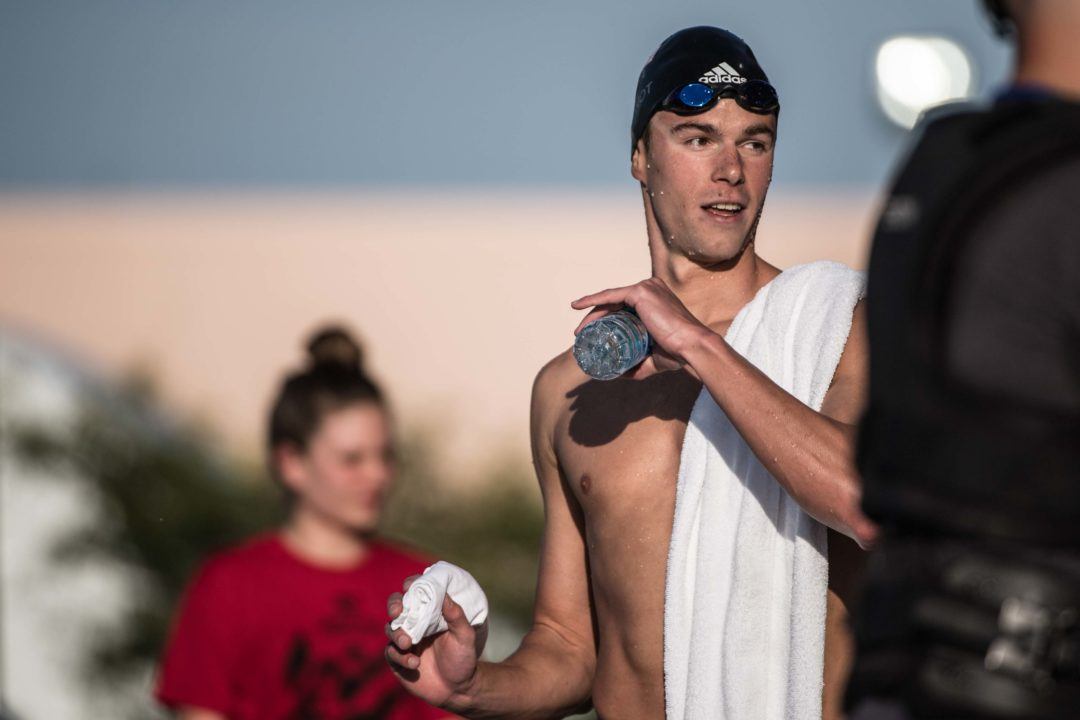 Josh Prenot clocked 1:58.9 this morning in the 200 IM for a new meet and pool record at the Atlanta Classic. Archive photo via Mike Lewis/Ola Vista Photography

Michael Andrew took the men’s 100 breaststroke on day 1 of the Atlanta Classic.

Josh Prenot took the top seed in the men’s 100 breast at day 1 prelims of the Atlanta Classic.

2016 Olympic silver medalist Josh Prenot continued his strong showing at the Atlanta Classic this morning, breaking the meet record in the 200 IM. Prenot clocked a time of 1:58.94, breaking his own meet record from last year of 1:59.51. He was just 0.01 off his season best time set at the Arena Pro Series stop in Indianapolis, a time that has him 12th in the world rankings and 2nd among Americans.

We’ll have to wait and see what Prenot does tonight, as yesterday’s 200 breast saw him go all-out in the morning and then dial it back in finals, focusing on the last 50. He doesn’t have quite as much leeway as he did in the 200 breast, with 400 IM winner Sam McHugh qualifying 2nd overall at 2:02.65 and 2016 European champion Andreas Vazaios sitting 3rd in 2:04.73.

The other men’s event of the morning saw Hennessey Stuart and Corey Main come within less than a tenth of each other in the 200 back. Stuart qualified 1st in 2:01.91, followed by Main in 2:01.99.

After attending his high school graduation yesterday, Michael Andrew was back in the water this morning, qualifying 8th into the 200 IM final.

Results for the early heats of the women’s 800 and men’s 1500 have yet to be updated. The fastest heat of each will be swum with finals.

Hennessy Stuart is the coolest name in swimming ever

I kinda like Remedy Rule. (Don’t know if I spelled that right.) And for the guys, there’s Steel Johnson! (I kid you not!)

I think everyone knows Steele Johnson, he got silver in Rio. But he isn’t a swimmer

What about Madison Cox and Ella Eastin in the 200 and 400 IM? Did you just forget?

I don’t think Manuel will be swimming an individual 200 free. She swims it for better endurance in her 100 free and for a 4 × 200 free relay spot.

She will be in for the 200 free individually. Did you see her splits from Atlanta series in the 200?

Simone Manuel already has at least 10 scheduled swims. She is not adding 3 more swims to that.