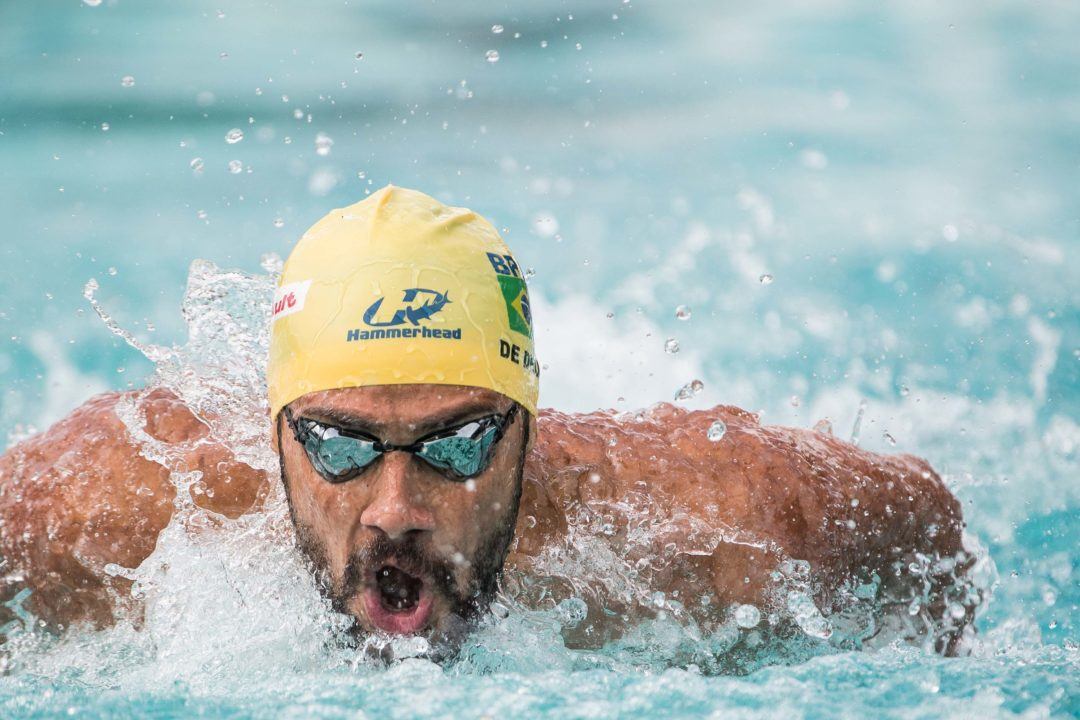 The CBDA, Brazil's national governing body for swimming and aquatic spots, has announced its electoral timeline, which will lead up to a June 9 Elective General Meeting to determine the future leadership of the federation. Archive photo via Mike Lewis/Ola Vista Photography

The CBDA, Brazil’s national governing body for swimming and aquatic sports, has announced its electoral timeline, which will lead up to a June 9 General Elective Assembly to determine the future leadership of the federation.

It’s been a year of turmoil for the Brazilian federation, starting with last fall’s allegations of financial fraud against former CBDA president Coaracy Nunes and several other high-ranking officials. Nunes originally denied the allegations, claiming they were part of a concerted effort to hurt his chances for reelection this summer. But an investigation into the allegations eventually led to Nunes’ arrest by the Brazilian Federal Police in April, and the subsequent indictment of Nunes and three others on counts of fraud and embezzlement.

In the ensuing conflict, a judge ordered the CBDA to annul its current athletes commission and allow athletes to vote on new representatives. That mandate forced the federation to cancel its general assembly in order to hold elections for the Athletes Commission before holding the general assembly to elect a new president.

Now, BestSwim.br reports that athletes have elected five representatives to the Athletes Commission. Pereira is not one of them; the swimming seat went instead to Leonardo de Deus.

In addition, the CBDA has released its timetable for electing its new president. According to the timetable published on the CBDA website, most of May will make up the presentation of the candidates, with a short process into early June analyzing any challenges to a candidate’s application.

The General Elective Assembly will meet on June 9 in Rio de Janeiro to vote on the CBDA’s new leadership.

I notice Thiago Pereira’s name for position of President. WE remember that Thiago pledged to go for the 2020 Olympics only to suddenly retire. Why did he really retire? Why did the Swim Club shun him ? Was it his performance in the last race or his association with Lochte? Thoughts?