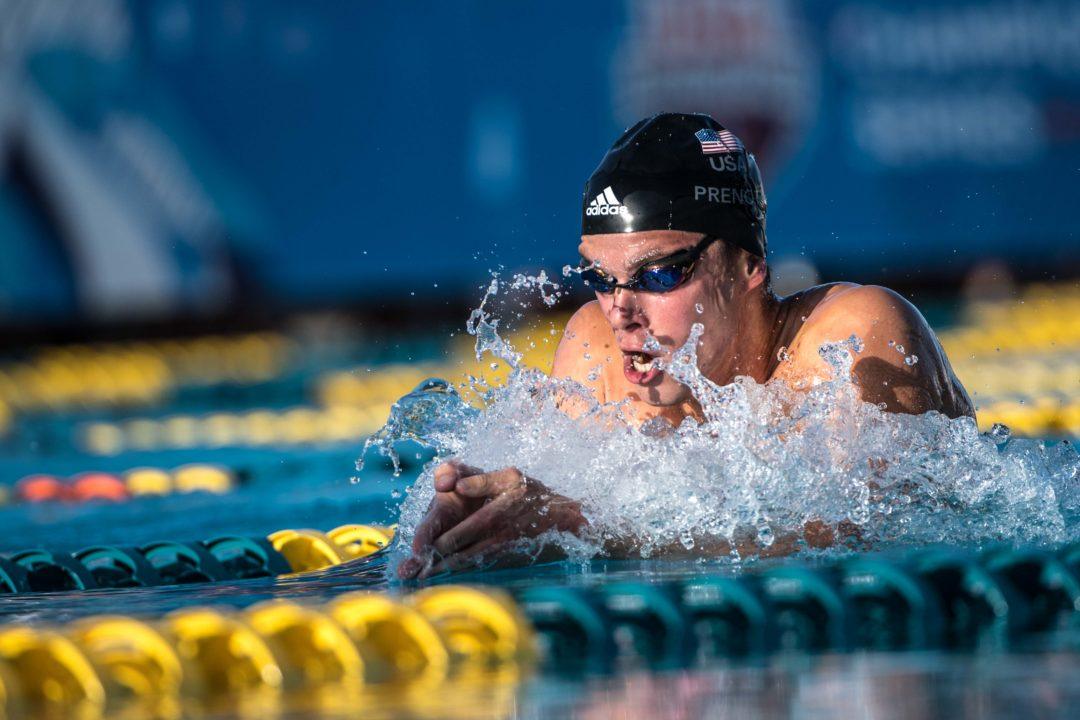 Josh Prenot clocked 1:58.9 this morning in the 200 IM for a new meet and pool record at the Atlanta Classic.

Michael Andrew took the men’s 100 breaststroke on day 1 of the Atlanta Classic.

Other top seeds from day 1 prelims:

Hannis was a no-show.

The results do not appear to work.

Correct, only Meet Mobile is working so far.

Wow. And to think he’s just a “sprinter”

Tbf he’s cruising through the first 150. For a guy that has his speed, that pace takes nothing out of him, allowing him to unleash that last 50.

In my opinion it really isn’t an overstatement to say that he’s so versatile and talented that he could be in the NCAA A final of every event 200 yards and shorter. The only questionable ones would be backstroke and the 200 breast, but his 200 IM shows that he’s no slouch there.
I’m remembering the 2013 (or 2014?) junior national championship – he was in the B final of the 200 free, but posted the fastest time in finals over Gunnar Bentz who won the A and also went onto the Olympics in that event on the relay.

Is that time super impressive too you?

Hopefully they pick up gas in finals

1
0
Reply
AND
Reply to  Bigtime