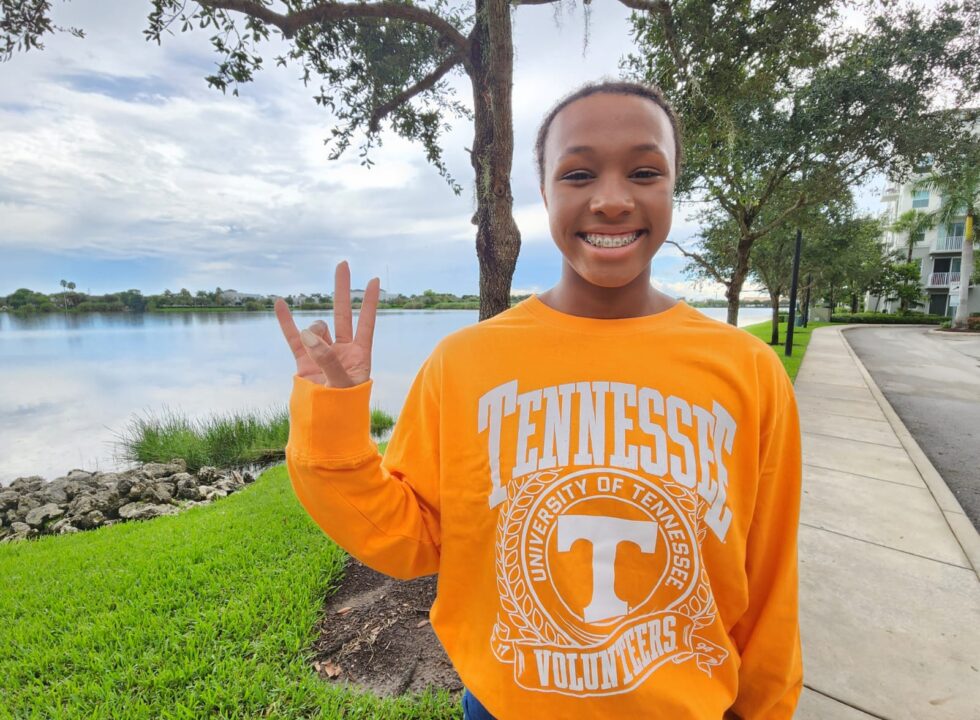 The meet was headlined by Olympian Jillian Crooks and Mongolian national record holder Erkhes Enkhtur, both of whom recently made the move to the East coast.

One of the top clubs in the country, the TAC Titans hosted eleven teams at the Big Southern Classic last weekend. While the meet was primarily attended by North Carolina teams, Aces Swim Club of Colorado, Arlington Aquatic Club of the Washington D.C. area, and Georgia Coastal Aquatic Team of Georgia were also in attendance.

One of the top performances of the meet came from the Arlington Aquatic Club, with 14-year old Erkhes Enkhtur claiming a pair of event wins and five total top-5 finishes in his first USA Swimming meet. In the 100 back, Enkhtur won in dominant fashion, taking first by over a second and a half to stop the clock at 52.39. He had more competition in the 100 fly, where he narrowly edged TAC’s Tommy Tuescher to take first in 51.53. While this meet was Enkhtur’s first time competing in yards, he has a wealth of racing experience in the long course pool while representing his home country of Mongolia. Despite his age, he already holds the senior national records in the 50 and 100 backstroke (LCM), as well as the 50, 100, and 200 backstrokes and 200 IM (SCM).

On the girl’s side of the 15 and up age group, Olympian Jillian Crooks, who represented the Cayman Islands in Tokyo, posted four lifetime bests. A sprint specialist, Crooks notably swam to new lifetime bests in both the 50 and 100 freestyles. In the 50, she dipped under 23.0 for the first time in her career, stopping the clock at 22.83 in finals. She made an even larger drop in the 100, dropping over a second to finish at 48.86. Crooks, who set high school state records in Alaska last year, now swims with the TAC Titans. She’s committed to join the University of Tennessee in the fall of 2024, where she will follow in the footsteps of her brother, NCAA medalist Jordan Crooks.

In the boy’s 15 and up age group it was TAC’s Jerry Fox and Andrew Li who each claimed a pair of event wins. Fox, who is set to join NC State next fall, picked up wins in the 50 and 100 freestyles. Finishing just off his lifetime bests, Fox topped the field in the 50 and 100 freestyles, touching in 20.48 and 44.27, respectively. Li continued TAC’s strong showing in the freestyle events, grabbing first in the 200 free with a new lifetime best of 1:39.22. He also grabbed first in the 500 free in 4:35.18.

Big swims Jillian!! Tennessee has some serious sprint depth coming in these next two classes.

Man in reading Jillian’s commitment post, it looks like it’s been quite a tiring year of moving lol. Cayman Islands, Alaska, Florida and now North Carolina. Should be exciting to watch her as a Vol if she can have a similar improvement curve to her brother. Out of curiosity, did Jordan ever train in the US before Tennessee? I only remember hearing about him last year at Tokyo before he exploded at UT.

Swimming really runs in some of these families… (crooks, Albiero, etc)

Blasts from the past: Colella, Bottom, Furniss….Caulkins, Girard, Rives