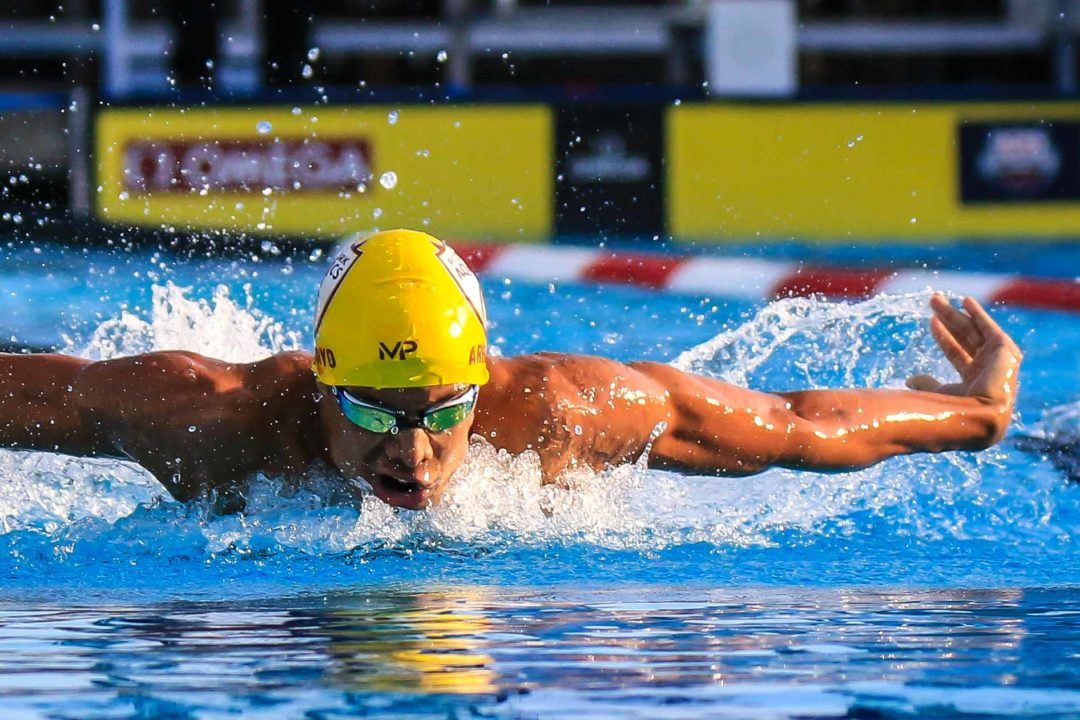 Future ASU Sun Devil Jarod Arroyo has broken his own Puerto Rican national record in the 400 IM during the prelims of the 2020 Pro Swim Series in Knoxville. The 19-year-old currently leads the event’s preliminary seeds at 4:17.86, which also took down the 2019 Tennessee pool record (4:18.64) held by Josh Prenot.

Arroyo’s morning time chopped a full second off his own national record of 4:18.94 from the 2019 World Championships. There in Gwangju, Arroyo’s prelims time was good enough to place 18th.

Despite chopping a second off his lifetime best, it is still 2 seconds away from the FINA A cut time of 4:15.84. According to FINA’s priority list, athletes with an A cut will have first priority. Before today, Arroyo had already attained the FINA B cut time, which is 4:21.46.