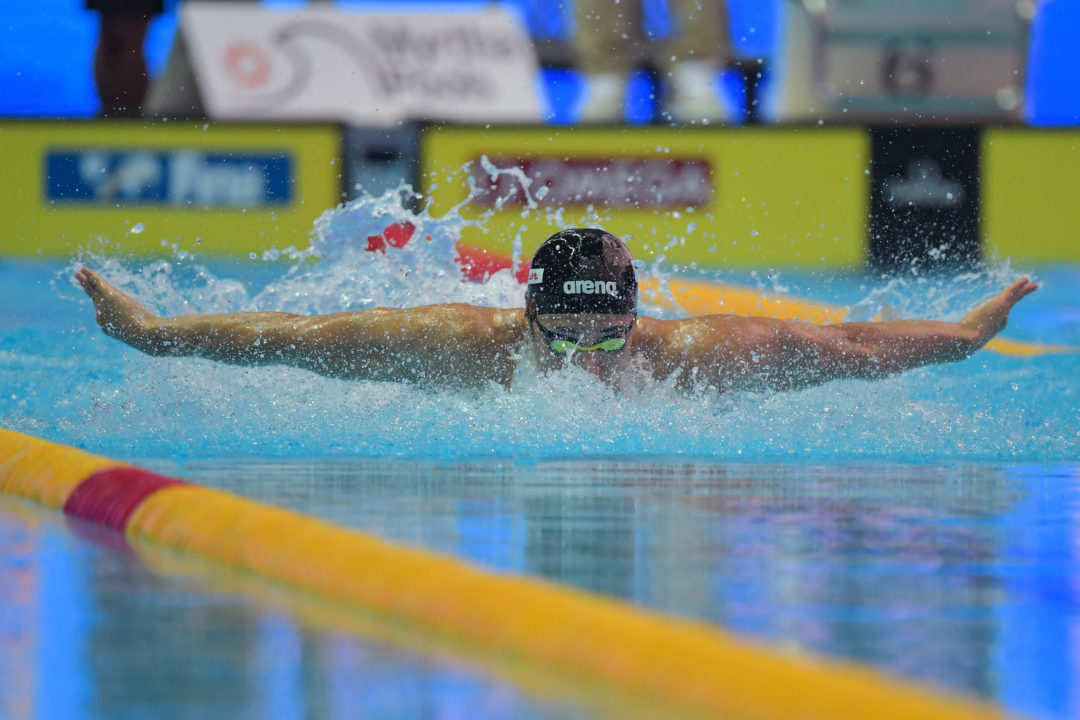 Daiya Seto of Japan took silver in the men's 200m fly and also set himself up to gun for a medal in tomorrow night's 200m IM final. Current photo via Gian Mattia D'Alberto - LaPresse

Japan’s Olympic medalist Daiya Seto took on the tough double of the men’s 200m fly and 200m IM tonight and came away with one of the best possible outcomes.

In the former, the 25-year-old reaped silver, establishing a new personal best time of 1:53.86. That marked Seto’s first time ever under the 1:54 threshold and was still a solid performance, even against Hungarian Kristof Milak‘s otherworldly 1:50.73.

Seto’s time tonight checks him in as the 12th fastest 200m fly performer in history.

Seto was back in the water shortly after to contest the 200m IM, an event in which he currently ranked 4th in the world heading into these Championships. After the semi-finals, Seto currently sits 3rd in a relaxed-looking time of 1:57.10. His lifetime best is represented by the 1:56.69 he produced at the Japan Swim in April.

The man has performed this same double at the 2017 edition of these Championships, but in Budapest, he settled for bronze in the 200m fly (1:54.21) and landed off the podium in the 200m IM (1:56.97 for 5th). As such, with Tokyo qualification on the line, Seto will have even more incentive to beat out the likes of America’s Chase Kalisz and Swiss ace Jeremy Desplanches in tomorrow night’s final.

That was certainly very impressive! I think Seto and Larkin have more in them…Seto coming off the 2fly and Mitch knowing he had the relay coming up quickly! 2im should be a great race!