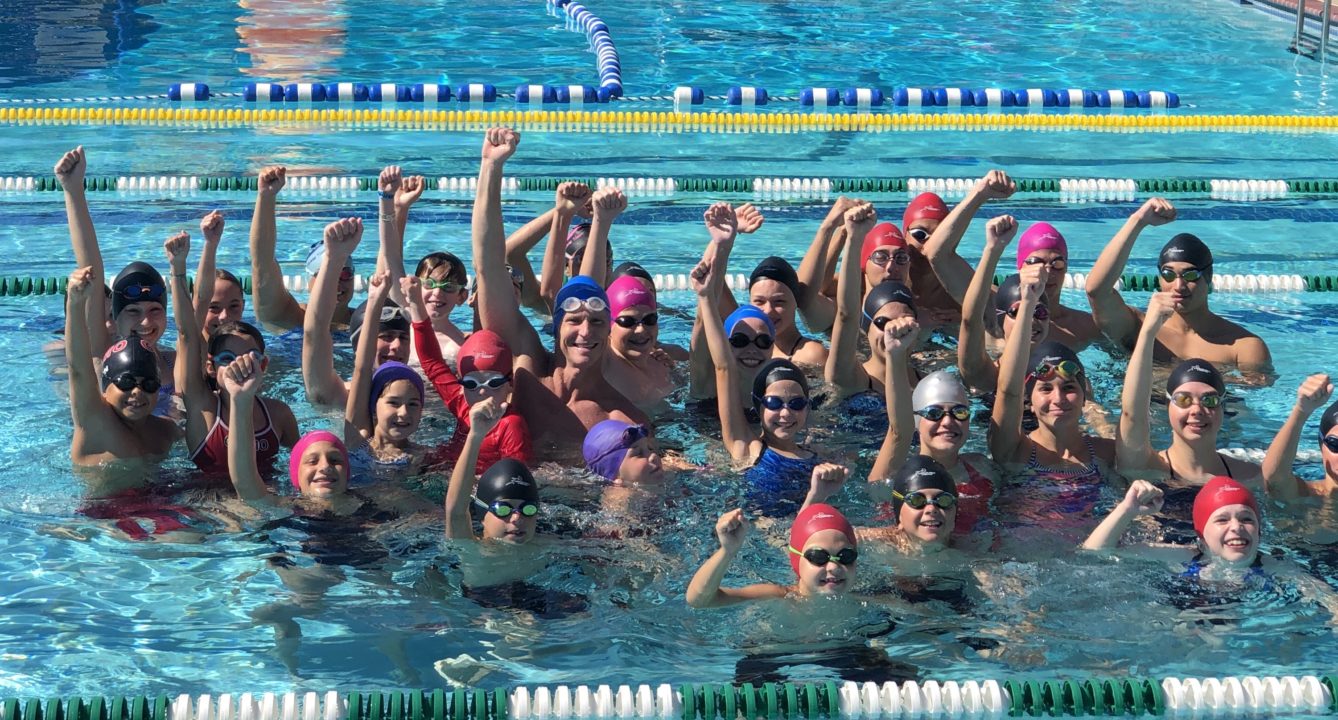 The Biology of Swimming: Everything You Need To Know About the Swimming Machine

The Biology of Swimming book and course can help you (the coach) and you (the swimmer) understand the “why” behind the “how.”

For 50 years, Anti Wave has been at the forefront of the innovation, development and supply of top performance water polo competition and training equipment.

Olympic Gold Medalist Josh Davis endorsed Hammer Head Swim Caps because of the revolutionary benefits it brings to swimmers at all levels.

Josh Davis is a US Olympic gold medalist and former world record-holder. He represented the United States at two consecutive Summer Olympics and served as USA Swimming Team Captain. In his third year as head coach at Oklahoma Christian University, Davis is thriving and continues to grow this winning men’s and women’s programs.

Davis practices and competes in his Hammer Head branding it “the safest, fastest, most comfortable and most durable swim cap in the world. No swimmer plans on collisions resulting in head strikes, but it happens all the time. In fact, two of my colligate swimmers had a head-to-head collision this year and took them both out for the entire season.”

Richard Franklin, father to Olympic Gold Medalist Missy Franklin and Chairman of the Hammer Head Swim Caps Advisory Board, continues to emphasize that “full blown concussions are not an everyday occurrence, but it’s the recurring day to day head strikes with walls, elbows, feet and other swimmers heads above and below the water that can have a cumulative effect on the developing brain.”

Theresa Finn, Co-Founder, and CEO of Hammer Head say “Davis’ genuine and engaging character is respected across the competitive swimming world. And now he has gotten behind Hammer Head to educate his swimmers about its safety and competitive advantages.”

David Burns, Co-Founder, and COO of Hammer Head Swim Caps says “Our mission is to give aquatic athletes, of all ages and skill levels, a cap designed to reduce the chance impact of accidental and repetitive head injuries in the pool, that is designed for comfort and is made of tear-resistant, premium silicone – designed to outlast other caps. We are thrilled to have someone like Davis share our mission.”

Davis adds “Safety is of the utmost importance to our sport–emotional, mental and physical.  I am excited to align with partners like Hammer Head who value the same thing. I am living proof that with hard work and perseverance, dreams do come true. Why not take every precaution and competitive advantage available to you!”

Hammer Head Swim Caps is a patented product of Mako International LLC, co-founded by David Burns, a 20-year swim coach and swim school owner, and Theresa Finn, a swim mom and sports brand marketing and business development executive with a manufacturing background. The Hammer Head has been endorsed by Rowdy Gaines and the ASCA (American Swimming Coaches Association), USA Synchro and Hope Floats Foundation. Hammer Head® Swim Caps are the world’s only protective swim cap and are ideal for every age and skill level of swimmer bringing confidence in the water through improved head protection. Caps retail for $34.95 and are available in three sizes – large medium and small.

Oklahoma Christian University has an intercollegiate men’s and women’s swimming program lead by five-time Olympic medalist, Josh Davis, to serve as the head coach.  Josh is a highly competitive person and his accolades speak for themselves. He is also a great Christian example for the students competing on his team. https://www.instagram.com/joshdavis_usa/