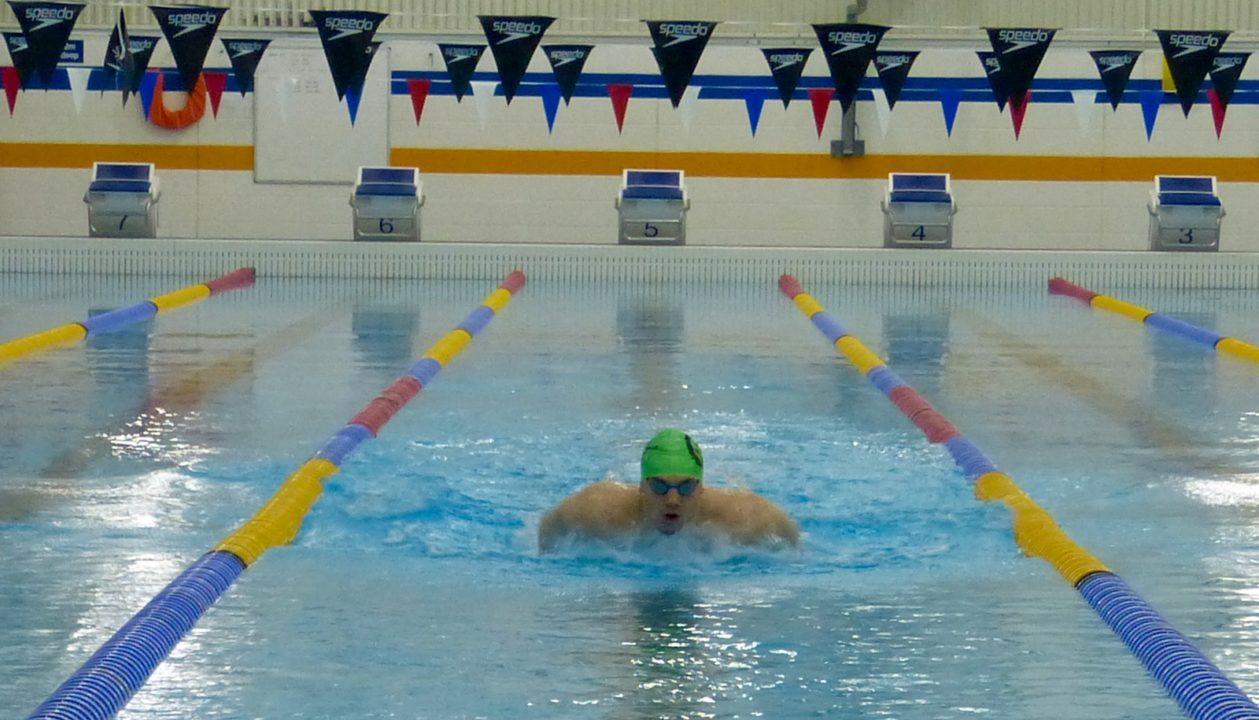 Just 5 weeks back in the water, James Guy raced the men's 100m butterfly and 100m freestyle events at the Somerset ASAs. Archive photo via courtesy of Matchtight

The 2017 Somerset ASA Swimming Championships took place at James Guy‘s old stomping grounds of Millfield on Saturday, February 4th with the reigning 200m freestyle World Champion in attendance. Along with new Bath teammate Cameron Kurle, Guy took to his old training pool after having been back in the water only a few weeks since the start of 2017.

The other event Guy swam at the regional meet was the men’s 100m freestyle, where he took the top seed in a time of 50.33 ahead of Kurle’s 51.93.  Considering Guy has only dipped beneath the 50-second threshold twice in his career, along with the fact he told us he’s only been in the water for 5 weeks, the outing was arguably solid at this point.