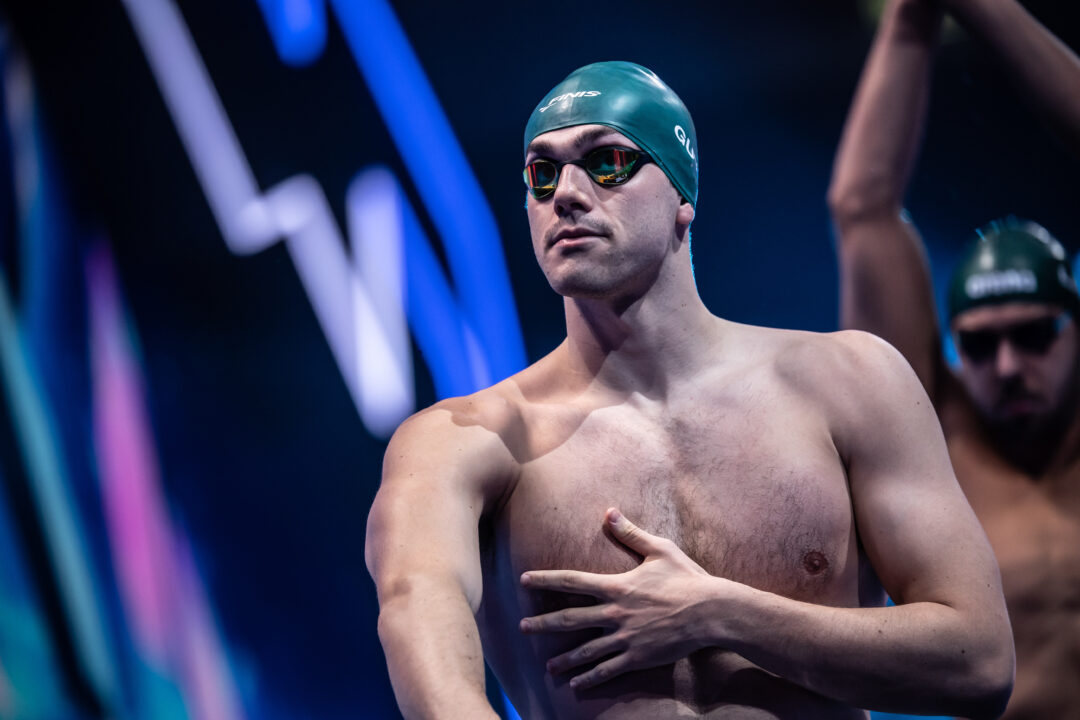 Energy Standard, the 2019 champions of the International Swimming League, are preparing for the Playoff round of the 2021 ISL season with a roster of 31 athletes.

Head coach Tom Rushton says that the roster is not fully etched in stone, but it is the group that the team is planning for when competition resumes in two weeks in Eindhoven.

Energy Standard escaped the regular season undefeated with 2,227 points, though because of unbalanced schedules, reinforcements expected throughout the season, and no head-to-head matchup with the league’s defending champion Cali Condors, we don’t really know what that means.

We suspect that it leaves them, at a minimum, as one of the top two teams in the league (Cali scored more total points, even with league MVP missing a meet-and-a-half), depending on how many of London Roar’s playoff reinforcements arrive and what their form is.

As for Energy Standard, they’ll get one big swimmer back for their playoff roster: 25-year old James Guy, who won a pair of relay Olympic gold medals in Tokyo for Great Britain. That’s in addition to a silver from last summer’s Olympics, and a pair of silvers from the 2016 Olympics.

Guy swam for London Roar in the 2020 season, where he struggled. Guy averaged only 5.66 points per match in the regular season. After missing the semifinals, he wasn’t much better in the final, grabbing only 4.5 MVP points, having the points from two of his three individual swims Jackpotted.

The good news is that Energy Standard should be able to stroll into the Final (which will be held in either late December or early January, depending on which rumors you believe), so Guy can build up to that meet rather than having to worry too much about the semifinals.

He will take the roster spot in the Playoffs of Marco de Tullio, who is not on the team’s official roster for Eindhoven. De Tullio swam at 3 of the team’s 4 regular season meets, focusing mainly on distance freestyle events, but wasn’t close to his career-bests. Guy can occupy those spots in the 200 and 400 free, as well as give Energy Standard more versatility for butterfly and relay events.

The team got stronger throughout the regular season as many of their top swimmers, like Florent Manaudou and Femke Heemskerk, joined the team mid-way through the regular season. Among the names still absent from the roster, however, are Hungarian Boglarka Kapas, who was the 2019 World Champion in the 200 fly, and the Tokyo 2020 Olympic bronze medalist in the 200 backstroke Emily Seebohm of Australia.

But, again with the context of a comfortable path to the final, we could still see those swimmers emerge for the championship match.

Energy Standard is currently scheduled to begin their Playoff run on November 11 and 12 against Energy Standard, DC Trident, and Iron. Match start times have not yet been announced.

Tge match times are expected to be 19.00-21.00 for every match, according to the KNZB newspost when the ticketshop opened, but hey, it’s ISL so it can still change 😉

A lot of australians said on podcasts/Instagram stories, that they will leave Europe early December or after short course Worlds. Therefore, I think the final will be held in December.

Quick question for Braden: where can we found all teams rosters for the playoffs ? It’s unavailable on the ISL-website.

SwimSwam.com is the only place. We’ll aggregate them once we have them all.

The rosters are still there, they just removed the link to them Rosters – ISL (but it doesn’t necessarily follow that they are correct in terms of who will show up in Eindhoven of course)

Apparently they’re selling tickets for the finals for Eindhoven Dec 3-4? Which would actually make sense to reduce travelling…