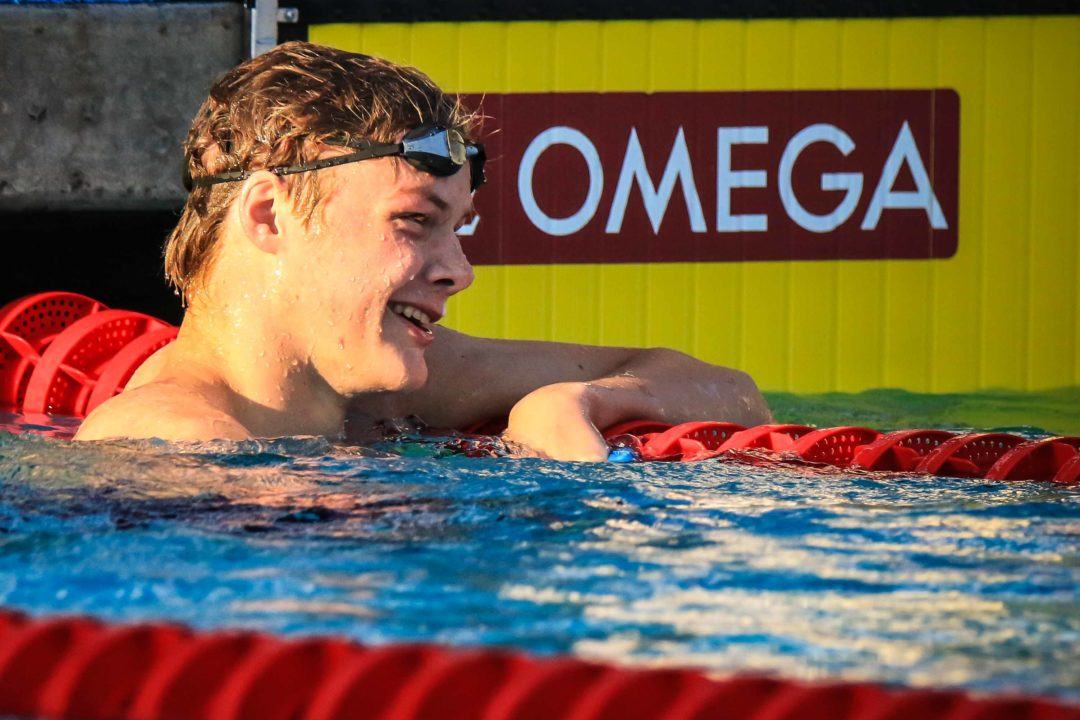 Magahey broke through, snatching the lead at the 450 mark after lurking most of the race, and he held off Kieran Smith down the final stretch. Archive photo via Jack Spitser/Spitser Photography

Georgia freshman Jake Magahey proved that his 500 free 4:06 performance at 2021 SECs was no fluke, again coming from behind and sailing to the NCAA title tonight.

The race tonight saw Cal’s Trenton Julian and Texas’s Drew Kibler lunge out to huge leads early on, but into the final 100, Magahey and NCAA/American/U.S. Open record-holder Kieran Smith started to make their move.

Magahey broke through, snatching the lead at the 450 mark, and despite a furious 23.27 final 50 from Smith, the Bulldog rookie held on for the win.

The race tonight was quite different from what we saw at SECs a month ago, when Smith shot out to the lead with a 1:35 first 200, and it looked like an easy win for him until Magahey pulled up over the past 150 or so. That’s how Smith swam it at 2020 SECs, too, when he first set all of the records; he was out 1:37.0, ahead of the field, and then kept piling it on the rest of the race.

Tonight, Smith cruised early, ultimately waiting too long to make his move. He was .99 faster tonight in his final 50 than he was holding off Magahey at 2021 SECs.

Glad I picked him for the upset

Interesting race of tactics and the Frosh wins! Who got this right?