Jade Hannah, Faith Knelson Out Of Junior Pan Pacs Due To Injury 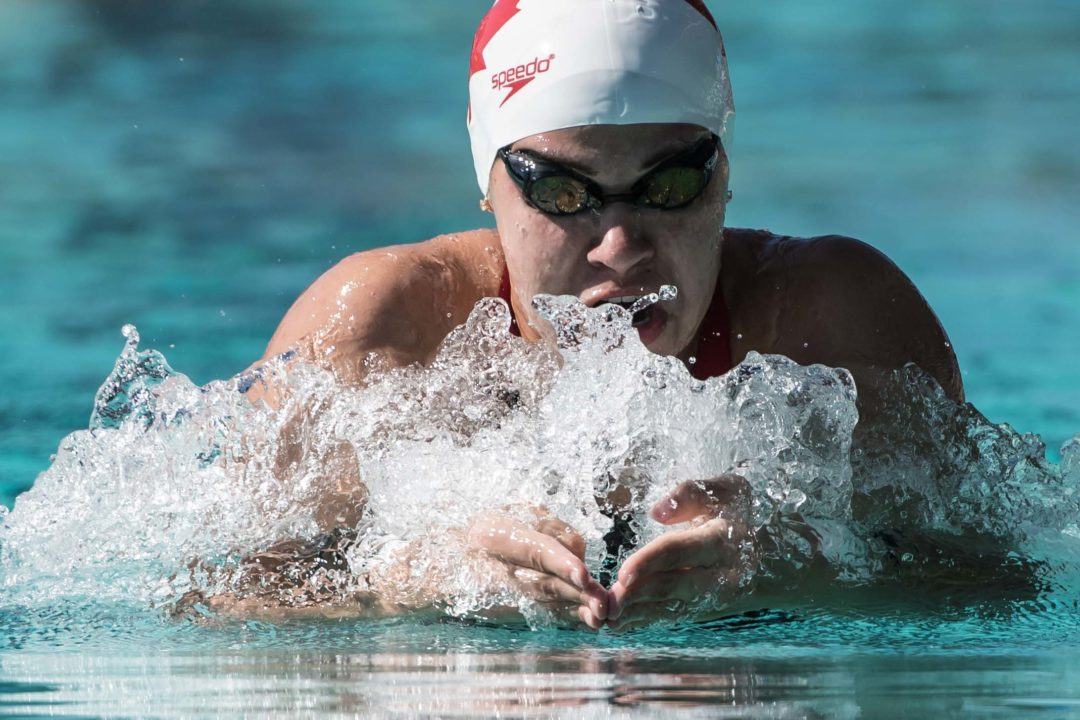 Swimming Canada has confirmed to SwimSwam that both Jade Hannah and Faith Knelson won’t compete for Canada at the upcoming Junior Pan Pacific Championships due to injury. Both swimmers represent Island Swimming nationally in Victoria, British Columbia.

Neither athlete was on the initial roster put in place after the Canadian Championships in April, as they were off competing at the Commonwealth Games in Australia, but were both added to the official roster after they failed to qualify for the Pan Pac team at the Canadian Trials in July.

Knelson, also 16, had a pair of 3rd place finishes at the Trials in Edmonton to narrowly miss making the Pan Pac team. Like Hannah, she made a pair of finals at the Commonwealth Games in April, including a very impressive 4th place finish in the 100 breast. She also won two individual silvers at the World Juniors last summer. Both Hannah and Knelson added a pair of relay golds to their collection in Indy as well.