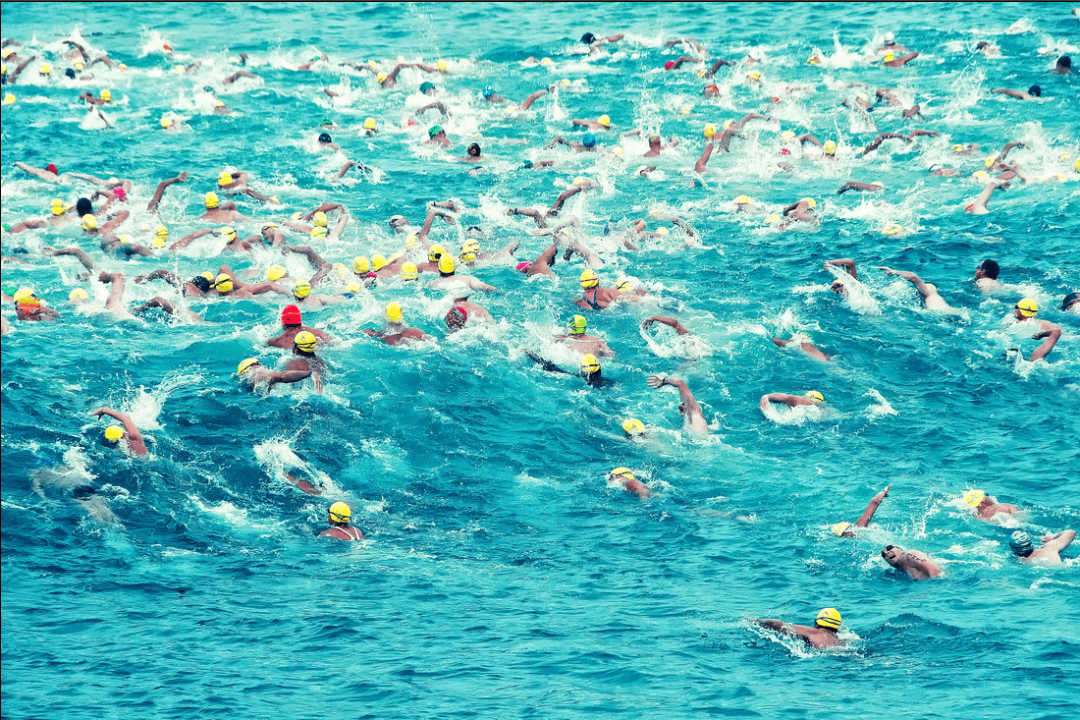 Thanks to Jerry Shandrew for contributing this report on America’s “premier roughwater swim.”

More than 2,000 swimmers competed over the weekend at the 83rd Annual La Jolla Rough Water Swim along the coast of San Diego, California.  Known for its clear pristine water and lots of kelp beds (seaweed), La Jolla Cove was the  setting for a grueling 3-mile swim.

This was Kevin’s first ocean swim, having only done an open water lake swim last month for the first time.  “I swam smooth and long, and knew that I would have enough coming home as I train at 7,000 ft in Colorado,” stated Kevin.

“I was able to catch some drafting off  the guys on the way across the cove and had a nice smooth swim on the way back,” said Helms.

results aren’t up at the ljrws site yet. Try
http://results.active.com/events/la-jolla-rough-water-swim–4/

This is, hands-down, the best all ages open water swimming event in the country. It was my 8th year there and I think about the best conditions (air plus water temps) I’ve seen. I can’t think of a better place for a swimmer of any age to try their hand at an ocean race. If any swim parent out there wants to introduce your kids to open water, this is the place to do it.