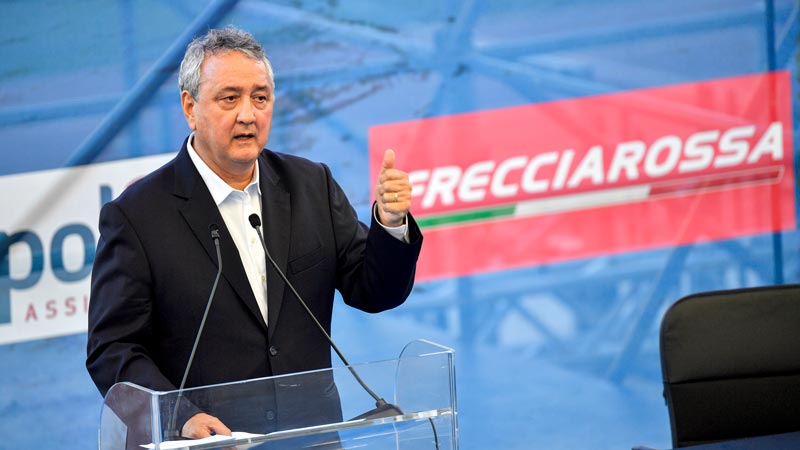 Italian Swimming Federation President Paolo Barelli spoke out against the rules put in place by the government blocking pool use. Current photo via Giorgio Scala

Barelli was a part of a peaceful demonstration organized in order to help raise awareness about the crisis that the sports world is experiencing following the signing of a new DPCM. A DPCM is similar to rules and regulations in the United States in that they put rules in place limiting activities.

He expressed his concern by saying:

“This is a very difficult time for the whole country.

The sports world is in danger of falling into a deep crisis.

It is difficult to accept that thousands of sporting associations have been penalized in this way.

This is not acceptable.

There’s a lot of money that is needed.

The sports world isn’t the only one that has been brought to its knees. I don’t know if there will be enough money for everyone, but I certainly hope so.

In Italy, sports are not practiced in schools or universities, but exclusively through sports associations. It is only through the people who work there that we are able to have sports.”

Since the Italian government announced the DPCM last Sunday, Barelli has discussed his concerns on the content of it on multiple occasions.

It is hard to see how such an unjust and disrespectful decision has been reached. More than 200 checks have been done by the NAS and, with the money spent on them, the facilities in Italy, and all the positive results that we have had in the fight against the virus, what is the point?

As part of the DPCM that was announced on October 25th, 2020, all gym and swimming pool use has been suspended until November 24th, 2020. The DPCM will also impact games rooms, theaters, cinemas, and spas.

The Italian Swimming Federation has stated that, despite the country’s regulations, elite athletes will be allowed to continue t0 train. While this training will be required to take place behind closed doors, this allowance will cover all forms of aquatic competition.

Last month, two members of Matteo Giunta’s training group, based out of the Federal Training Center, tested positive for the coronavirus. Both Federica Pellegrini and Stefania Pirozzi tested positive, although Pirozzi remained asymptomatic. Pellegrini, who is currently competing in Budapest as part of the ISL has spoken on the fact that, if Italy were to re-enter a strict lockdown, she would consider retirement.

Italy isn’t the first country to shut down pools following a spike in cases over the last month. Germany closed all pools beginning on November 2nd for non-professional athletes, while England put similar restrictions in place to limit pool use to professionals for the next four weeks.

So far Italy has had a total of just under 710,000 cases of COVID-19 in the country. The daily number of cases has skyrocketed over the past month, with almost 32,000 positive cases being confirmed on October 31st.

Thanks for this . This could l as t all northern winter , whilst ISL & Simi l at bubbles exist it I s very expensive .