Isabelle Stadden Scratches 400 IM, Focuses on 50 Back at Clovis 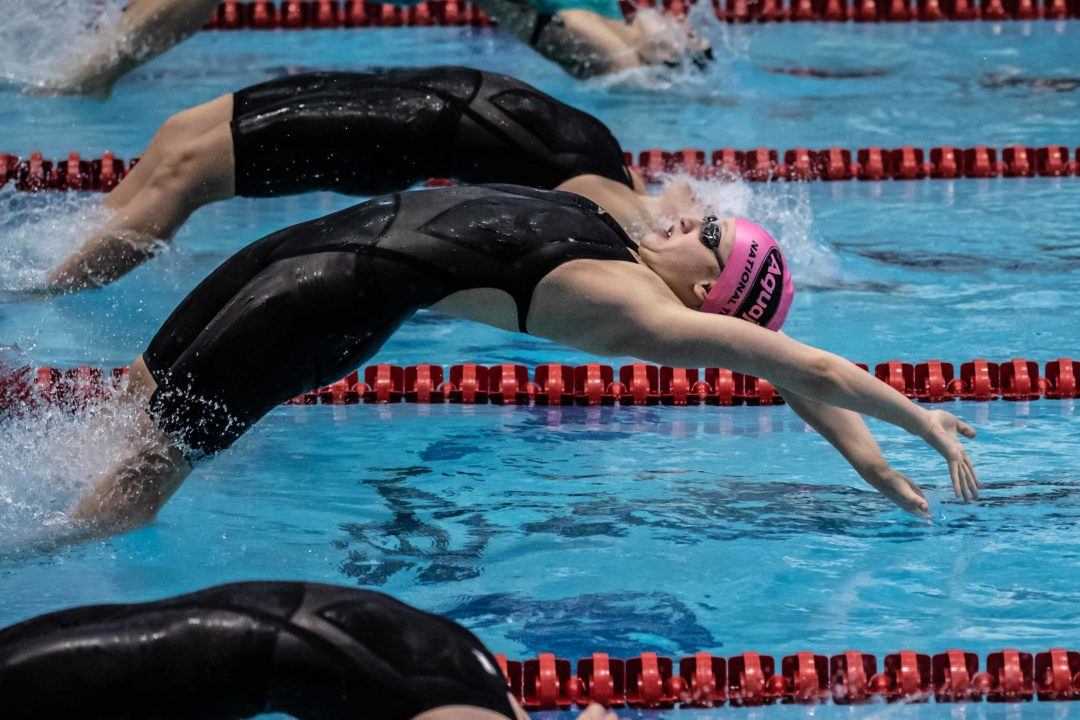 16-year-old Isabelle Stadden scratches out of the 400 IM at Clovis to focus on the 50 back and race college sprinters Ali DeLoof and Amy Bilquist. Stock photo via Mike Lewis/Ola Vista Photography

The second day of the Clovis Pro Swim Series is soon to kick off. Among the races to watch, the women’s 50 back looks to be interesting with 16-year-old Isabelle Stadden challenging former collegiate swimmers Ali DeLoof and Amy Bilquist.

Stadden has decided to forego the 400 IM and may likely scratch the 100 breast final to save up for this 50 back. With Regan Smith not attending Clovis, Stadden has a shot at taking the top spot in the backstroke events. The Aquajets teen is seeded second in the 50 behind DeLoof with Bilquist right behind her.

Stacking up season bests, DeLoof has the fastest from the Richmond stop with a 28.08. Stadden slides into second with a 28.50 from Knoxville, yet her most recent swim at Bloomington was a 28.57. In Bilquist’s first PSS appearance of the year, she comes in with a 28.66 post-NCAAs.

More racing to watch will be Leah Smith and Mallory Comerford in the 200 free. Smith’s in-season best of 1:57.54 is only a mere half second ahead of Comerford’s time of 1:58.02. While Comerford only swam the 200 free in prelims at Bloomington, she can’t pass up a great racing opportunity tonight.

Another splash-and-dash face-off to watch will be the men’s 50 back, featuring Justin Ress and Matt Grevers. Ress has only swam the event once this year, going a 24.68 at the Budapest stop of the FINA Champions Series. Grevers is just a tenth behind Ress with his 24.78 time from the Indy stop of the series.

Diving into the PSS pool since January is 17-year-old Luca Urlando, who will contest in the 200 free and 100 fly. Urlando will have some great challenges coming up, with 200 free top seed Townley Haas and 100 fly top seed Ryan Coetzee to race.