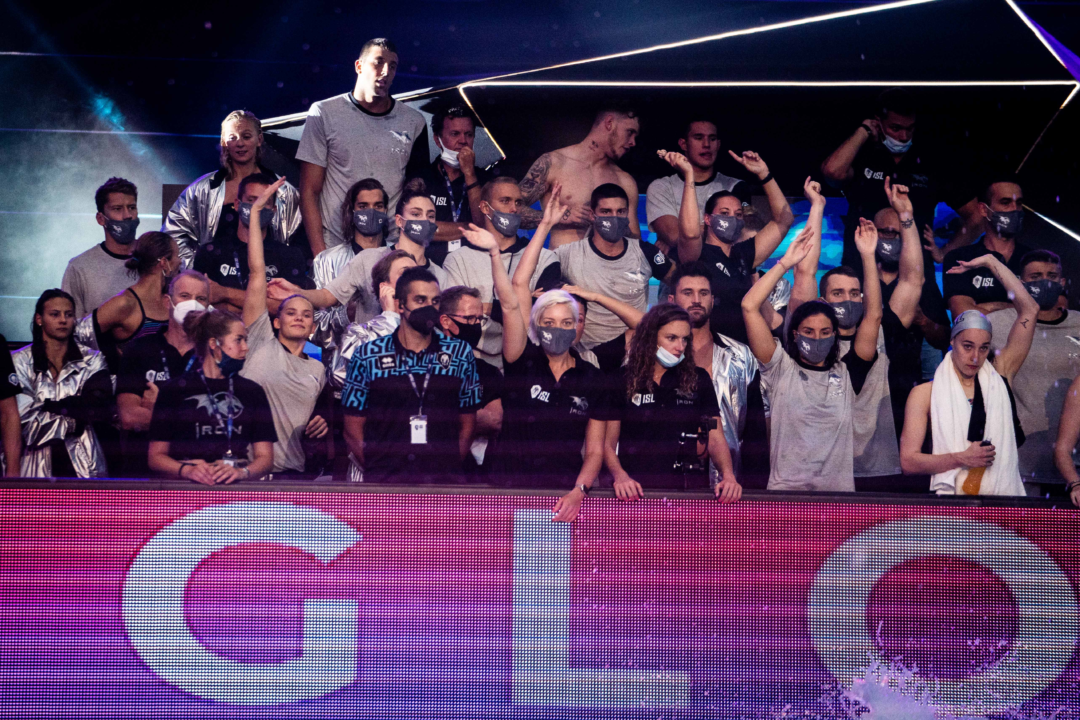 Team Iron is the latest club that has faced a lockdown to await the results of contract-tracing tests after a member of the team tested positive for the novel coronavirus. Archive photo via Mine Kasapoglu/ISL

Team Iron of the International Swimming League has had a positive test for COVID-19, leaving the team under quarantine since Tuesday. The remainder of the team in Naples is awaiting results of follow-up tests on Thursday afternoon to find out if they will be able to compete in their match against LA Current, Toronto Titans, and DC Trident.

The league has not addressed the positive test.

This is the 2nd confirmed positive test among participants in the second season of the league. In week 1, the New York Breakers had a positive test. The rest of the team was cleared from quarantine on the day of the team’s opening meet, which

A more relaxed setup in Naples, Italy this year than the “bubble” that participants faced in Budapest last year allows athletes and staff to venture out into the city and interact with locals.

They still face daily testing for COVID-19, however. This testing has resulted in two confirmed positive tests after none were officially reported as having been contracted after arrival last season.

Daily cases of COVID-19 in Italy are stable and trending slightly downward. Over the last week, Italy has averaged 5,564 new daily reported infections, off their peak of about 6,600 during the current wave. That equates to a rate of about 9 infections per 100,000 population, a far lower rate than both neighboring countries like France (16) and Swtizerland (32), and only about 20% of the new reported daily cases in the United States (45/100,000) – home to more participating athletes in the ISL than any other country.

According to Bloomberg data, almost 72% of the Italian population is fully vaccinated. The country is currently requiring proof of vaccination to enter most indoor social events, including sporting events like ISL and restaurants.

Iron had a bye in the first week of the ISL season, meaning that Match 3 last week was their season opener. They finished 3rd in that match, 31 points behind London Roar and 235 points behind Energy Standard. The team’s star swimmer Katinka Hosszu was in attendance at that meet, but didn’t compete.