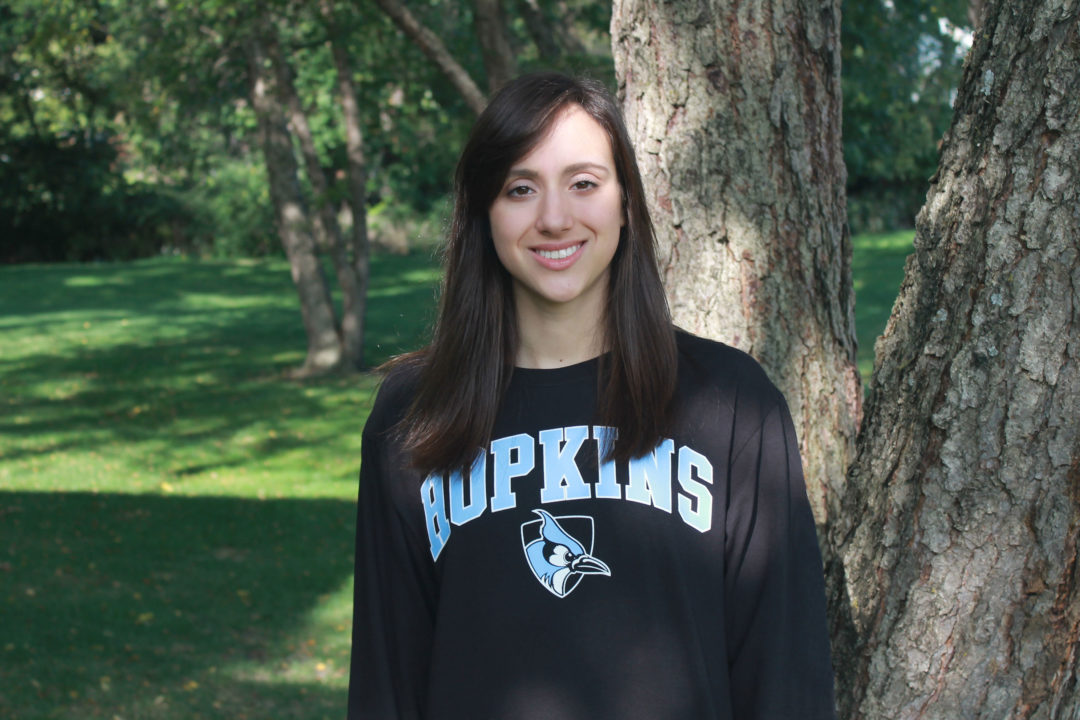 Johns Hopkins University has picked up a verbal commitment from distance freestyler Meg Susil for its class of 2025. Her uncle Robert Susil attended and swam at Johns Hopkins under the direction of former coach George Kennedy. Meg is a senior at Dowling Catholic High School and she swims club at Eastern Iowa Swim Federation.

Susil’s best times would have earned her an invite to the NCAA Division 3 National Championship meet last season already for the powerhouse Johns Hopkins program.

I’m so excited to announce my verbal commitment to swim and study at Johns Hopkins University!  My values aligned perfectly with the vision coach Armstrong has set for the team.  I couldn’t have done it without the unconditional love and support of my family, teachers and coaches (Megan Oesting and Frankie Hanson).  Let’s go Blue Jays!

She is a 1-time individual and 2-time relay All-American. She has also been selected for the All-State Swim team selection: twice for the first team and four times for the second team.

Congratulations to Meg and Johns Hopkins. Coach Armstrong is recruiting and developing a strong looking team!

What a grab for an amazing school! Congrats!!