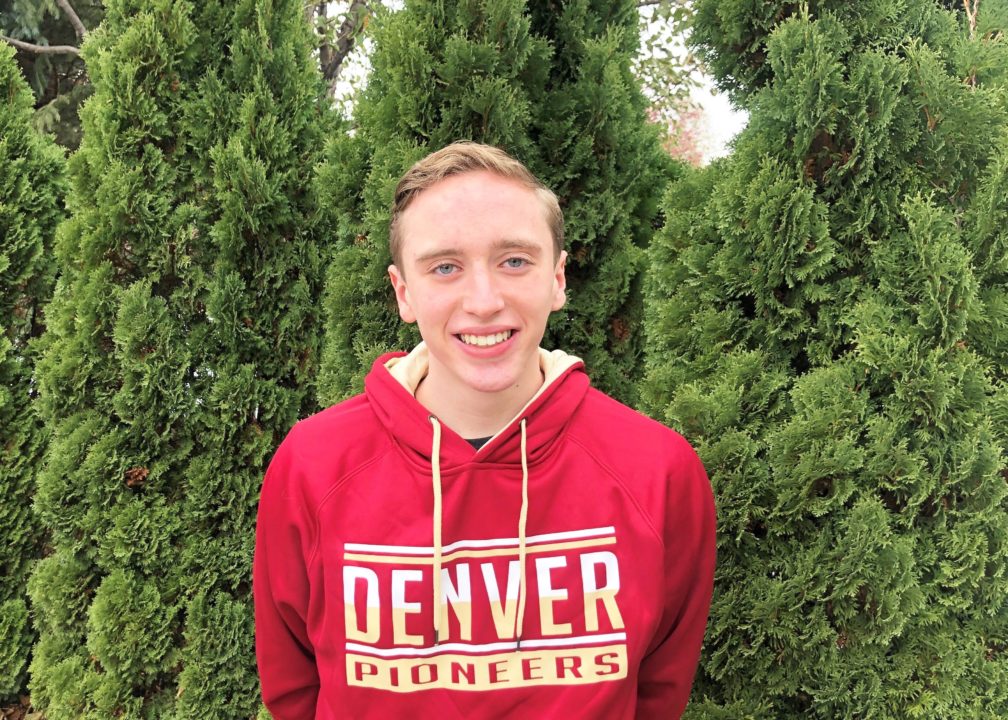 Minnesota Senior State finalist Will Melsha has announced his decision to swim for the University of Denver beginning in the fall of 2021.

The University of Denver has picked up a verbal commitment from distance freestyler Will Melsha for its class of 2025. He is a year-round swimmer at The Great Wolf Swim Team. He announced the news on his Instagram:

In 2018, Melsha competed at the USA Swimming Futures Championships in Rochester, NY. He swam the 400, 800, and 1500 free, and he swam the backstroke leg of the Great Wolf Swim Team’s relay. He finished 17th in prelims in the 400 free, earning him a spot in the C-final. He dropped 1.6 seconds in finals, finishing first in the C-final with a personal best time of 4:09.66. At the final turn, Melsha was fourth behind Will Whittington, Dominic Griffin, and Tim Rizzo. He powered home in a final 50 split of 28.96 to out-touch all three men.

Melsha completed the meet with personal best times in each race, including his 3 relay lea-off splits.

Melsha’s best time in the 1650 free would have placed him 5th at last year’s conference championship meet – just behind 4 of his teammates – and his 100 backstrokes would have also placed him in the A-final. Denver’s depth and dominance of the conference, though, means that conference placements are often as dependent on standing within the team’s rankings and ability to make the conference roster as it is competition against the other teams in the Summit League.

I think half the men’s team is suspended or transferring out.