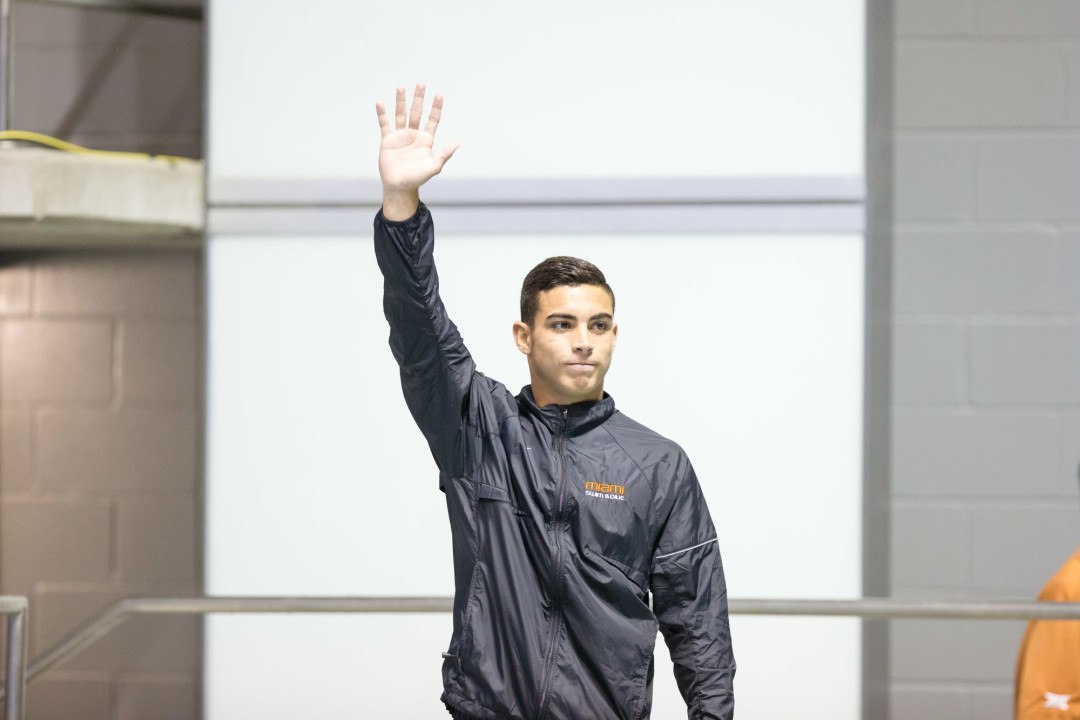 Indiana will once again have two divers in the A final tonight after James Connor and Michael Hixon took 2nd and 3rd in prelims, respectively, on 3-meter. Archive photo via Tim Binning/TheSwimPictures.com

Indiana will once again have two divers in the A final tonight after James Connor and Michael Hixon took 2nd and 3rd in prelims, respectively, on 3-meter.

IU is running 5th after day 2, but only two points back of NC State and 17 behind Florida. They’ll be shorter on swimming scorers tonight than those two programs, but Connor and Hixon will score 33 points if they hold their places from this morning.

Already leading team points, Texas will have another A finalist. This time it’s freshman Grayson Campbell, who took 6th.

Stanford – currently 6th – has Cameron Thatcher in the 3-meter B final, which is currently taking place. The only other team in the top 10 with scoring divers is USC, which put two into the B final – Henry Fusaro and Dashiell Enos.

Miami’s Briadam Herrera was the top finisher in prelims. Other teams with A finalists include Minnesota (Matt Barnard), Tennessee (Liam Stone), Purdue (1-meter champ Steele Johnson) and LSU (Juan Hernandez). Purdue also has one in the B final, and Ohio State has two divers in the B final.