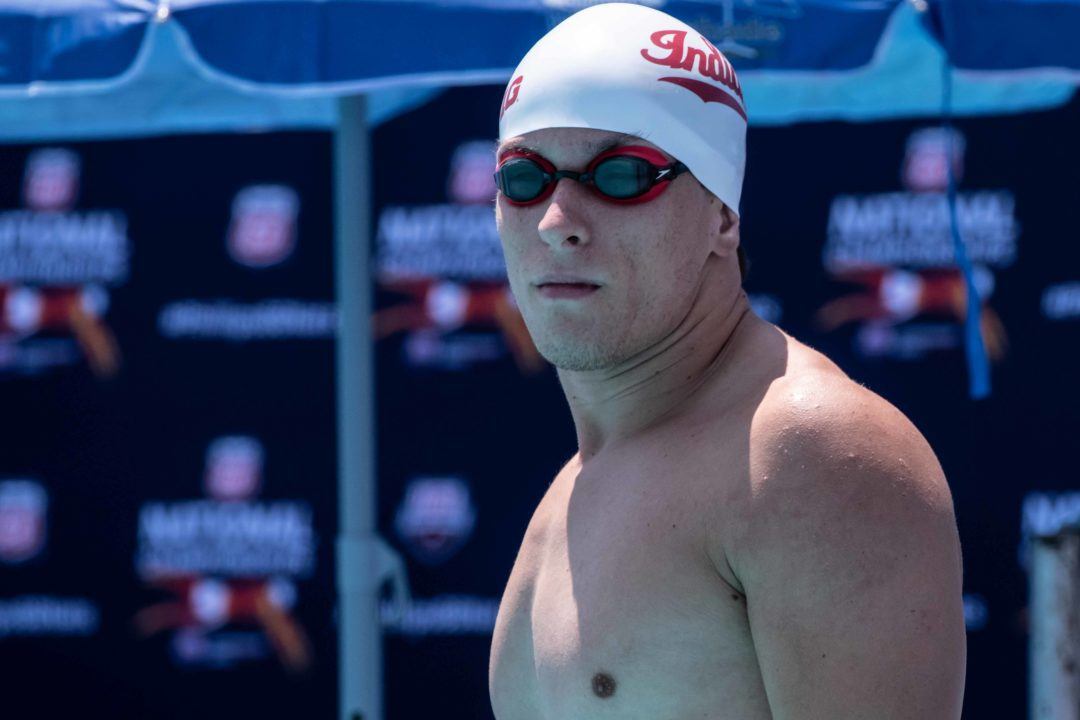 A new addition to the 2018-2019 schedule, the IU Invite in Bloomington will be one of the higher-profile mid-season invites, hosting three top-10 programs from NCAAs a season ago. Archive photo via Mike Lewis/Ola Vista Photography

A new addition to the 2018-2019 schedule, the IU Invite in Bloomington will be one of the higher-profile mid-season invites, hosting three top-10 programs from NCAAs a season ago.

Indiana will host, bringing the #3 men’s team and #8 women’s team from last season. They’ll compete with Louisville (#5 women, #9 men) and NC State (#4 men, #18 women) along with a handful of other programs. A school rep told us that the meet is currently set to feature Indiana, Louisville, NC State, Arizona State and the Purdue women.

The IU Invite is scheduled for Thursday, November 15 through Saturday, November 17 in Bloomington, Indiana. Indiana also hosts women’s Big Tens, making the meet a top destination for Big Ten teams wanting a rest-meet experience at the facility before the conference championships.

The meet comes on a busy first weekend of major mid-season rest meets. It will run at the same time as the Ohio State Invite, Missouri Invite, Texas A&M’s Art Adamson Invite, Iowa’s Hawkeye Invite and the Georgia Tech Invite.

I know what I’m doing that weekend.

Why did ASU get in the headlines?

If u r superfan you know the history. Potentially some bad blood here. Thus the headline. ASU getting better. IU transfers helping that cause.

Transfers were the ones asked to leave I do believe. Bottom of the barrel.

Absolutely incorrect you no nothing!

Class reunion for the transfers?