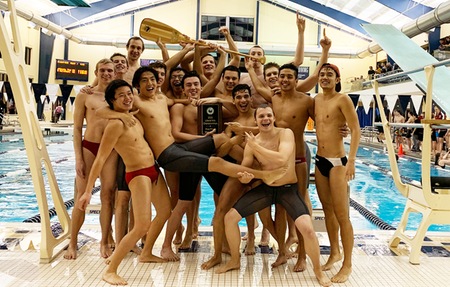 ELSAH, ILL.—A mountain-top view is sweet, and the Illinois Institute of Technology men’s swimming & diving squad know that feeling as they captured their second Liberal Arts Conference Championship in school history with a four-day total of 757 points at Principia College in Elsah, Illinois. The Scarlet Hawks also won the inaugural Liberal Arts Conference Championship in 2013.

Samuel Kalenowski claimed gold in the 200 yard breaststroke with a 2:07.51.

The 200 yard backstroke saw Matthew Randle take third place with a 1:54.16, while Eric Zhang captured fourth place with a 1:54.95. The third-place trend stayed alive in the 100 yard freestyle when Van Wagener clocked-in a 47.83.

The Scarlet Hawks will now await their fate for the NCAA Division III Swimming & Diving Championship that is set to take place on March 18-21 in Greensboro, North Carolina.