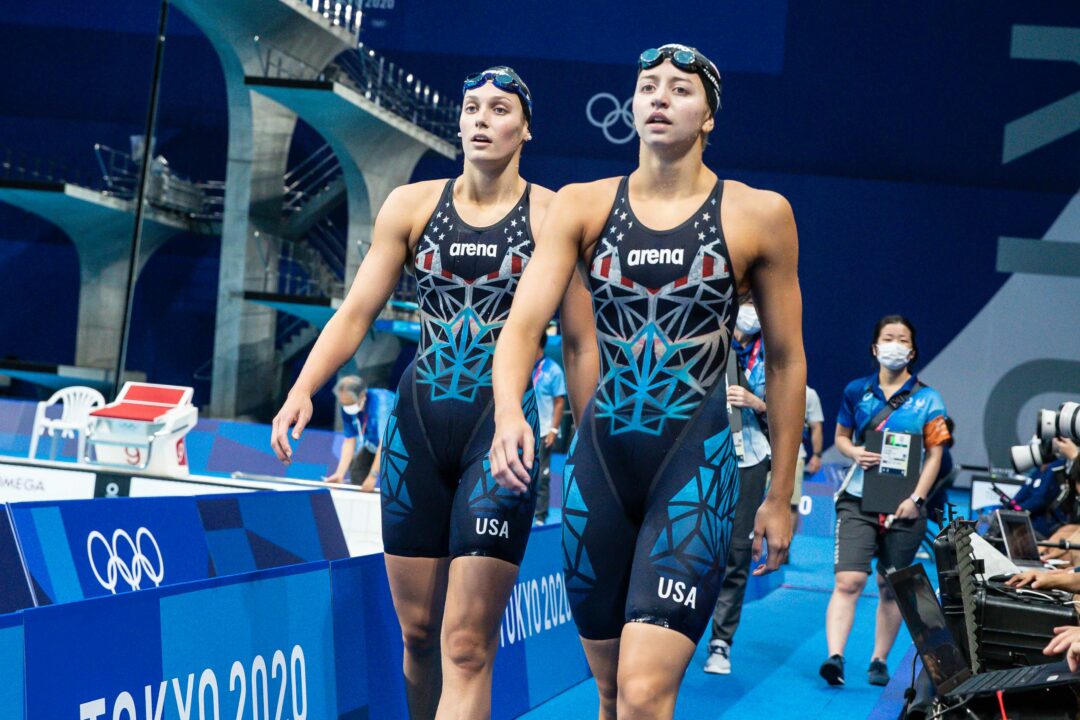 NCAA swimmers can only accept prize money "up to actual and necessary expenses" at competitions other than certain Operation Gold Program events. Archive photo via Jack Spitser/Spitser Photography

The question of how much of the earnings a swimmer can actually take home in order to maintain their amateur status (and therefore NCAA eligibility) is a common theme that arises every time an international competition with significant prize money on the line comes to a close.

Take the 2022 FINA World Cup circuit, for example. While the field was full of top professionals, we also saw some current NCAA swimmers in action picking up a decent chunk of change once the series was over. Reece Whitley ($12,800), Maggie MacNeil ($12,000) and Kacper Stokowski ($9,300) were the top-earning swimmers who currently compete in the NCAA, while Bella Sims, who is slated to join the collegiate ranks next season, won $8,000.

The caveat is that there are guidelines in place to limit the amount of money these athletes are able to actually keep in order to remain eligible to compete in the NCAA.

For the most part, the restrictions are fairly cut and dry: prize money may only be accepted up to actual and necessary expenses. However, there are certain circumstances where there are exceptions.

For competitions part of the Operation Gold Program—a Team USA incentive designed to reward athletes for top-place finishes in a sport’s most competitive senior international competition of the year—any funds administered by the United States Olympic & Paralympic Committee (USOPC) for an American athlete can be accepted above actual and necessary expenses.

The same goes for international swimmers—an incentive program set up by their home nation’s Olympic governing body can also be accepted above actual and necessary expenses.

The Olympic Games are the only event locked in as being part of the Operation Gold Program for the USOPC. In non-Olympic years, the Long Course World Championships usually take over as the Operation Gold event of the year for USA Swimming.

However, the USOPC has the ability to designate other events to allow student-athletes to receive money directly from the committee for their performances in those events (the USOPC gets the money from the event and then passes it onto the athletes).

In 2021, the Short Course World Championships were one of these “Enhanced Operation Gold” events. As of now, the 2022 edition has not been confirmed to be an Enhanced Operation Gold event, meaning, unless this changes, student-athletes can only accept prize money less than or equal to actual and necessary expenses.

The U.S. roster for next month’s Short Course World Championships in Melbourne is loaded with NCAA stars, including names such as Kate Douglass, Alex Walsh, Claire Curzan, Torri Huske and Carson Foster.

International student-athletes could end up having several more opportunities to win money that exceeds their expenses depending on how their nation’s Olympic Committee designates its events.

What is the point of the NCAA again?

Without the NCAA college swimming would hardly exist. While their rules can seem arbitrary at times, they do a lot for athletes, especially in sports that only drain institutional funds. I’m not saying that this particular ruling is favorable, but the NCAA has done amazing things for the sport of swimming.

The BIG 10 just signed $7B TV contract yet the NCAA limits earnings of student athletes at swim meets. Head scratching. What’s their motivation?

This makes less sense now than it did before NIL. They should now be allowed to keep all of the money. I’m sure someone familiar with all the rules can come up with a workaround. Maybe the meet coordinators could just say it’s money for NIL instead of prize money.

I think international swimmers can “ hide” their prize money easier than Americans! I wonder if seniors like Reece can ask host to delay payment til after season?

Delaying payment until after the season is not a loophole that works.

However, there are many other loopholes that do work.

Plenty of loopholes. Just have to ask compliance to help you.

If you didn’t spend all the prize money you could certainly go buy a bunch of tech suits or if you’re Bella Sims you pay your mom $8000 for cooking her training meals for the year.

I think they mean expenses related to attending the meet where you won the money. I don’t think paying someone $8000 for cooking for a two day meet would be considered actual or reasonable expenses.

I always thought you could be reimbursed for things like club dues and all the costs associated with being a swimmer such as your personal trainer and your dietician and of course you have to eat a special diet prepared by your mom. You can’t just eat Mcdonalds and make it the olympics. Also you need a convertible sports car to commute back and forth to swim practice. Its a transportation cost. At this point I think swimmers just keep all the money cause I think anyone that tries to deny them a right to earn a living is going to lose big time in court.

Bureaucracy is astounding. There is an internationally recognized sporting federation that is willing and eager to pay out prize money for accomplishments. If those accomplishments are achieved, the respective athletes get said prize money. End of story. Enough with control in all facets of life – government, administrations, etc. All of it. We need to take a stand against encroachment in all regards, lest we lose the ability to act as individuals.

But if the athletes can chase prize money…then they’ll choose that over their NCAA teams, and the NCAA teams will stop funding their international prize money chasing, and that would be the end of NCAA swimming.

The analogy is “you can’t have an NFL player come back and compete for your college team.” Which makes sense, right?

You’re all finally seeing the light. Amateurism is dead, and so too are Olympic sports as we know them in the NCAA. We had to choose one or the other, and we chose professionalizing the sport and removing its value proposition for the NCAA. Good. Now let’s follow through on that and stop going halfway.

Let them get paid!