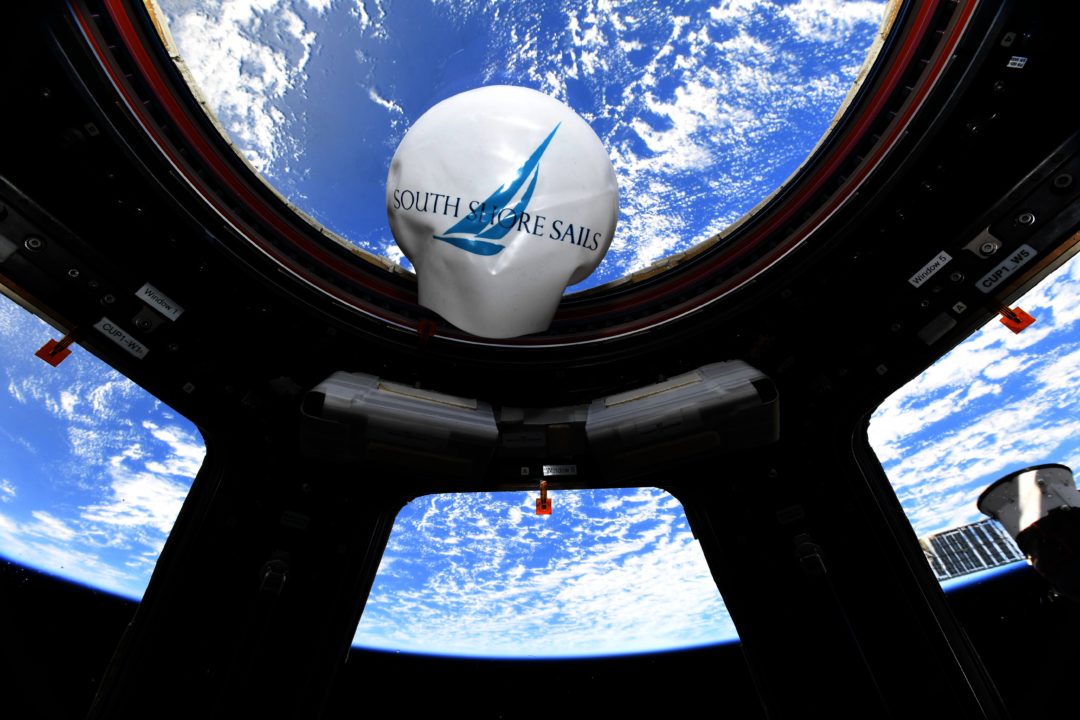 Swim caps are often found floating, but rarely quite like this one is. Current photo via Doug Hurley/NASA

The South Shore Sails USA Swimming club team is based in League City, Texas. At about 6 miles from NASA Mission Control by car (that trip could be cut to about 2 miles if one were to swim across Clear Lake), the Sails have a number of families among their ranks associated with both NASA and the ESA (European Space Agency).

NASA Commander Doug Hurley just returned on the SpaceX Crew Dragon Demo 2 after spending 2 months on the International Space Station. Within the scientific community, the mission was a milestone in that Hurley, along with fellow astronaut Bob Behnken, were the first crewed ocean return from space in 45 years – since 1975. The Demo-2 mission that they were part of was the first crewed mission for Elon Musk’s space company SpaceX, which is hoping to revolutionize space flights by both privatizing it, as well as developing reusable spacecraft that is expected to drastically reduce the cost of space travel.

The mission was the first crewed orbital spaceflight launch from U.S. soil since the Space Shuttle program ended in 2011.

Hurley’s 10-year old son Jack is an age group swimmer on the Sails team. His wife, Karen Nyberg, is a retired astronaut who has spent 180 days in space herself. Nyberg was the 50th woman ever in space.

And so it is that a South Shore Sails cap earned a spot in space. The photograph above was taken in the cupola of the International Spaces Station last week.

Hope they brought it back or else it would just be more space junk.

All those connections I never knew…