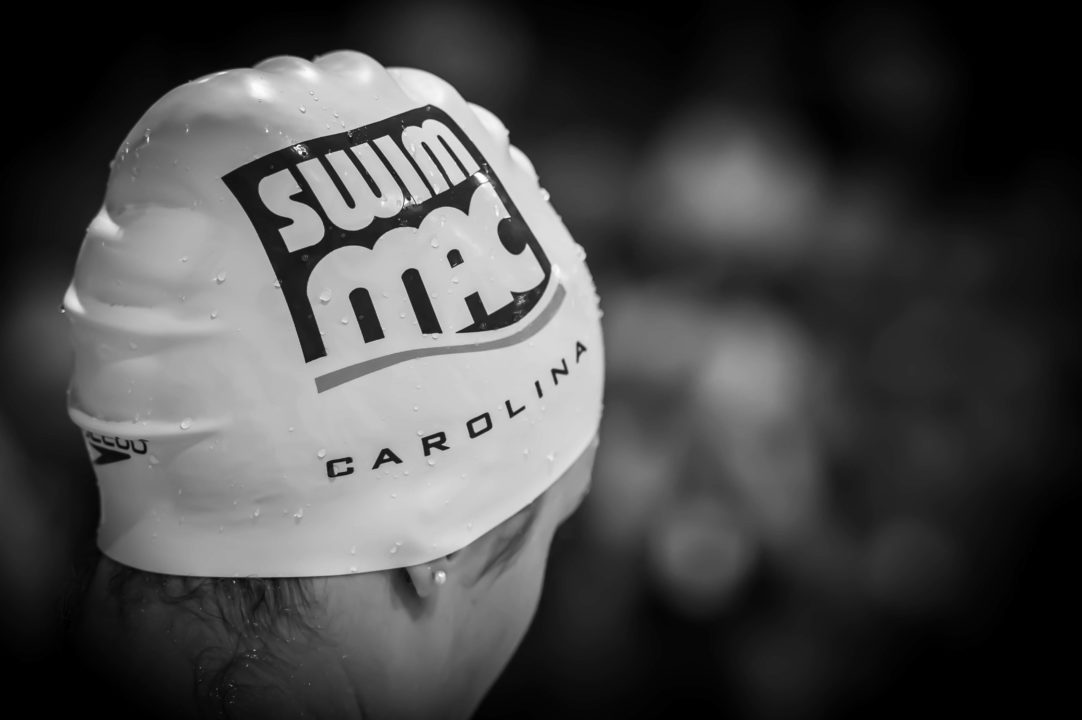 Fritch has been the club’s head coach since February of 2017 when he took over for David Marsh, and has been with the club in some capacity for 17 years.

“We appreciate his 17 years of dedication to SwimMAC Carolina, including his last four years serving as head coach, and the improvements he made in both our competitive and learn-to-swim programs,” the club said in a press release.

“During this period, SwimMAC athletes regularly achieved top finishes across all levels of the club, and our swim school and development programs taught thousands of children to learn to swim.”

Prior to Tuesday’s announcement, Lane’s role with the club was as the Director of Competitive Swimming Curriculum and Coaching Development.

“Eric is well-prepared for this new assignment,” the club said. “He brings valuable perspectives to further development and mentoring of coaches as we seek to advance a culture and a program that is centered on excellence in instruction. Eric is an active member of the American Swimming Coaches Association (ASCA), and during his tenure he has designed training protocols and plans for members of the US, Israeli, and Brazilian National Teams.”

SwimMAC Carolina has long been one of the top clubs in the country. In 2019, it finished second behind Nation’s Capital in USA Swimming’s Club Excellence Program, which measures the strength of the club’s 18 & under athletes.

“This transition represents the execution of a planned and thoughtful succession strategy. We look forward to expanding Eric’s leadership role and wish Terry Fritch all the best in his next endeavors.”

I can tell you right now, athletes left because they were getting workouts and then swimming laps. I think that some coaches might have missed the ball on the passion that they need to bring to the table with the “less than stellar” groups. Terry, I do know, was respectful on deck at meets and always showed professionalism to smaller teams that didn’t have as good of swimmers.

I’d be interested to know if there was a real reason. I mean it could be personal or it could be professional. We don’t know. Being a head coach puts a huge amount of pressure on a person. Even if it it was a small amount of time you need to… Read more »

Marsh didn’t just “leave”. He was pushed out. And Terry lead the way on that. That’s not speculation or rumor, that is what happened and I am witness to it as a former employee there who was hired by DM. Not speculation. Factual.

David was “pushed” out because he only cared about the pro athletes and his new Israel consulting gig. SwimMac has a reputation for high coach turnover and very little attention to detail (mileage over technique).

You’re literally responding to someone who coached with and under him for 5 of his 10 years at MAC. 10 years for a CEO of an institution such as MAC is hardly a “turnover”, that’s a culture shift. And I can assure you, even the Senior 1 level athletes (Jr National and above) sometimes barely went above 4500m/yds. I would know, I wrote the practices. Your statement is entirely inaccurate.

To be clear, under Marsh’s leadership he nearly ran the club into the ground. The club was within 2 weeks of shutting the doors. Factual. As CEO he took no accountability for his poor leadership and management. He wanted the CEO title and paycheck, but none of the responsibility. Factual. He brought in a Executive Director who made bad decisions and further put the club in a bad position. These are facts. He was the CEO of an age group club but wanted nothing to do with actually working with the kids. Factual. I understand when he was removed as CEO and offered the head coach job he was given everything asked for but did not want to be held… Read more »

Ahh, the age old “My 12 year old little Johnny isn’t getting the attention of the head coach” problem.

Don’t think SwimMac gave Terry enough time to prove his leadership. SwimMac has always been a powerhouse, but the bottom line is the Charlotte swimming community is HUGE. The surrounding teams are starting to gain momentum, and unfortunately Terry took the blame for that.

Not gonna lie…weird to know that Madison Kennedy is on the board at MAC and Eric Lane is her husband. Did they even ask Kathy McKee?

I guess you are required to have a strong Strength and Conditioning aka Dryland training background to lead the “best” swim club in the country.
https://www.linkedin.com/in/eric-lane-9a9a16145/

Would second many comments here. Not to take anything away from the people Eric and Terry are but as an alum it is sad with what has transpired there. The board mismanagement is real.

Although on an opposing club in NC, Terry always supported me and was great to see on deck and talk to. Best of luck Coach T and hope to see you around soon

Rule #1: Try not to Coach at Board run or parent run swimming clubs.

I agree. They are all out for themselves and what benefits them or their swimmers. This is a FACT. Hard to come by because they talk a good game but be aware coaches.

Micro-managing board? Unruly parents? 17 years at a club and finally get promoted to the head coaching role at one of the top clubs in the country and only last a relatively short period of time in the captains chair? Wonder what the sentiment was amongst the membership when they heard the news? There’s the public press release and the real backstory.

With SwimMAC on his resume, I’m sure Terry will have plenty of opportunities in front of him to evaluate. Will be interesting to see who they land for the job. Marsh 2.0, poach a top collegiate assistant or a respected club head coach?

Hoping for better things for Terry. Change is a good thing and it this case likely long over due.