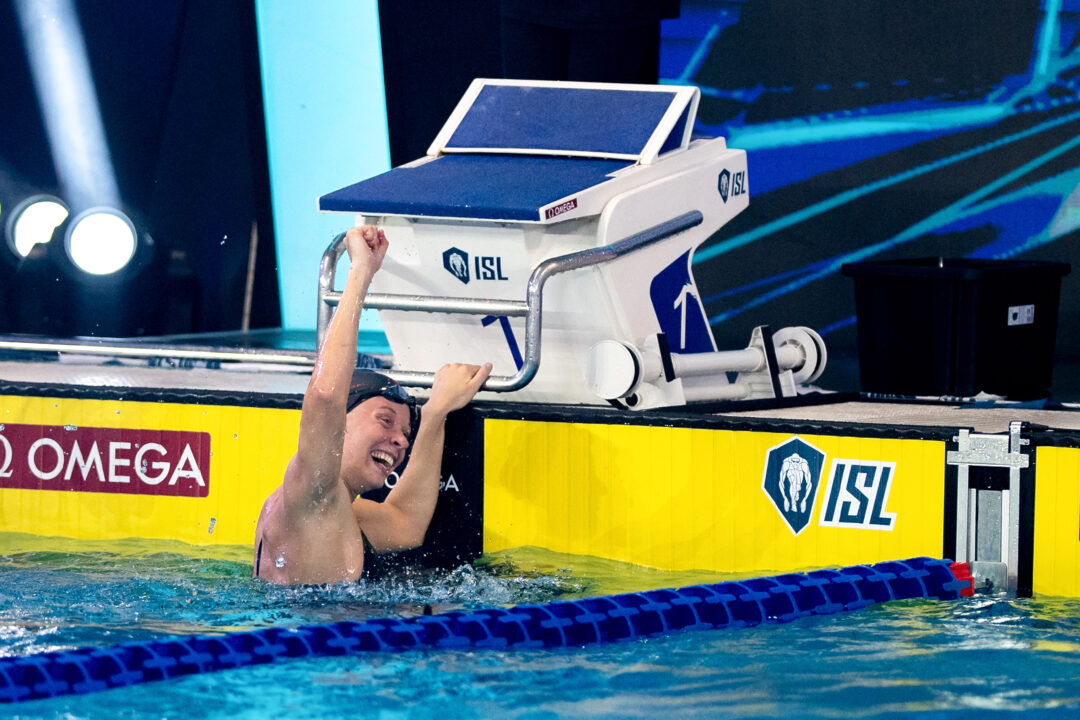 Louise Hansson and Kylie Masse both obliterated their respective national records to go 1-2 in the women’s 100 backstroke final at the 2021 Short Course World Championships, with Hansson winning her second gold medal of the session after coming into the day with zero in her career.

In the semi-finals, Hansson lowered her own Swedish Record of 56.03, set in October on the FINA World Cup circuit, in a time of 55.85, earning her Lane 4 for tonight’s final.

Masse made it close at the end, but Hansson held on for gold in 55.20, knocking .65 off her National Record from the semis.

This closed off a sensational session of racing for Hansson, who started things off by swimming the backstroke leg on the Swedish women’s 200 medley relay that tied the world record and won gold in a time of 1:42.38. Hansson also broke the Swedish Record for the 50 back on the lead-off leg in 25.91, downing her previous mark of 26.07.

As for Masse, she was just .02 back in 55.22, reclaiming the Canadian Record that Ingrid Wilm stole from her during the 2021 ISL season.

Masse held the record at 56.02 for five years, done at the 2016 SC World Championships (where she also won silver), and then Wilm lowered the mark a few times during the ISL season, with the record coming all the way down to 55.61.

Masse had set a new personal best time of 55.77 in the ISL prior to her swim here in Abu Dhabi.

Hansson and Masse are actually ISL teammates with the Toronto Titans, and as a result, with the club also having American backstroker Lisa Bratton on its roster, Hansson didn’t race this event at all during the season.

Hansson and Masse also climb the all-time rankings in the SCM 100 back pretty significantly with their finals swims. After coming into the day ranked 11th and 12th on the all-time performers’ list in the event, they now sit fifth and sixth in history.

Berkoff, who went on to win bronze in 55.40, moves to ninth all-time and #2 among Americans, trailing only 2018 world champion Olivia Smoliga.

Wow 5 under 56 that’s impressive. Hansson has been on fire recently. Berkoff too.

And Masse finally with a SCM time a little more befitting for a 57.7 LCM swimmer. Though tbf compared to the other two girls who can go 57, she’s probably the best actual swimmer over 100m (hence more suited to LCM).

Top 3 finishers swam in to the Top 10 all time list, fast final.