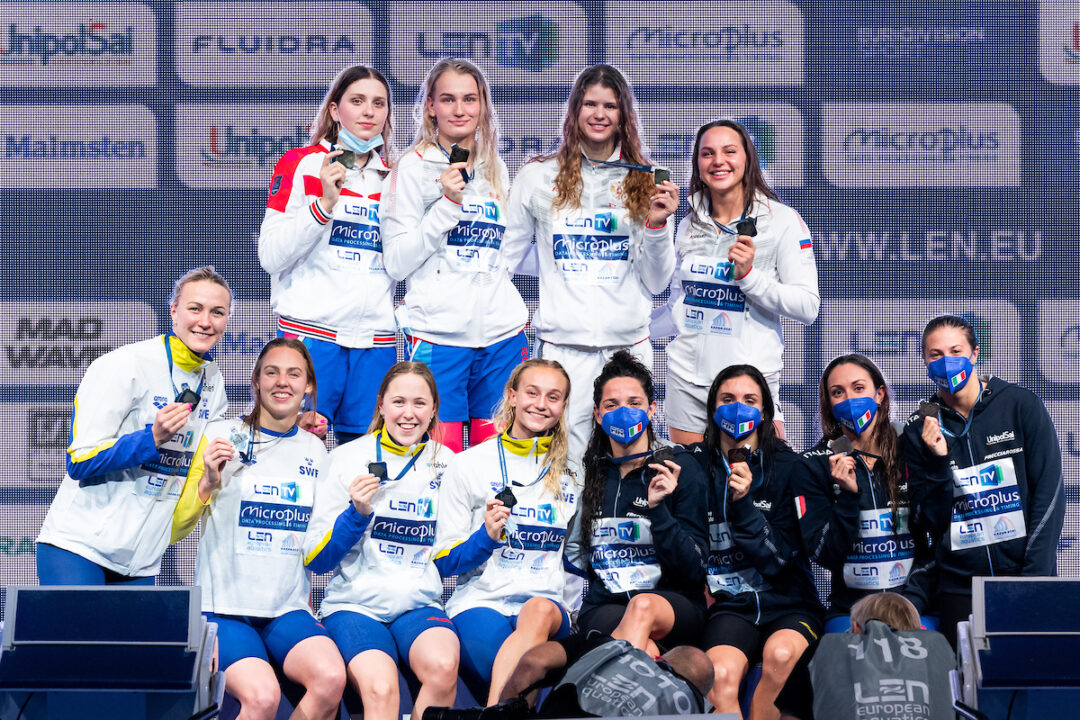 Sweden's Hanna Rosvall placed 14th in the 100 back semifinal on Sunday. She was ranked #22 in the 200 back this morning. Archive photo via Andrea Staccioli / Deepbluemedia / Insidefoto

There were quite a few scratches for the prelims of day six of the 2022 World Championships in Budapest.

Two women scratched the 200 backstroke: #22 seed Hanna Rosvall of Sweden and #30 Ganga Malwaththage of Sri Lanka. Rosvall was ranked 20th in the 100 back earlier and she made it to the semifinal where she place 14th. Malwaththage has effectively withdrawn from the meet as this was her last individual event. Rosvall is also done with her individual events now.

In the men’s 100 butterfly, #55 seed Ayman Klzie of Syria scratched. He placed 51st in the 50 fly and this was his last individual event of the meet.

The men’s 50 freestyle had the most scratches with six swimmers dropping the event from their lineup. The highest-seeded scratches came from Singapore’s Tzen Wei Teong (#18) and Sweden’s Elias Funch Persson (#50). Tzen Wei placed 8th in the 50 fly final earlier and he likely scratched the 50 free to focus on the 100 fly this morning. This was Funch Persson’s first individual event of the meet and he is still entered in the 50 back.

The women’s 800 free is missing #14 Marlene Kahler of Austria, a rising sophomore at USC. She finished 17th in 400 free earlier, scratched the 1500 free, and finished 21st in 200 free. #24 seed Zhanet Yavorova Angelova of Bulgaria also scratched the 800. She placed 29th in the 200 free and 25th in 400 free. This was the last individual event of the meet for both swimmers.

Notably, as we reported earlier, 14-time world champion Caeleb Dressel of the U.S. has withdrawn from the meet due to undisclosed medical reasons. He was the top seed in the 100 butterfly and 50 freestyle today. Italy’s Leonardo Deplano also withdrew from the meet after testing positive for COVID-19 before the competition began. He was ranked #16 in the 50 freestyle.