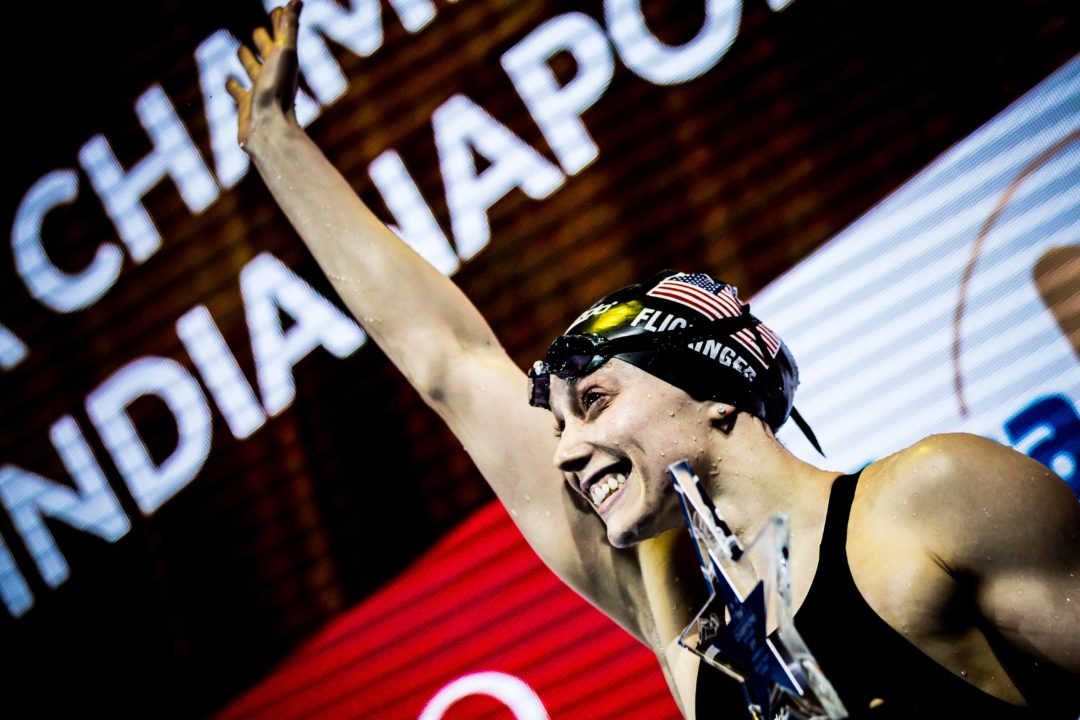 Flickinger finished with a 2:06.40, now the fastest time in the world. Flickinger’s time also was faster than Hosszu’s Budapest time of 2:06.62. Current photo via Jack Spitser/Spitser Photography

With one of the most anticipated races of the evening, Hali Flickinger and Katinka Hosszu went at in the first 100 of the race. Kelsi Dahlia used her sprint speed to keep up with the duo but faltered in the remaining half of the race. In the final 50, Flickinger was a body length ahead of the Iron Lady and could not be stopped.

who else thinks Hali is the real deal going into Tokyo ? She does it all

Remember when we used to get multiple 2:04s in the same race?

Not in my memory outside of Championship meets.

Because of that insane world record 2:04 doesnt look that impresive, but no woman has been Inside 2:04 without the magical suits