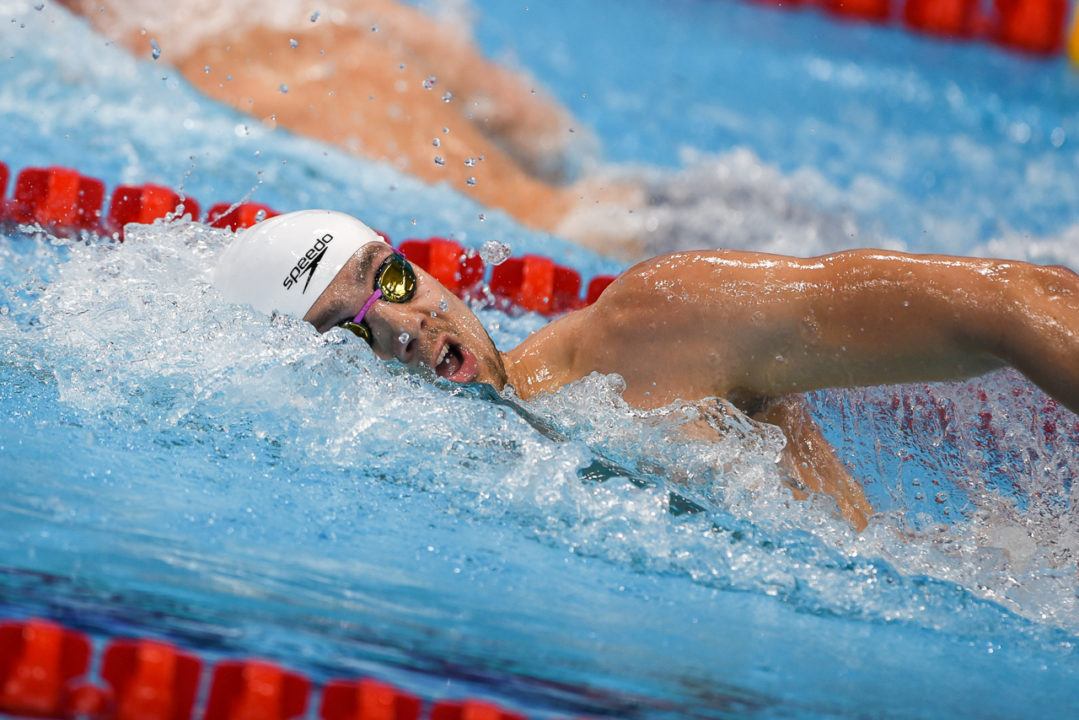 James Guy doubled up on his 200 fly victory from last night with a 200 free win on night 3 of the Stockport Metro November Meet. Archive photo via Peter Sukenik/www.petersukenik.com

Stockport Metro’s Holly Hibbott wrapped up a stellar meet with a win in the women’s 400m freestyle tonight. Clocking 4:02.25, the Commonwealth Games bronze medalist beat the field by over 6 seconds en route to notching a new personal best in the mid-distance event.

Entering tonight’s race, Hibbott’s career-fastest in this 400 SCM free was the 4:03.13 she earned at the 2016 ASA Winter Meet. As such, tonight’s outing represents the 19-year-old’s first occasion under the 4:03 mark. Her result this evening now checks Hibbott in as the 8th fastest British performer of all-time, as well as positions her among the top 10 performers in the world this season.

Runner-up in that women’s 400m free was multiple Commonwealth Games medalist Freya Anderson. The sprinter showed her versatility by collecting silver in the race in 4:08.71 before moving on to her bread-and-butter 100m free event later in the session.

In that 100, Anderson produced a winning time of 53.58 to represent the only swimmer in the field under the 54 second mark. Anderson also clocked the fastest effort in the 50m breaststroke en route to gold, stopping the clock at 31.30.

Matts was also successful in the 200m breaststroke, where the 20-year-old topped the podium in a mark of 2:22.93, winning by over 6 seconds.

Although Olympic medalist James Guy wound up not racing his 100m fly tonight, he did notch a victory in the 200m freestyle. Registering a winning effort of 1:45.79, yesterday’s 200 fly gold medalist beat out the likes of Cameron Kurle and Calum Jarvis. Kurle touched in 1:47.30 for silver, while Jarvis rounded out the top 3 in 1:48.41.

That 50br takes Anderson 4th all time in that age group in Britain SC, and it got me thinking;

Her range and versatility is quite special.

What age breaststroke records does she hold? I was interested because I hadn’t previously realised her range, but couldn’t find it. Good stuff!

British Swimming technically only has one set of Junior Records for SCM, so Freya is the fastest 14-year old British 100 SCM breaststroker in history, for example, but it’s not technically a ‘record’ just an ‘all-time best for her age,’ – which is I think what Dee was referring to. She’s #2 all-time for 14-year olds in the 200 SCM breaststroke (behind Molly Renshaw). That was the closest I could find.