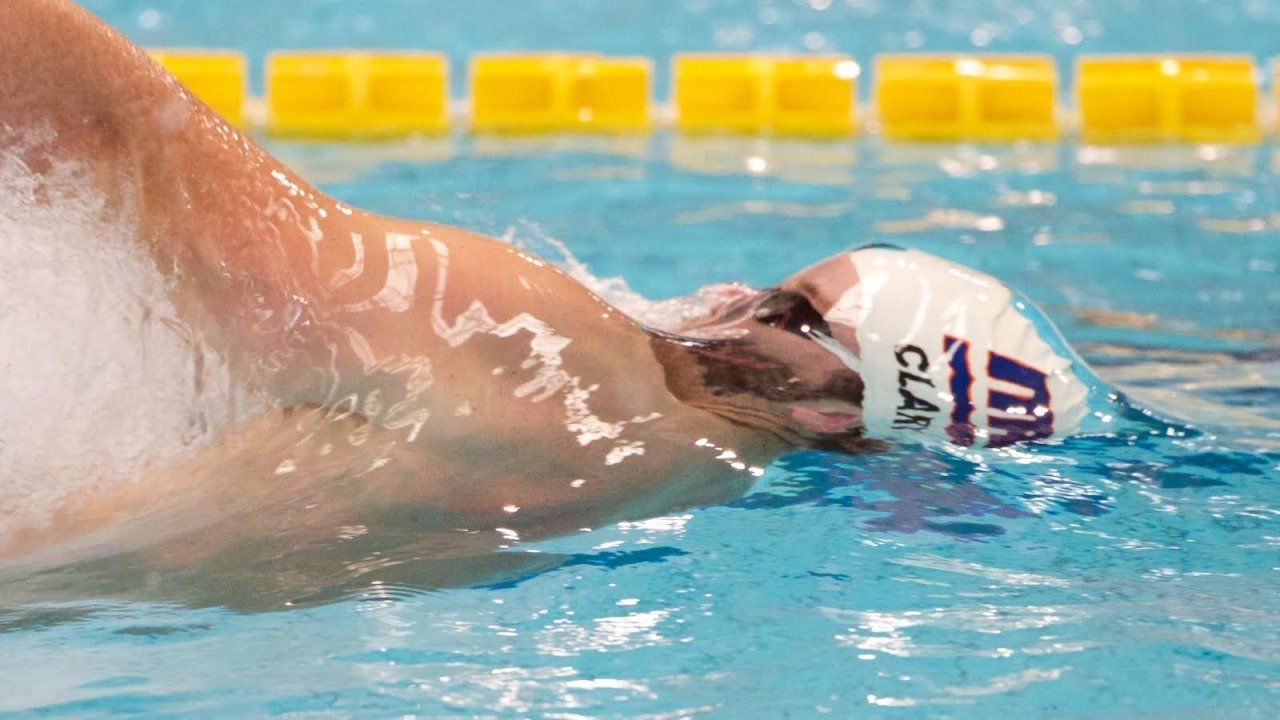 With USA Swimming's Grand Prix series kicking off in chilly Minneapolis this week, swimming fans have an early glimpse into what the series points battle might look like. Archive photo via rafael domeyko, rafaeldomeyko.com

With USA Swimming’s Grand Prix series kicking off in chilly Minneapolis this week, swimming fans have an early glimpse into what the series points battle might look like.

It’s not a huge surprise that versatile Olympians Elizabeth Beisel and Tyler Clary have jumped to early leads in the points.

The point standings are basically identical to the money lists.. Though the prize money for the top 3 finishers in each event has doubled, the points remained the same as last year – that doesn’t affect the points battle, though, as the ratios have stayed the same. Where last year, $100 of earnings equaled 1 point, this year it’s $200 that corresponds to a point in the standings.

The Grand Prix series continues over five more meets through next summer, with the overall winners in series points for each gender earning $10,000 and a 1-year lease of a new BMW.*

*The usual stipulations are in effect: only American citizens can win the car prize, and amateur athletes (those in the NCAA or who plan to swim in the NCAA in the future) can’t necessarily accept the full prize money amounts.

Beisel looks in great shape on the women’s side, holding a 10-point lead on last year’s BMW winner Caitlin Leverenz. (Hungarian Katinka Hosszu actually won the series, but Leverenz was the highest car-eligible finisher). Beisel’s event selections in Minneapolis suggested she’s all-in for the series points title – most telling was when she entered the 1650 free on Saturday instead of the 200 IM, picking up a big win in a very difficult off-event instead of staying in her traditional IM races and competing with a tough crowd for points.

Clary, meanwhile, leads the men’s race by 6 over sprint star Nathan Adrian and 7 over defending series champ Conor Dwyer. Adrian is the tough one to predict. He won the 50 and 100 frees and also earned 3 points for his runner-up 200 free effort. With the rest of the series switching to long course meters, it seems less likely that Adrian will continue to enter (and score in) that 200 free, so he might not be Clary’s biggest threat for the title.

Dwyer, meanwhile, has the same advantage Beisel does, in that he can enter a wide range of races, depending on where competition is most fierce. Clary’s awfully versatile too, though, and this race could turn interesting if guys like Ryan Lochte or Chase Kalisz show up down the road to steal IM points from Clary.

Also keep an eye on Miguel Ortiz, who isn’t eligible for the car, but had a great meet in Minneapolis and is tied with Dwyer for third. Ortiz is much more of a versatile sprinter, and could benefit from swimming the shorter races if Clary and Dwyer have to go head-to-head for winner points in the longer events.

These point standings will stay as they are for a length of time now, with the Grand Prix series halting until the Austin stop from January 15-17 of next year.