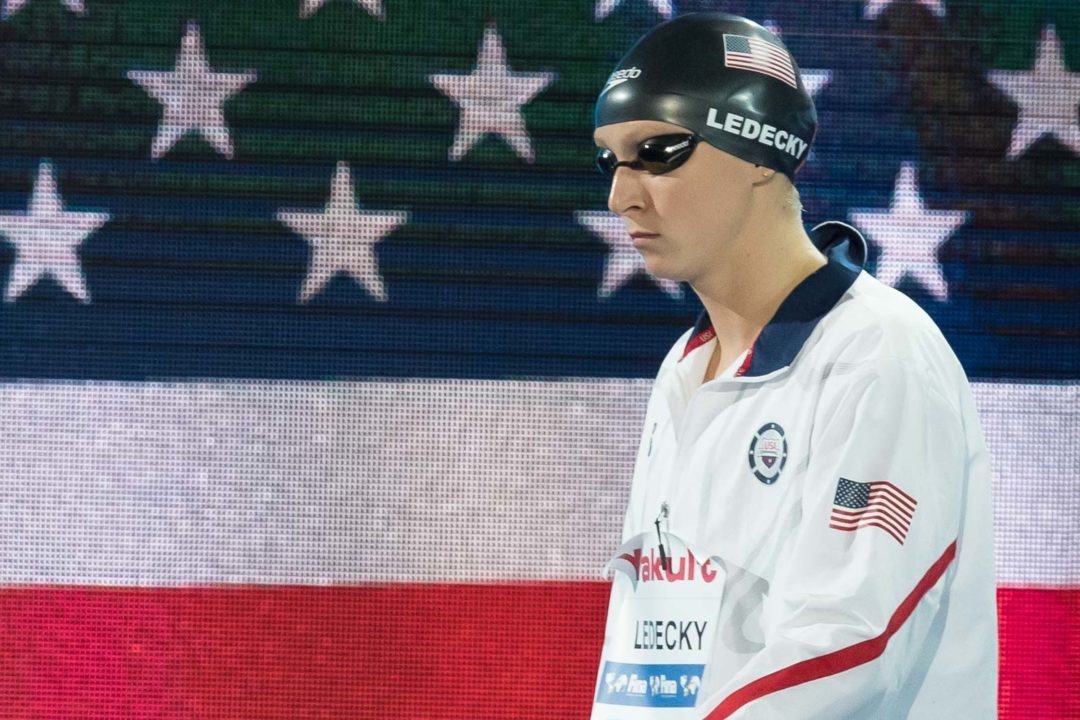 SwimSwam's picks for each of the Golden Goggle Awards. Archive photo via Mike Lewis/Ola Vista Photography

We pride ourselves on making the most rational, unemotional picks. Of course, anyone who was even nominated is worthy of celebration, and we commend them for what they bring to the sport. Notably, it’s the first Golden Goggles in the post-Phelps era, opening up some room for fresh faces.

Use our suggestions, or not, when you make your official picks. But remember — fan voting will count for a percentage of the final vote.

Below, we’ve posted all nominees and underlined our pick, including a brief explanation.

It’s hard to nail down a specific connotation of perseverance, and each of the nominees embodies a different aspect of it: Beisel for her career longevity, Grevers for his strong comeback after missing the 2016 Olympics, and Twichell for commanding the open-water scene after overcoming chronic injury. However, we’re going with Twichell for her big 2017 open water run. She punched her ticket to Worlds after winning the 10 at Nationals by over a minute, and took gold in the 5K and silver in the mixed 5K relay at Worlds. The bigger-name favoritism toward pool swimmers will probably push the final vote to Beisel or Grevers, though.

As Indiana University head coach and an assistant coach for the women’s Worlds team, Looze took four of his collegiate swimmers to Worlds for a grand total of nine medals. Lilly King won four of those — all gold — and Zane Grothe, Blake Pieroni, and post-grad Cody Miller combined for five more on relays (Miller was also 5th in 100 breast and Grothe 8th in the 800 free). He also led the Hoosiers to top-8 finishes on both the men’s and women’s sides at the ultra-fast NCAA Championships. There are other coaches on this list who had swimmers finish higher, and we’re not to discount that recruiting is a part of the college process, but Looze’s swimmers had the biggest rise in the last year – and for us, that’s what counts. Meehan will probably win, though.

For the third-straight FINA World Championships, the American women took gold in the 4×100 medley relay, this time in World Record fashion. Winning the race by over two seconds, the women took a full half-second off the previous record. Kathleen Baker nabbed the lead (58.54), Lilly King was strong against Yuliya Efimova (1:04.48), Kelsi Worrell regained the lead in fly (56.30), and Simone Manuel did her thing with the free anchor leg (52.23).

Lilly King‘s year-long rivalry with Yuliya Efimova came to blows at Worlds, and the 20-year-old handled it like a champ. She broke the world record — previously set by Ruta Meilutyte in 2009 — going 1:04.13. She went out under :30, and managed to put of the fastest back-half in the field (29.80/34.33). Though the other nominated swims were certainly great, it’s really only King’s own 50 breast World Record that could rival her 100. Taking into account the drama in anticipation of the race, the 100 has to prevail.

Anyone who legitimately scares a Michael Phelps tech suit-era World Record is going to get our nod (we know, he wasn’t in the same tech suit as everyone else, but he’s still Michael Phelps). In the 100 fly, Dressel dropped a 49.86, good for the fastest-ever textile swim and only .04 off Phelps’ record. Not to mention, he’d already set the 50 free American record just minutes prior. Dressel’s 100 free is a tough call as the first American world championships win since 2001, but he’ll have to break :47 to grab Cesar Cielo‘s attention. Kalisz was impressive with the third-fastest ever 400 IM, but he’s got a ways to go before Phelps — or Ryan Lochte for that matter — should worry.

We knew that Ledecky’s foray into college swimming would be great, but to actually see it was stunning. She smashed Janet Evans‘ Stanford 1000 free record by 20 seconds, set the 400 IM American record at Pac-12 Championships, and at NCAAs won the 500 free by four seconds, set meet and pool records in the 1650, and tied for first in the 200 free. At Worlds she obliterated the distance competition to give her a 3-peat in World titles in the 400, 800, and 1500. She settled for mere silver in the 200 free, and anchored the United States to gold in the 4×200 free relay. She now owns 14 FINA World Championships gold medals, making her the most decorated woman in Worlds history.

This is a short list – because the American men still didn’t have a great meet at Worlds, relying on a couple of swimmers to really carry the team’s medal count. While Kalisz managed the elusive 200 IM and 400 IM sweep in Budapest — the first time since Lochte did it in 2011 —  he once again was not quite in GOAT territory. Dressel racked up a Phelps-tying seven gold medals at Worlds (we know, mixed medleys), and became the first swimmer ever to win three of those golds on the same night (we know, mixed medleys). In his NCAA junior year season, he continued his unprecedented SCY run, winning the 50 free, 100 fly, and 100 free — the latter two in American record fashion.

Agree with these picks. But I’m leaning towards Troy for coach of the year because Dressel’s year was so phenomenal. Meehan will probably win though.

Which is more worthy of being Female Athlete of the Year? King did say she was shooting for the WRs and then delivered.