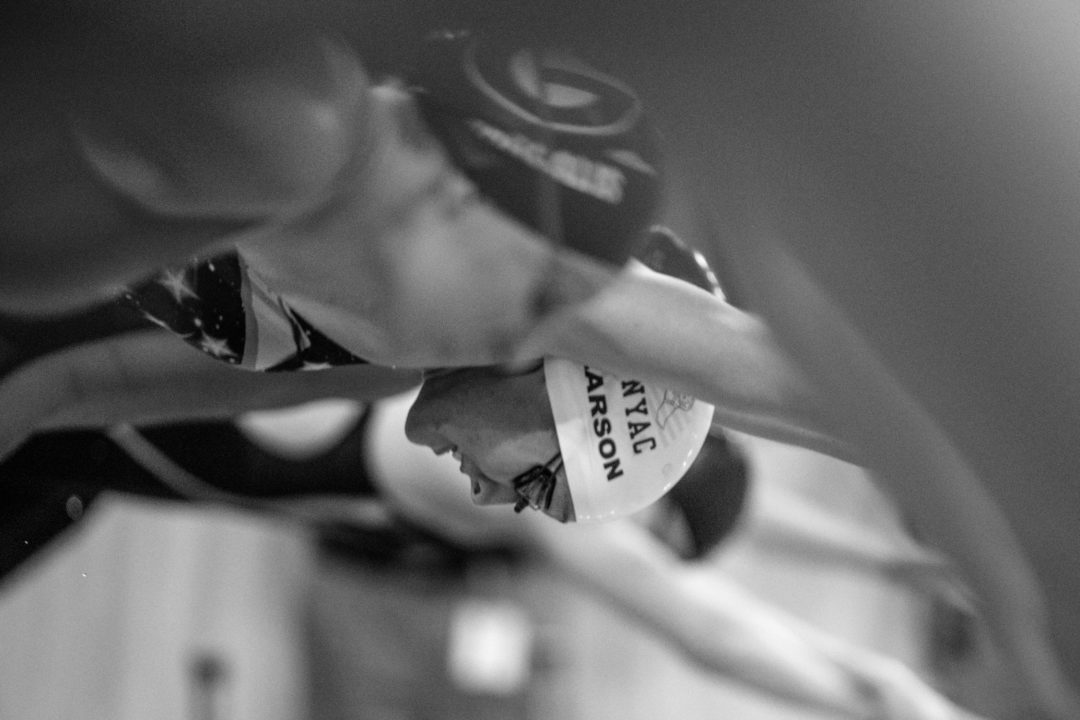 The Georgia swimming and diving teams will make their final appearance at Gabrielsen Natatorium this season as they host their... Current photo via Mike Lewis/Ola Vista Photography

The Georgia swimming and diving teams will make their final appearance at Gabrielsen Natatorium this season as they host their annual Bulldog Invitational Last Chance Meet this weekend.

The meet offers individuals the chance to qualify or improve their swimming times or diving standards for the upcoming NCAA Championships.

Saturday and Sunday prelims will begin at 10 a.m., with finals to follow at 5 p.m. Saturday and 4 p.m. Sunday. Admission is free.

The NCAAs for the women will take place March 15-18 and the men will compete March 22-25. Each championship will be held at IUPUI in Indianapolis.

On the men’s side, Chase Kalisz, Pace Clark and Jay Litherland have recorded A cuts, while 16 additional Bulldogs boast at least one B cut heading into the weekend.

Swimmers with B cuts can advance to the NCAAs if an event does not have a full allotment of A cuts.

In diving, Olivia Ball, Madison Duvall, Allison Greene, Kelly Thatcher, Mackensi Austin, Ian Forlini, Charlie  Clifton and Walker Wheeler have Zone qualifying scores already. They will compete March 6-8 in the Zone B Championships at Auburn in an attempt to advance to the NCAAs.

Georgia can bring a maximum of 18 swimmers or 17 swimmers and one or two divers to the NCAAs. A swimmer at the NCAAs may enter a maximum of three individual events and compete on up to four relays. A diver may compete on all three boards once qualified.

Both Georgia teams are coming off second-place showings at the Southeastern Conference Championships in Knoxville, Tenn. ESPNU will air a recap of the men’s portion of the SEC Championships on Monday at 4 p.m., followed by the women’s meet at 5:30 p.m.